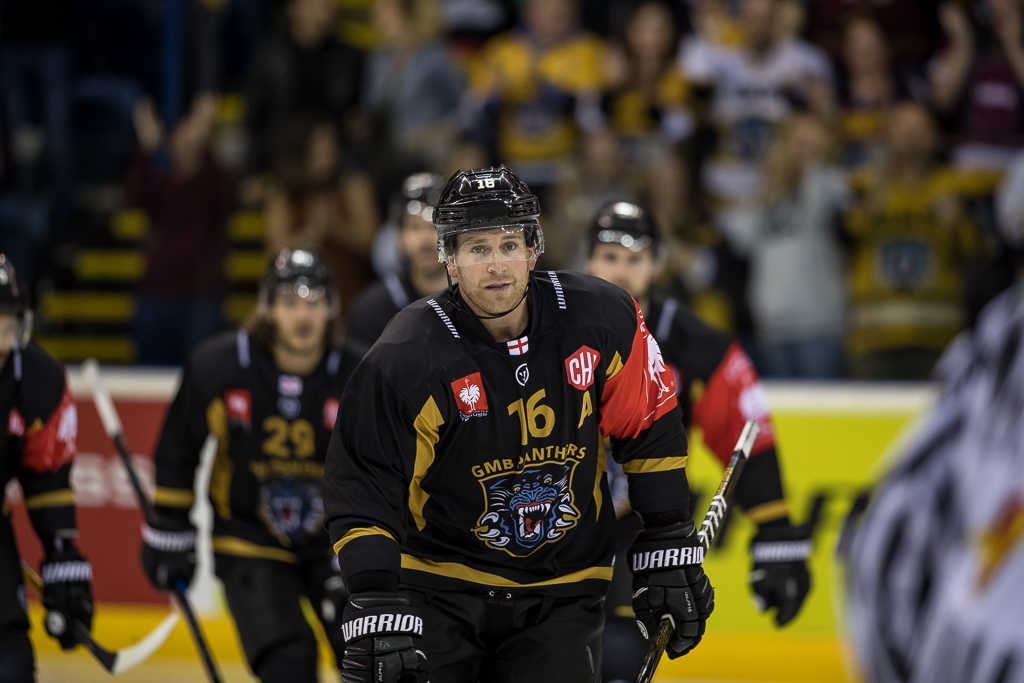 The GMB Nottingham Panthers top their group in the Champions Hockey League after a splendid and deserved 4-2 win over top Swiss side Bern.

As Panthers coach Corey Neilson was praising his troops, his opposite number and Bern players did the same.

They told reporters the “best team won” on the night.

There are two games to go in the group stages of Europe’s top club competition, with the top two teams qualifying for the knock-out stages.

Panthers have games at home and away to Turku in October, while Bern face the team from Hradec Kralove in the Czech Republic.

The Swiss team have been a pleasure to work with both at home and abroad.

They were ranked fourth out of the 32 teams involved in this year’s competition, making them the top ranked team in the group.

Turku are ranked ninth. Panthers were 32nd in the rankings before the tournament began, but have been raising eyebrows along the way as well as re-writing the hockey history books.

Panthers qualified for the CHL when they became the first British club in twenty years of trying to win a European trophy with their success in last season’s Continental Cup.

This season they became the first British team to win an away game in the CHL.

Then, they became the first British team ever to win two games in the group stages with their back-to-back successes against Hradec Kralove.

Before the CHL resumes in October, Panthers start their domestic campaign in the Elite League and the Challenge Cup.

Next week sees Coventry in Nottingham for league action. The match is included on the season ticket and for non-season ticket holders, seats are now on sale.