The GMB Nottingham Panthers take on the Edinburgh Capitals tonight as they look to cement their spot in the EIHL Predictor Bet Playoffs.

To do that, the Panthers need to secure at least 1 point against the league’s basement club in tonight’s 7:30PM faceoff.

Despite Edinburgh sitting at the foot of the league table, they are not to be taken lightly as it was only 3 weeks ago they travelled to Belfast and took 2 points out of Northern Ireland in regulation time.

Will the Panthers book their spot in the playoffs, or will the Capitals play spoiler and take the points back up north with them?

The first meeting between the sides took place at the Motorpoint Arena in Nottingham, on October 21st, with the Panthers coming out winners by a 5-2 score line thanks to goals from Tim Billingsley, Alexander Mokshantsev (x2), Erik Lindhagen & Brett Perlini. 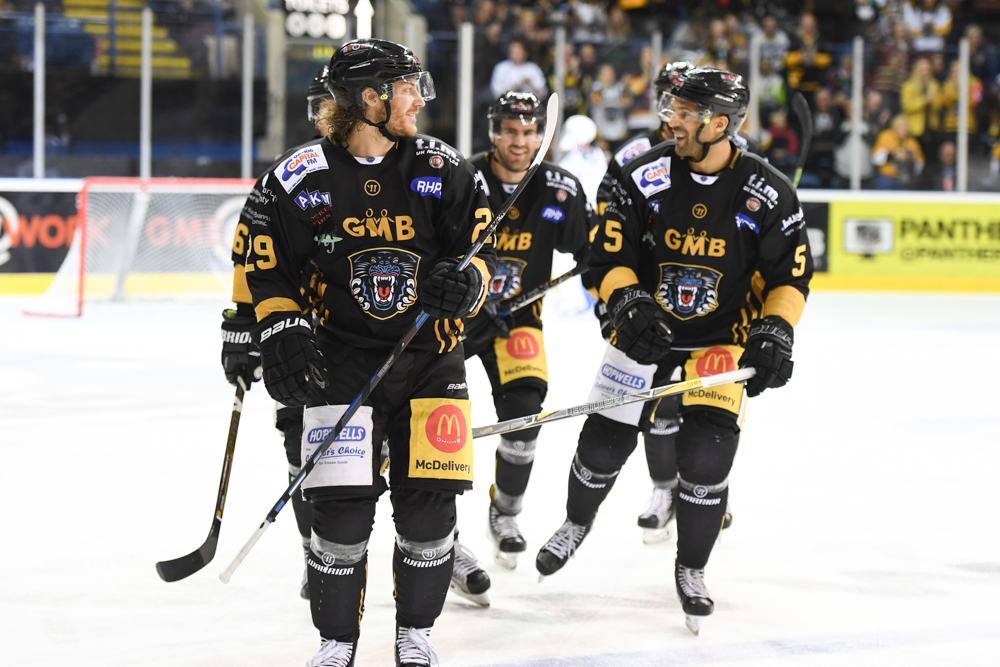 Things also got heated during the game as the gloves where dropped between the two sides as players from each received five minute penalties for fighting.

The teams wouldn’t meet again until February 25th with the score line being a lot more one-sided on that occasion as the Panthers skated out 10-1 winners in their third game in three nights north of the border.

A 5 goal 1st period blitz from the Panthers (with goals from Jeff Brown (x2) Alexander Mokshantsev, Erik Lindhagen & Mark Derlago) laid the foundations on which they never looked back from and they completed the victory, securing a 5 point weekend on their Scottish triple header weekend.

Luke Pither, Evan Mosey, Mike Vaskivuo, Josh Tetlow, with his first goal for the Nottingham Panthers and Robert Lachowicz rounded off the scoring for the Panthers, in a game which also saw Sam Gospel takeover from Patrick Galbraith between the pipes and gain some valuable in game ice-time. 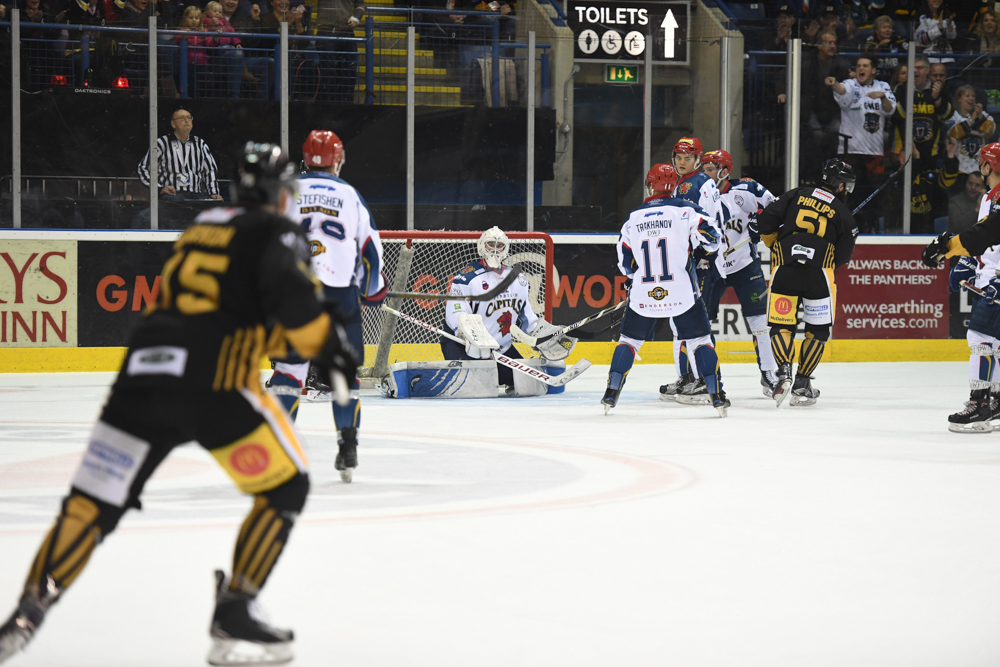 The Edinburgh Capitals come into this game with a much changed line-up from their last visit in October, due to a slew of mid-season departures including that of their coach Dmitri Khristich, whom defenceman (and now player coach) Mike D’Orazio has taken over from.

Both sides are coming off of zero point weekends, with the Caps suffering defeats to the Cardiff Devils (Sat) and Fife Flyers (Sun), whilst the Panthers came up short in a tightly contested game against the Sheffield Steelers on Saturday and, despite a valiant third period fightback, fell to the Belfast Giants on Sunday night.

Victory will be on the minds of both clubs for very different reasons, with the Capitals are playing for pride and eager to add another scalp to the one they took in Belfast 3 weeks ago.

The Panthers need the win to secure their place in (and begin to build momentum ahead of) the playoffs. 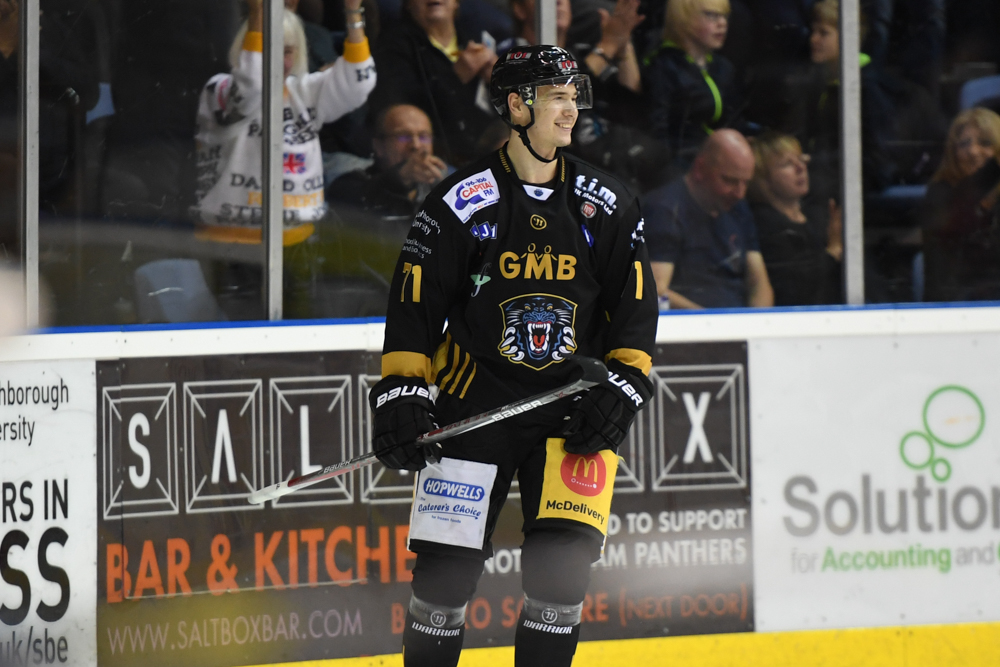 Alexander Mokshantsev has enjoyed both clashes with the Capitals this season and will be looking for more of the same tonight.

He has recorded 3 goals and 2 assists for 5 points in the two games so far, displaying all the skills that have captured the hearts of the Panthers Nation.

The young Russian fan favourite will be looking to add to that tally tonight in order to propel the Panthers into the playoff’s.