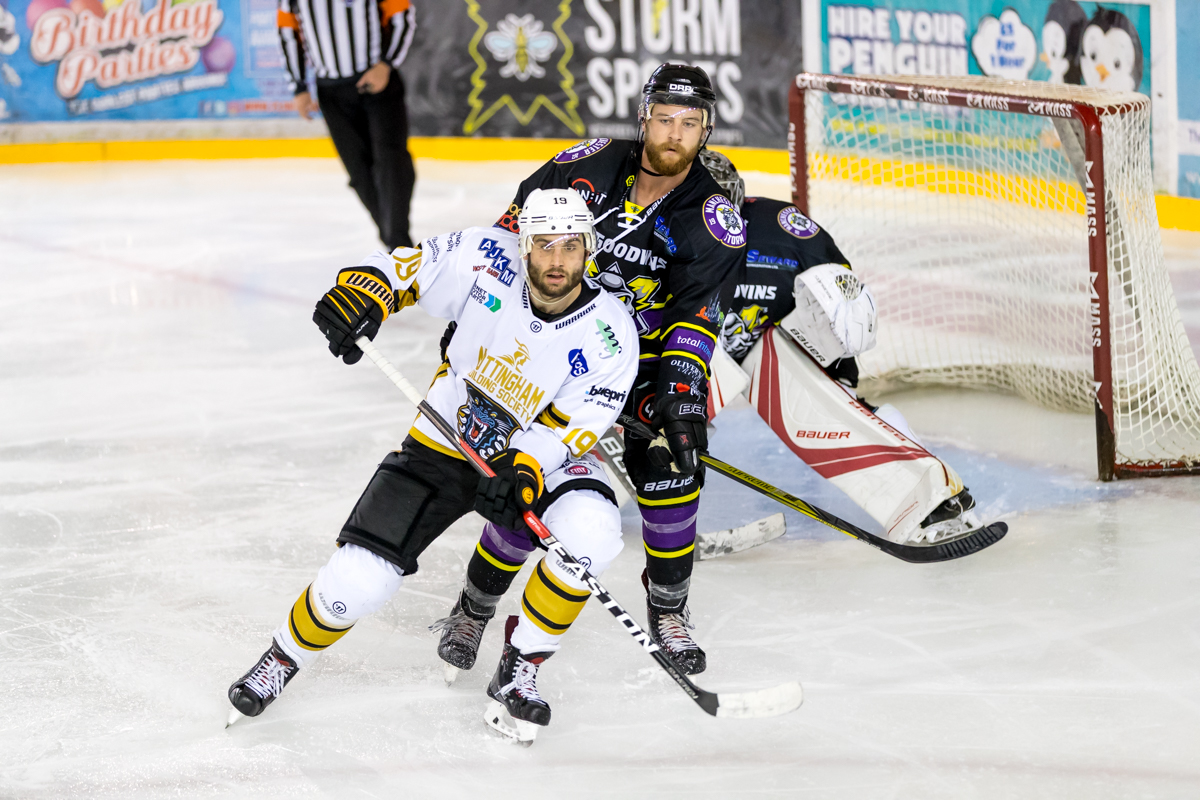 THE NOTTINGHAM Panthers head to Manchester today for Challenge Cup action in Altrincham against the Storm. The sides meet in the same competition in Nottingham on Friday November 2nd. Two wins would see Nottingham top the group and give the Panthers the right to “choose” their quarter-final opponents.

The home game in the Challenge Cup on November 2nd has now gone on sale. As usual, Challenge Cup games are not included on the Panthers’ season ticket but ST holders can take advantage of a £1 discount and their locations are held until close of business on Sunday 21st October. Any unsold season ticket locations will join the other seats on general sale from 9am Monday 22nd October.

Meanwhile, tickets are selling well for the next two home games. There are currently well under a hundred of mostly individual seats and the so-called sight-line seats (from the box office) for the game a week on Saturday against Sheffield and when Saturday night ice hockey returns this week with the visit of Coventry availability isn’t that great either. Block 19 hasn’t gone on sale yet but we don’t think it will be long before it needs to be opened up to cope with demand for the game against the Blaze.

There could be some “sponsors returns” for the Sheffield game that will be released for sale next week – WATCH THIS SPACE!