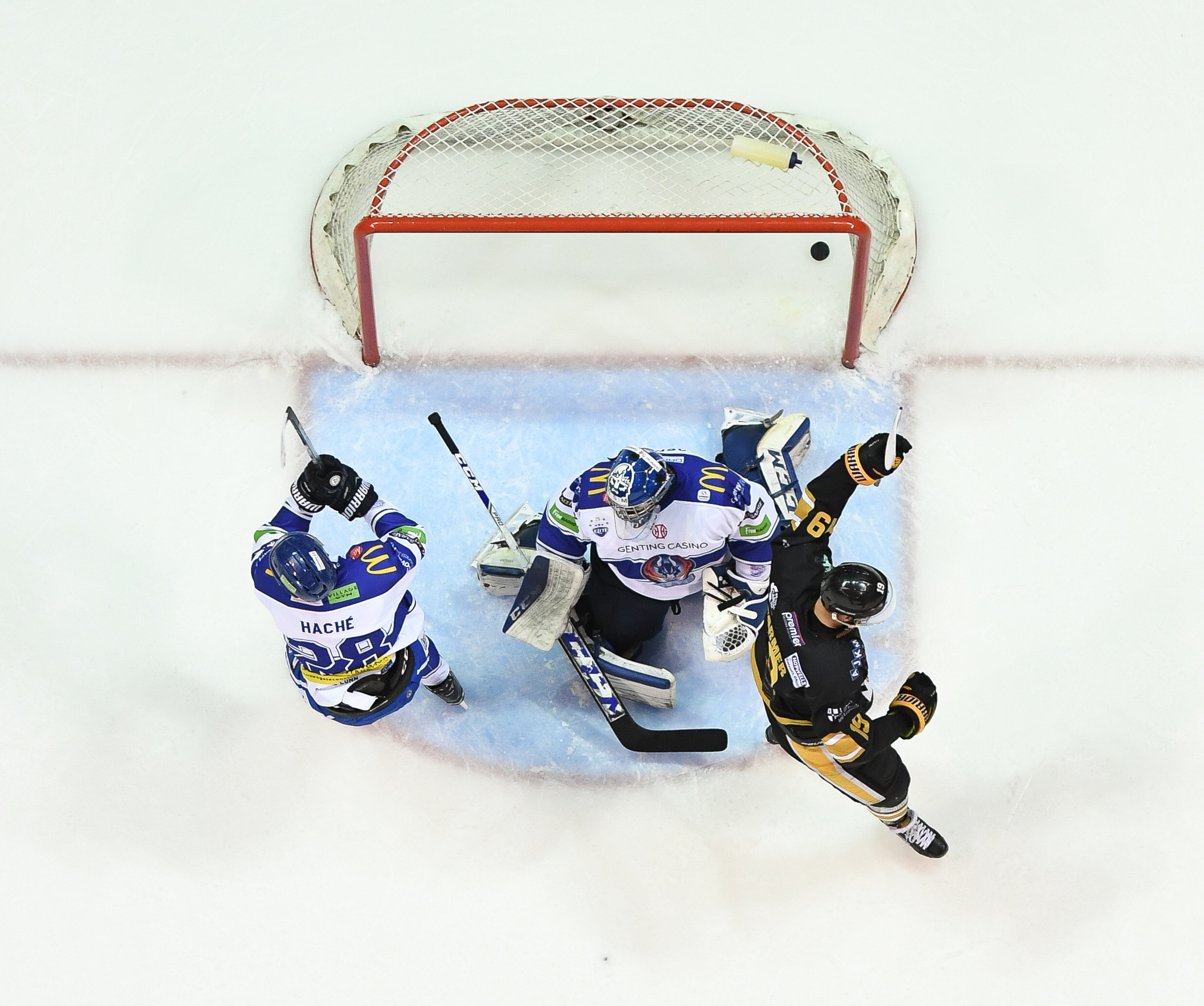 The Nottingham Panthers look to get back on track against the Coventry Blaze today (four o'clock face-off) after three defeats on the bounce over the festive period. Jon Rheault returned to the Panthers' line-up in Coventry on Saturday, where the Panthers were edged out in a nine goal thriller, and after making it through that game is set to make his first home appearance since 08/09/18.

AJKM Hockey Barn, home of the Midlands only synthetic ice (S'ICE) rink for use by the local community, sponsor this afternoon's game and you can find out more about them right here.

The ever popular fifty-50 draw will be operation as will the 'Shirt Off His Back' raffle, and once again there are not one but TWO gameworn festive charity shirts up for grabs. You've got to be in it to win it so get your tickets from the sellers around the arena and you could win a Michael Garnett or Gui Lepine jersey, or both if you're really lucky. The winners will be presented with their jerseys by Michael and Gui outside of the Panthers' locker room after the game.

It's your final chance to get the 2018/19 Yearbooks (£12) and the 2019 'Pucks & Pups' calendars (£11 - featuring animals from RSPCA Radcliffe-on-Trent with all profits going to Autism East Midlands) before the new year. They'll be on sale alongside the limited edition replica festive jerseys (only very select sizes remain) from the merchandise stand in the foyer.

After the success of the Christmas special issue of the match night magazine we now bring you the New Year’s Special edition, which is fronted by Panthers’ own FAMOUS FIVE and the hopes and resolutions of the gold medal winning GB players. Get yours from the sellers around the arena, priced at just £3, for exclusive content you can't find anywhere else, and don't forget the free-to-enter retro playoff jersey draw on page 31.