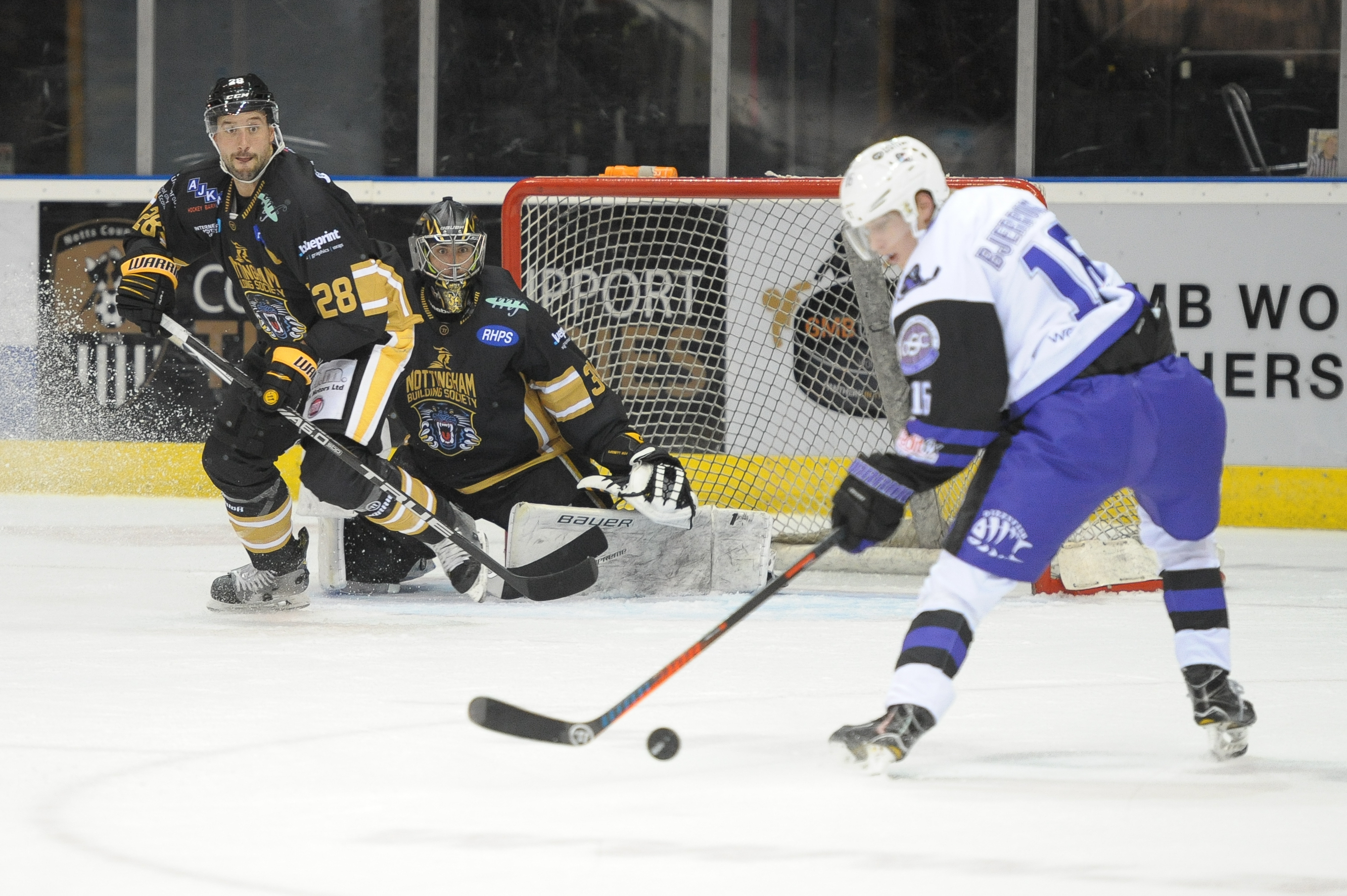 The Nottingham Panthers enter this evening's game against the Glasgow Clan, sponsored by the GMB, having won four in a row and will be looking to make it five in row against a team that has taken the early season series bragging rights against the Panthers.

Dylan Richard is in line to make his home debut this evening after picking up three assists in his first appearance for the club in the 8-3 win over Guildford last night. Tommy Hughes made it through last night's game, recording one goal and one assist in the process, unscathed so he will remain in the line-up after missing the previous three with an upper body injury.

Good seats are still available for and you can book tickets for the game by clicking the link at the top of the page, visiting the Motorpoint Arena box office or by calling 0843 373 3000.

2018/19 Yearbooks (£12) and the 2019 'Pucks & Pups' calendars (£11 - featuring animals from RSPCA Radcliffe-on-Trent with all profits going to Autism East Midlands) will be on sale alongside the limited edition festive jerseys (only select sizes remain) from the DVD stand on the concourse.

The ever popular fifty-50 draw will be operation as will the 'Shirt Off His Back' raffle where you could go home with the gold jersey of #21 Mark Hurtubise. You've got to be in it to win it so get your tickets from the sellers around the arena and the lucky winner will be presented with the jersey by Mark outside of the Panthers' locker room.

The latest edition of the match night magazine, that went on sale for the first time at Wednesday's game against Milton Keynes, will be available from the sellers around the arena. Pick up your copy, packed with exclusive content you can't find anywhere else, for just £3.00. Don't forget the free-to-enter retro playoff jersey draw on page 31, simply fill in your details and hand in to any fifty-50, programme of shirt off his back seller (or post through the Panthers' postbox on the fifty-50 desk) and you could win a David Clarke or Ollie Betteridge jersey.

Our parking partners at Nottingham City Car Parks who operate the Motorpoint Arena Car Park are offering a new deal to fans AND it matches their original season long deal! Fans who took advantage of the parking season ticket can park at the arena car park – just a slapshot away from the building – in and out all day on gamedays and it worked out at just £2 a game and the same goes for the new deal which based on the fixture list, at £42, also works out at £2 A GAME from December 1st, to book yourself in simply call 0115 8761444.

After the game the team will be eating food from Arena Catering and Dan Green will be live in the Encore Bar with one of the stars of the game taking questions from the floor.