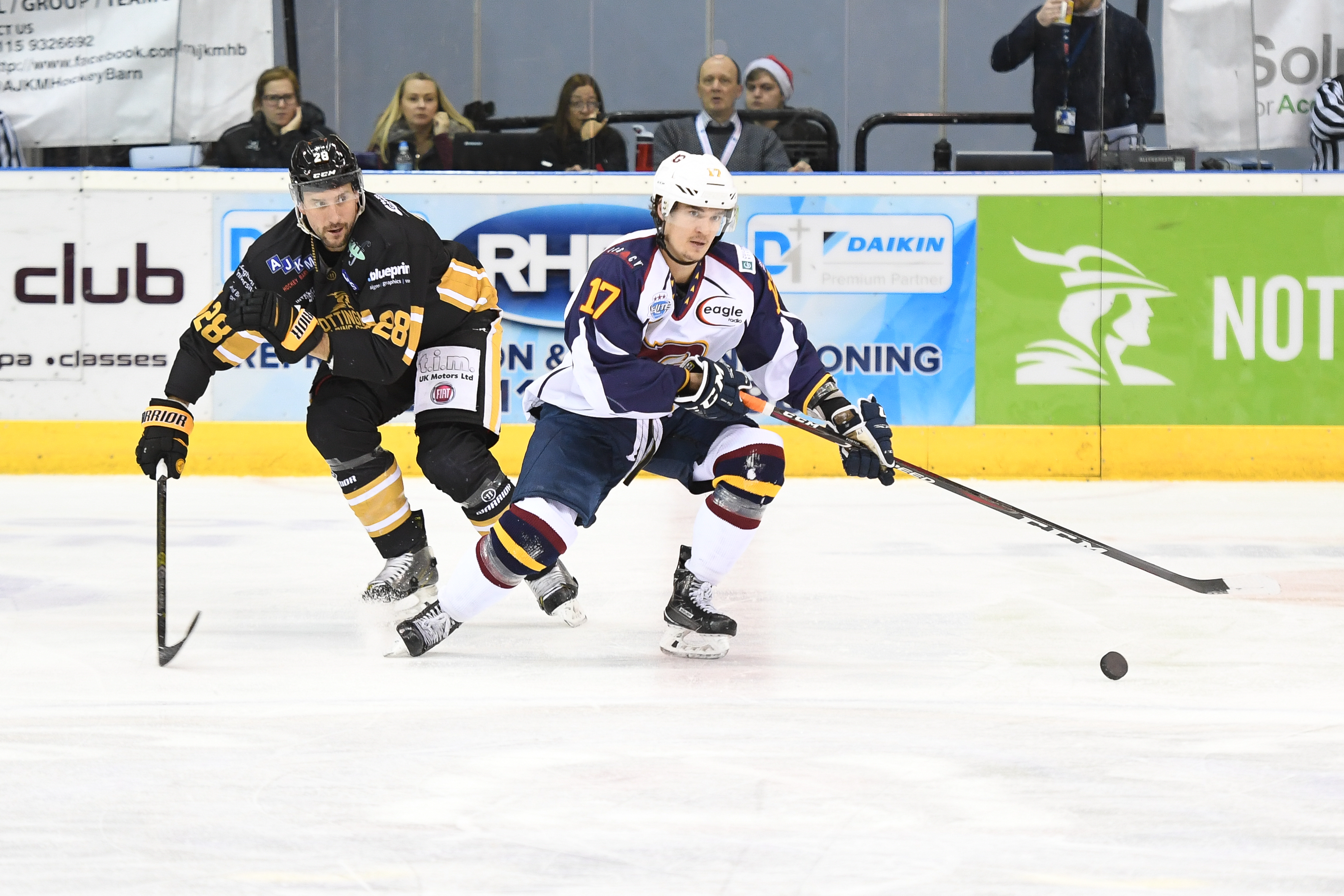 The Nottingham Panthers face-off 2019 with a clash against the Guildford Flames. The two teams will meet again in few weeks time when their two-legged Challenge Cup Semi-Final gets underway and both sides will be wanting to set the tone before that meeting.

Fans will be able to pay on the door but as ever there’s more choice if you buy in advance by calling the box office on 0843 373 3000 or clicking here to buy online.

Myzone, an innovative wearable heart rate based system that uses wireless and cloud technology to accurately and conveniently monitor physical activity, is used by The Nottingham Panthers during training sessions and they sponsor tonight's game, find out more about them right here.

The ever popular fifty-50 draw will be operation as will the 'Shirt Off His Back' raffle, and you could go home with the jersey of rising star Josh Tetlow! The winner will be presented with their jersey by Josh outside of the Panthers' locker room after the game.

The New Year’s Special edition of the match night magazine goes on sale for the second time time tonight, it's fronted by the Panthers’ own FAMOUS FIVE and features the hopes and resolutions of the gold medal winning GB players. Get yours from the sellers around the arena, priced at just £3, for exclusive content you can't find anywhere else, and don't forget the free-to-enter retro playoff jersey draw on page 31.