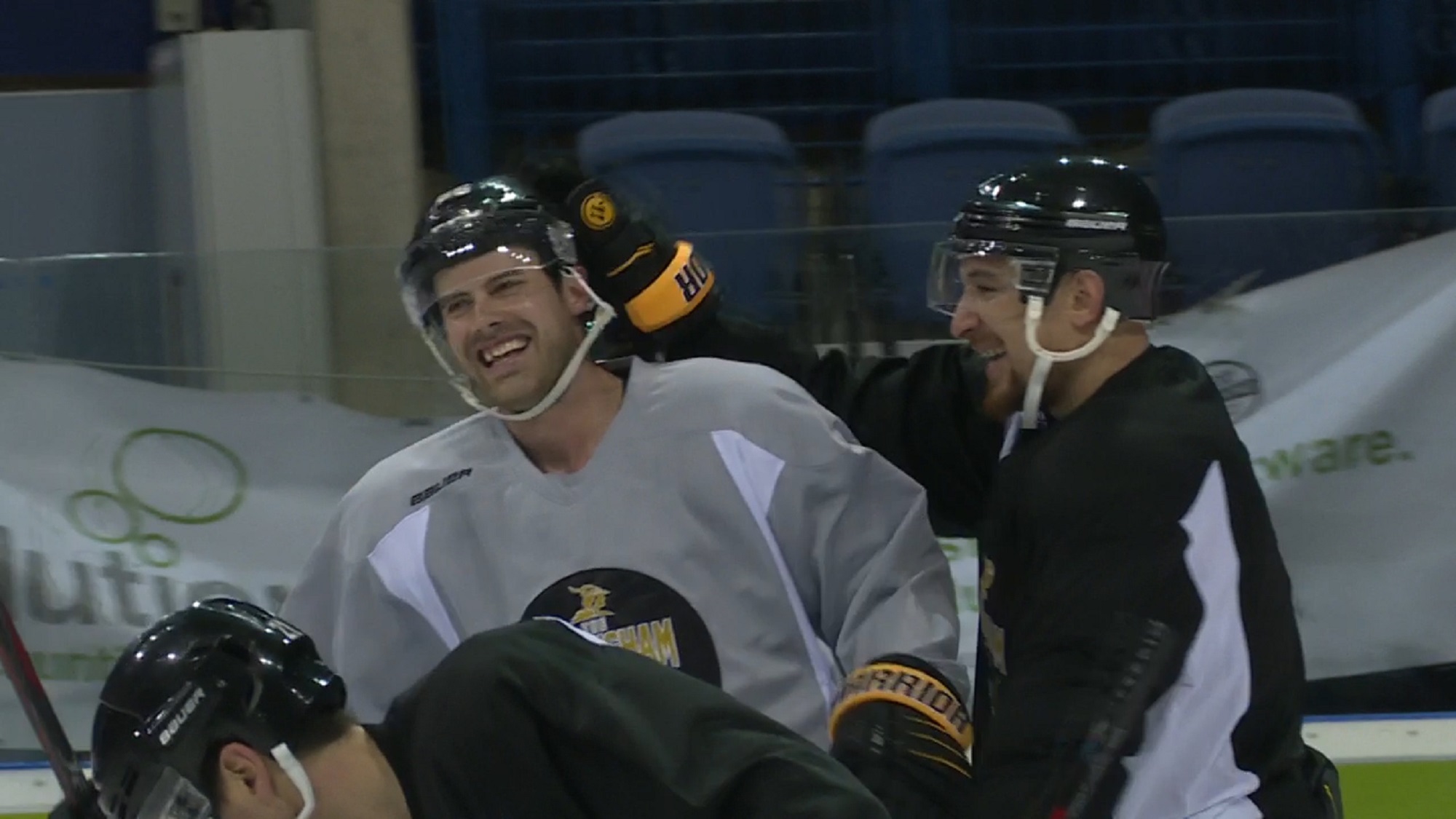 New signing Chris Stewart – who was in the NHL last season at Calgary and Minnesota – is due to debut for THE NOTTINGHAM Panthers tomorrow (Saturday) at home to Fife in the Elite League at 7.30pm.

He has over 650 NHL games on his resume and flew in to the UK yesterday. All the paperwork is in place and he trained with his new team mates for the first time today ahead of his planned debut tomorrow night.

The box office reports a spike in ticket sales in the last 24 hours since the Stewart signing was revealed buy there are still plenty of good seats available and fans will be able to pay on the door but as ever we advise they should buy in advance if only to increase their choice – click on the link to buy on line, call 0843 373 3000 or visit the box office at the Motorpoint Arena.