Panthers vs Steelers: 500 and Counting 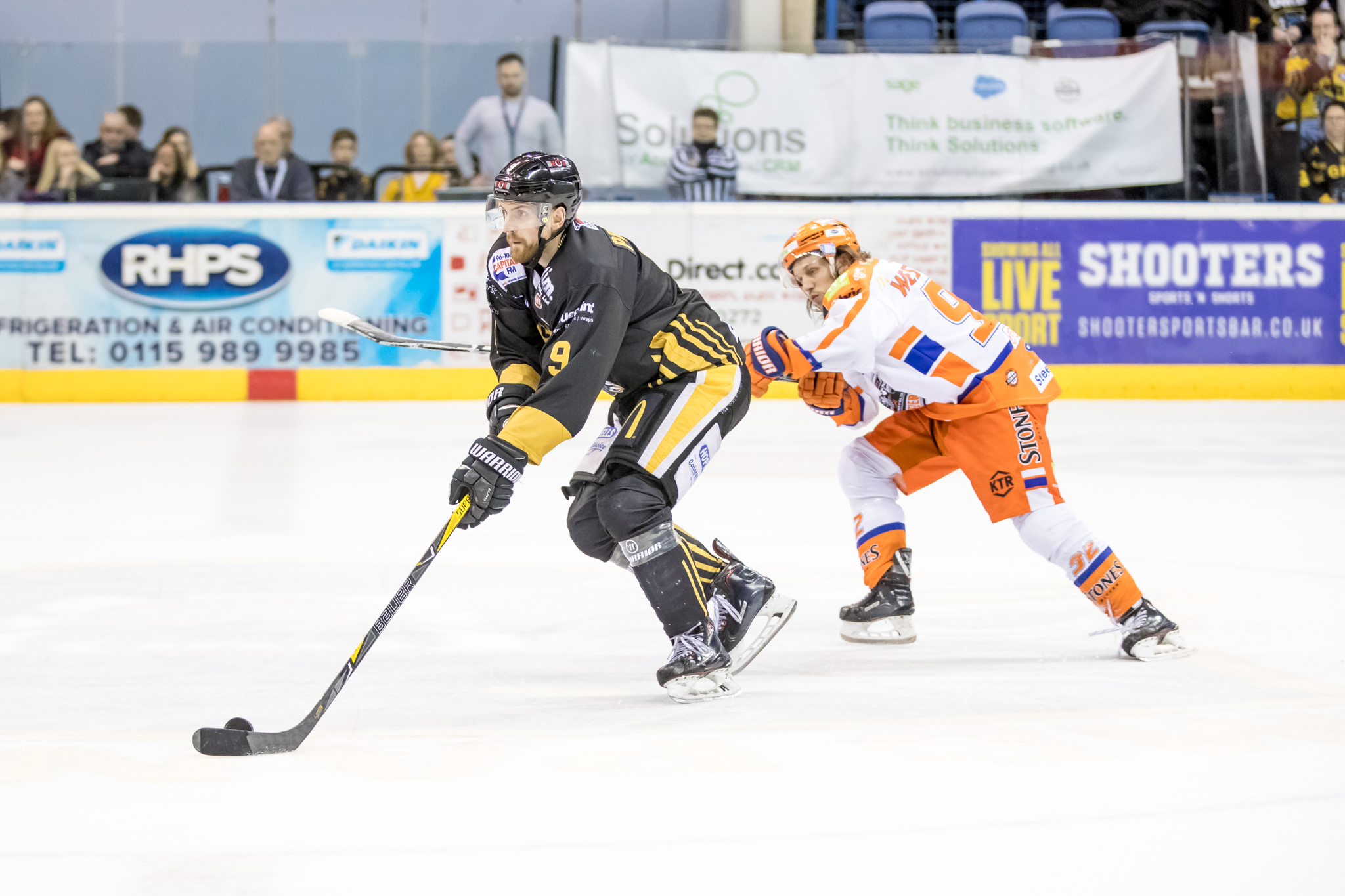 Saturday’s big clash is sponsored by Nottingham café of the year THE BAKEHOUSE on Mansfield Road and the media’s been out in force this week adding to the build-up to Saturday’s big cup clash with Sheffield.

BBC TV East Midlands Today will feature the game and Rich Chernomaz will also be part of the chat team on BBC Radio Nottingham Friday night sports preview show. Panthers led the sports news in the north of the county on Mansfield 103.2 today as well.

On top of that Panthers have been building the game up nicely themselves with hosts of news stories plus the radio and television coverage in association with our broadcast partners Xynomix and the GMB. The Box Office reports ticket sales are still steady and at the current rate of sales it is likely that the bowl at the arena will be full by the time face-off comes around. It won’t take much of a spike in sales to have them dusting down the sold-out signs earlier than that.

Meanwhile Saturday’s game should see the first outing of the new intro video and music, PAWS sponsored by Planet Bounce will have his tunnel back on the ice and there are a couple of new twists to his introduction routine with DJ Ken to look forward to as well.

The shirt off his back prize this weekend will be former NHL first round draft pick Tyler BIGGS #12 and there are two superb retro play-off jerseys up for grabs in a brand new free to enter match magazine draw as the Panthers Journal makes its first outing of the season too.