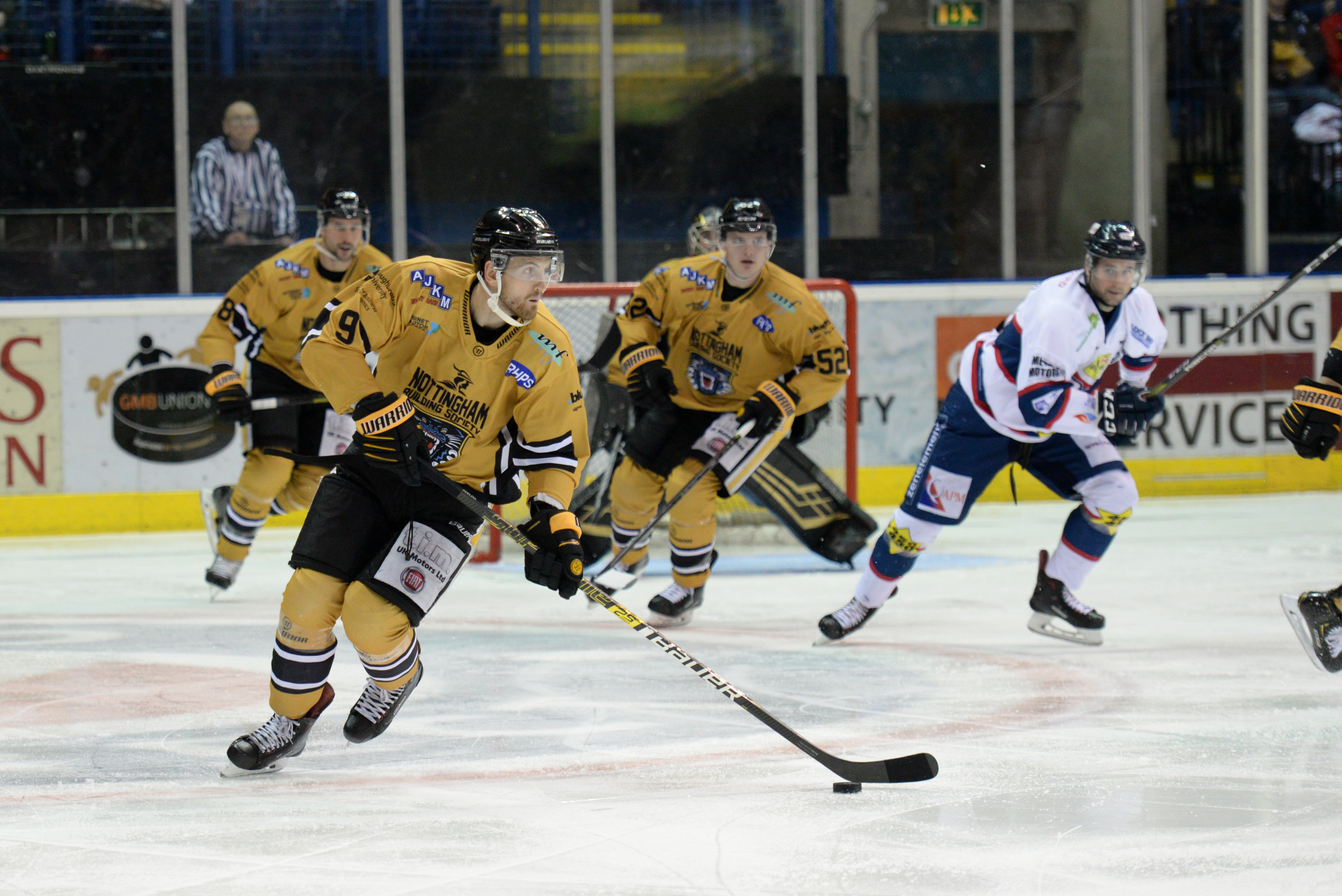 “Anytime you play at home in this building it’s awesome, there’s always high energy so we always look forward to it.”

Brett Perlini spoke to Panthers Radio, with Xynomix, after the win over Cardiff on Saturday and says that the team are looking forward to playing at home again this Saturday when Milton Keynes visit the Motorpoint Arena.

Nottingham will have to wary against a Lightning team who have some potent offensive players, such as former NHLer Tim Wallace, former Sheffield Steeler Andreas Valdix and Latvian international Georgs Golovkos, to go along with consistently stellar netminding from Patrick Killeen, whom the Panthers crossed paths with during on the road to the historic 16/17 Continental Cup win.

The Panthers will be without defenceman Jaynen Rissling, after it was announced he will serve a six game suspension following a ruling by the EIHL Department of Player Safety on an icident in the game on Saturday night, for the visit of the EIHL's basement side whilst assessments will be made on Justin Kovacs (lower body) and Gui Lepine (upper body), who missed the weekend's game against Cardiff, later in the week.

You can book tickets for Saturday's fixture against the Lightning by visiting the Motorpoint Arena box office, calling 0843 373 3000 or clicking here to buy online.