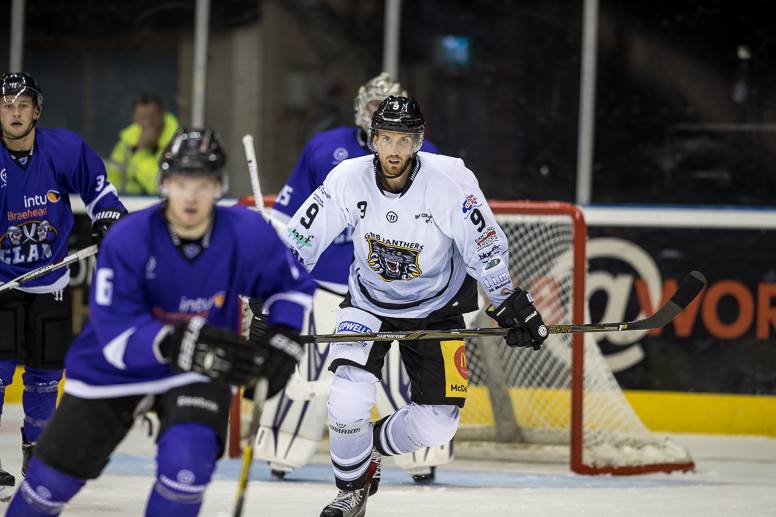 It’s another big weekend of Panthers ice hockey with attention turning to the domestic campaigns, starting with Elite League action at home to Coventry on Saturday night at seven o’clock.

Good seats are still available for the all Midlands clash with the Blaze.

After the European success in the Champions Hockey League, Panthers Radio (with Xynomix) asked Brett Perlini if he and the other newcomers to the line-up this season had been told about the rivalries Panthers enjoy with the likes of Coventry and Sunday’s away opponents Sheffield in the cup.

Not only did he confirm they were well aware, but he reckons Saturday’s game will be another one NOT TO MISS.

Hear him now on Panthers Radio.

THE LOUDER THE ROAR….THE BIGGER THE SCORE!