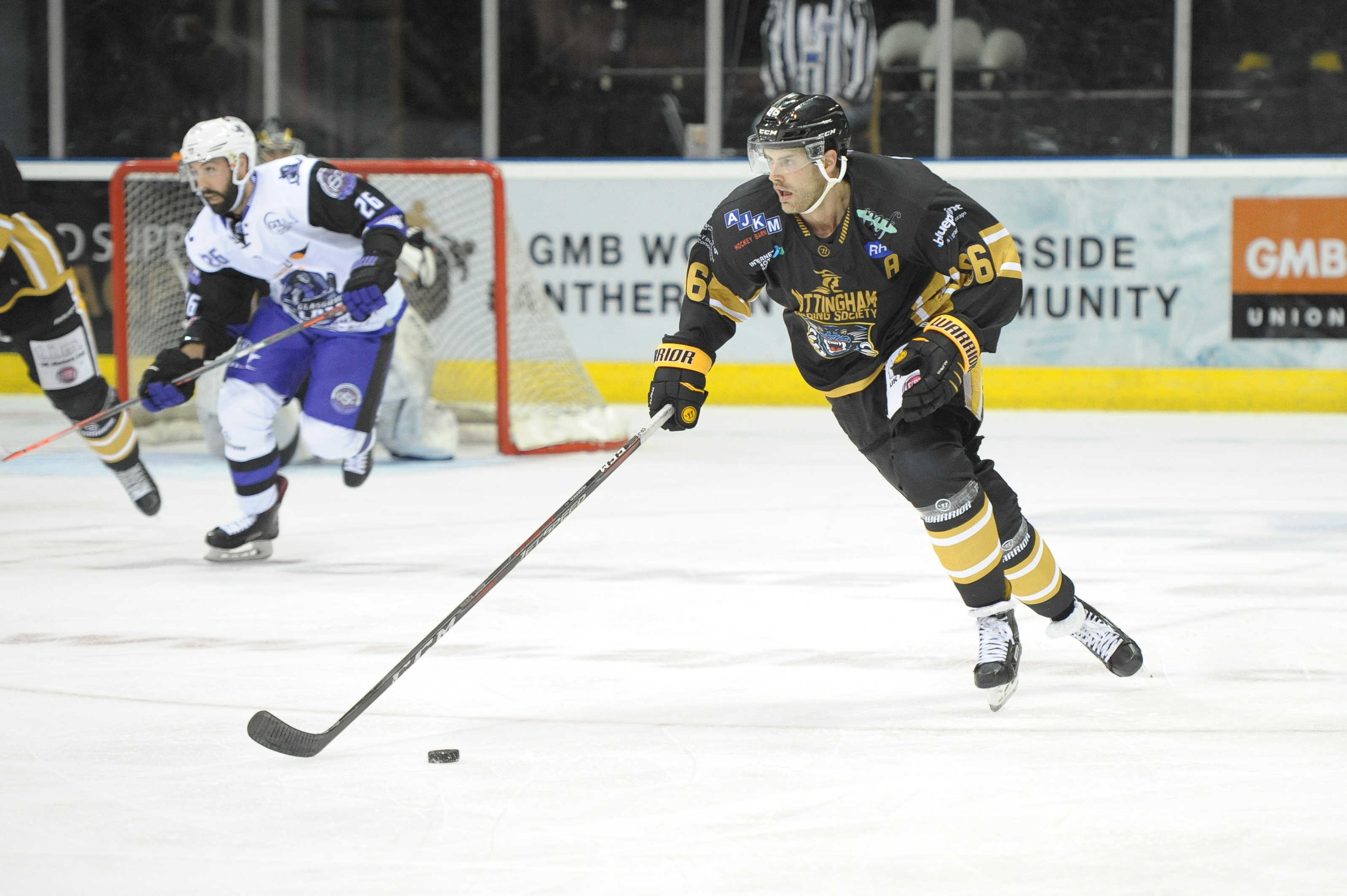 Kevin Henderson returned to The Nottingham Panthers line-up in the 3-1 win over Guildford on January 2nd after two months on the sidelines and tomorrow, at the game against Manchester, you could go home with his game worn black jersey in the 'Shirt Off His Back' raffle.

You've got to be in it to win it so get your tickets from the sellers around the arena and you could be presented with the jersey, outside the Panthers' locker room, by Kevin after the game.

Robert Farmer misses tomorrow's game through injury, after a collision along the boards in Saturday's game against Fife. With no other injuries in the camp Head Coach Rich Chernomaz will have to scratch two imports, per the EIHL's import limit rule, for the game against the Storm as the Panthers look to get back on track after securing just one point last weekend.

You will be able to purchase tickets on the door but for the best selection you can purchase in advance by visiting the Motorpoint Arena box office or calling them on 0843 373 3000, or you can click here to purchase online and avoid the queues entirely.