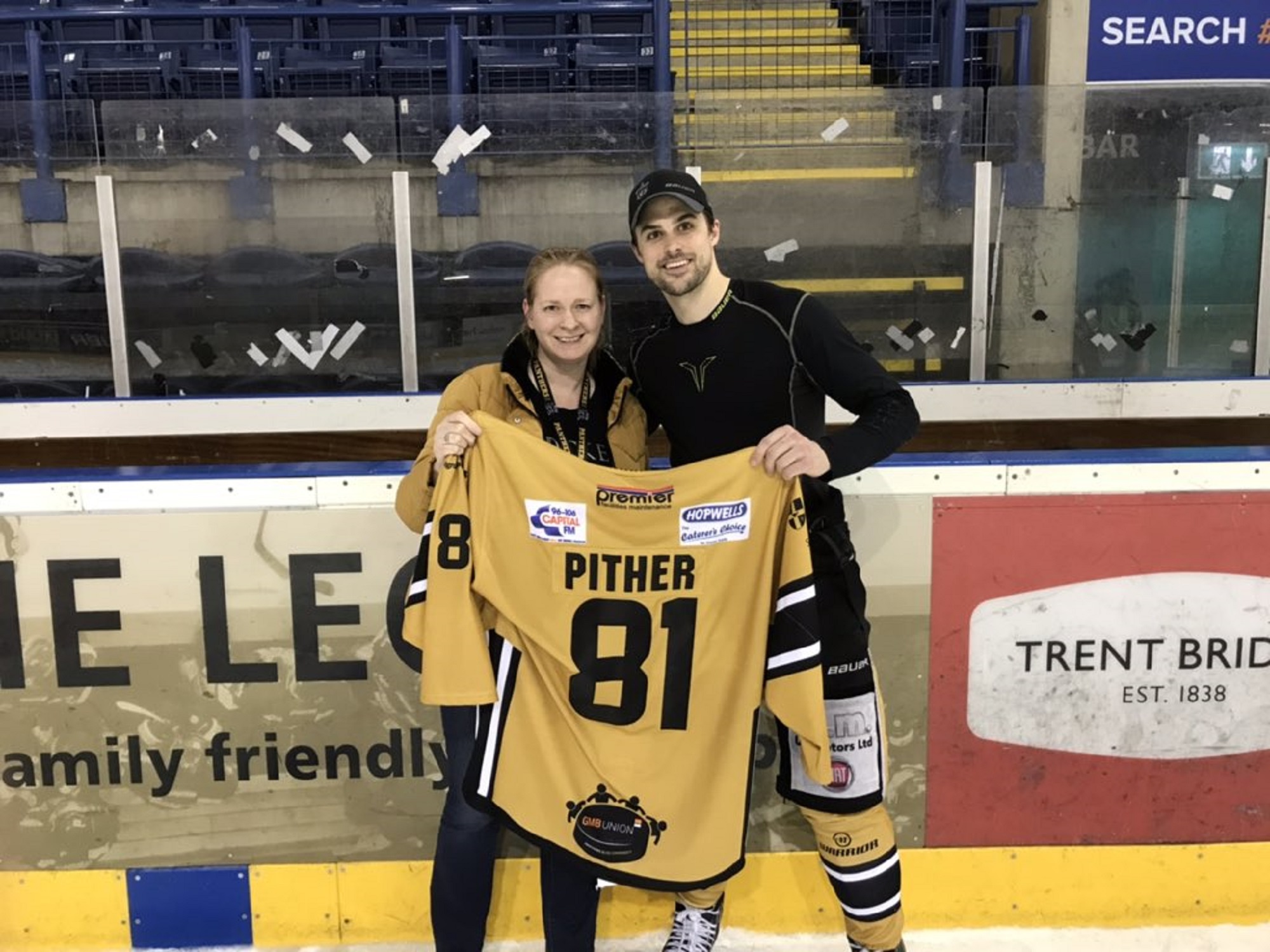 Melanie Clarke, from Derby, has been a Panthers fan for six years now and the 18/19 season has marked her first as a season ticket holder.

She's also already got her playoff tickets, which she will be attending for the very first time.

Her favourite player currently on the Panthers' roster is Dylan Olsen but with the big defenceman on the sidelines, and his jersey not up for grabs, Melanie was more than happy to take home the jersey of two goal hero Luke Pither on Saturday night, after purchasing two tickets from her regular seller.

Melanie now joins her daughter, who picked up a stick back at former Head Coach Corey Neilson's testimonial game, as a winner at an ice hockey game.