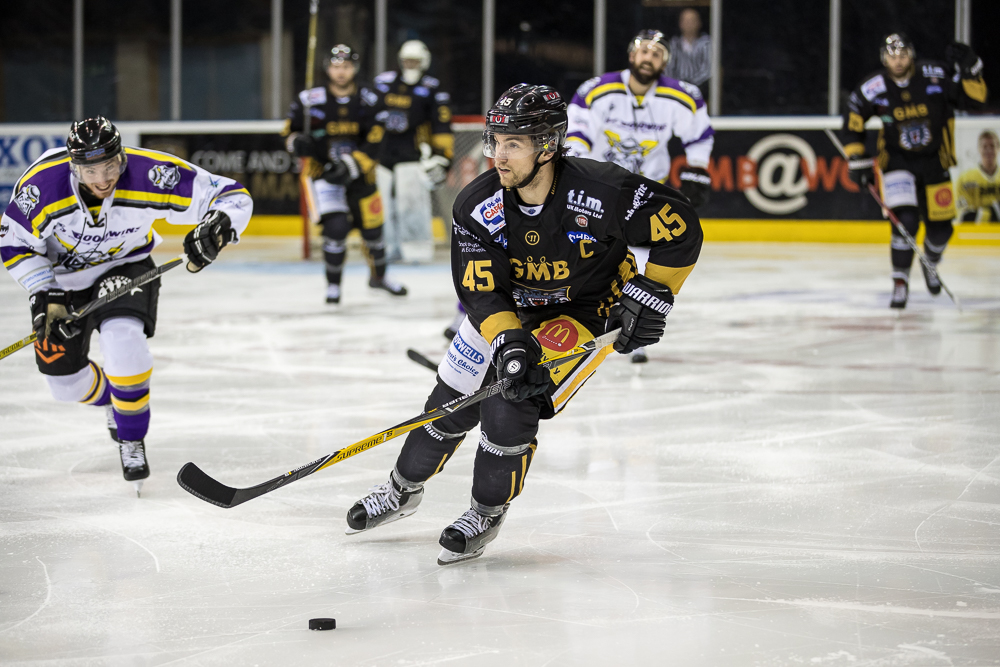 The 2018/19 EIHL season got underway on Saturday night with The Nottingham Panthers defeating arch-rivals Sheffield 5-2 in the Challenge Cup curtain raiser, witnessed by a bumper home crowd of 6,666, and this weekend all eyes turn to league action.

Manchester Storm are the visitors to the Motorpoint Arena on Saturday night (7pm face-off) and they'll be intent on getting their league campaign off to the best possible start as they look to build off of a second place finish, their highest position since joining the league in 2015, last season.

Whilst The Nottingham Panthers enjoyed an undefeated pre-season (winning five and drawing one whilsy scoring 29 goals) before defeating the Steelers on Saturday the Storm's pre-season has also been fruitful.

They opened their pre-season with a 4-3 victory over the University of Manitoba Bisons before going down 1-2 to Danish side Odense Bulldogs on penalty shots.

A day later they would take on more Danish opposition, this time in the form of CHL participants Aalborg Pirates and it would be Manchester coming out on top by a 7-1 scoreline.

The following weekend the Storm would split a DEL2 weekend, beating Toelzer Loewen 3-1 and losing to Eispiraten Crimmitschau 3-6, giving them a 3-1-1 record scoring 18 goals.

With both sides scoring freely it's set to be a barnburner of a league opener!

Former Panther Logan MacMillan, a playoff, Challenge Cup and Continental Cup champion during his two seasons in Nottingham, is set to feature for the Storm after the versatile forward made the move to Altrincham in the summer from Romanian side ASC Corona Brasov.

You can book your tickets for the game, which will see David Clarke's iconic number five officially retired prior to face-off, through the link at the top of the page, by calling the box office on 0843 373 3000 or by visiting the Motorpoint Arena.