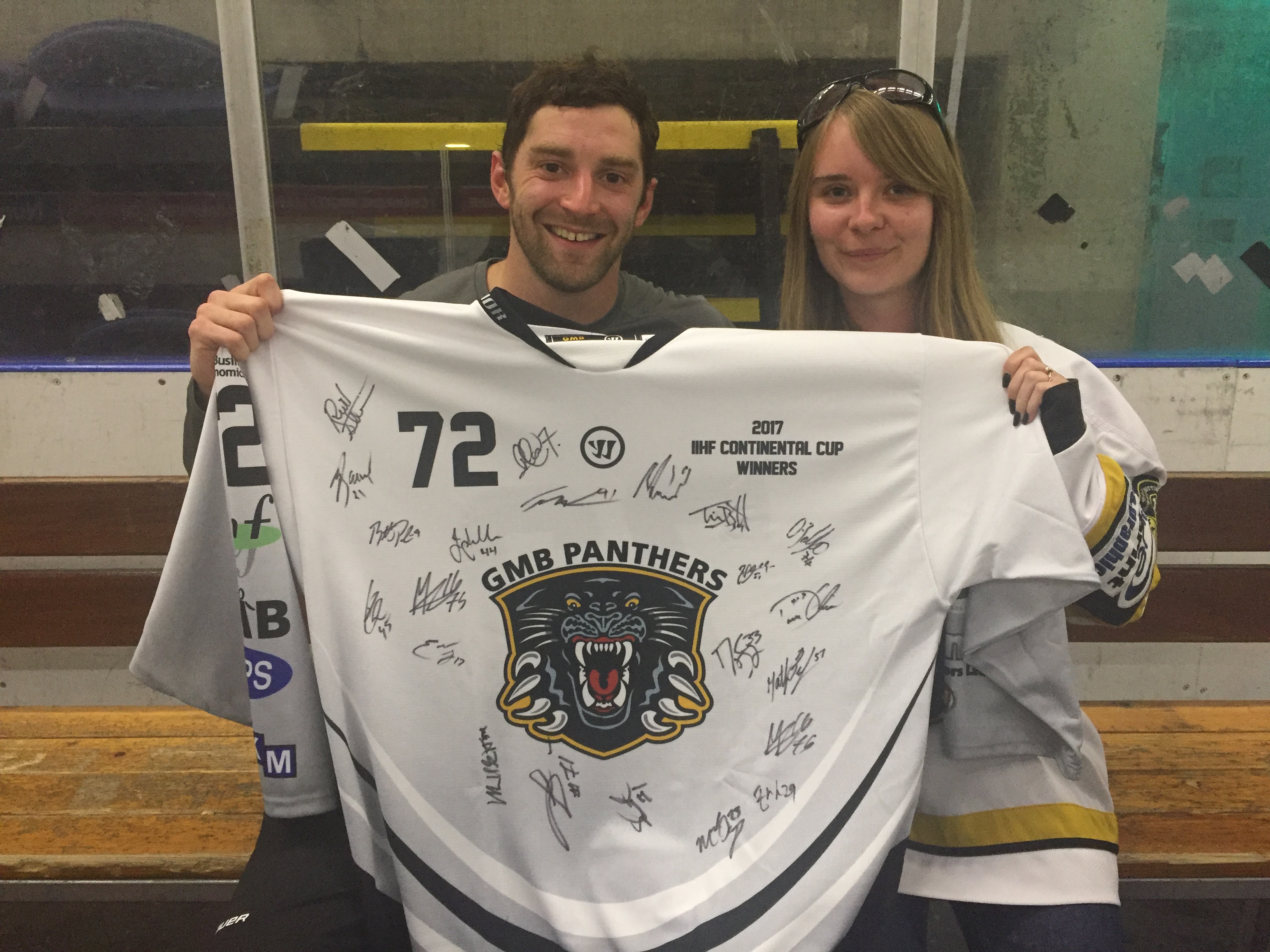 Saturday night's shirt off his back (SOHB) raffle prize was one of the biggest we have done.

A totally exclusive preseason jersey, as worn against Cardiff, Krefeld and Braehead, signed by the whole team was up for grabs and some fans bought a ton of tickets to get their hands on it.

The lucky winner however just bought one!

Amy Barber from Toton had the winning ticket and chose Evan Mosey to present the jersey to her.

The SOHB raffle is back again Saturday as the Panthers get their EIHL campaign underway after a very succesful preseason and CHL campaign, which has seen them take three famous wins to sit atop their group, including an impossible victory over #4 overall seeds SC Bern.

We start off the domestic campaign against the Coventry Blaze and tickets are available by clicking the 'Buy Now' tab at the top of the page!