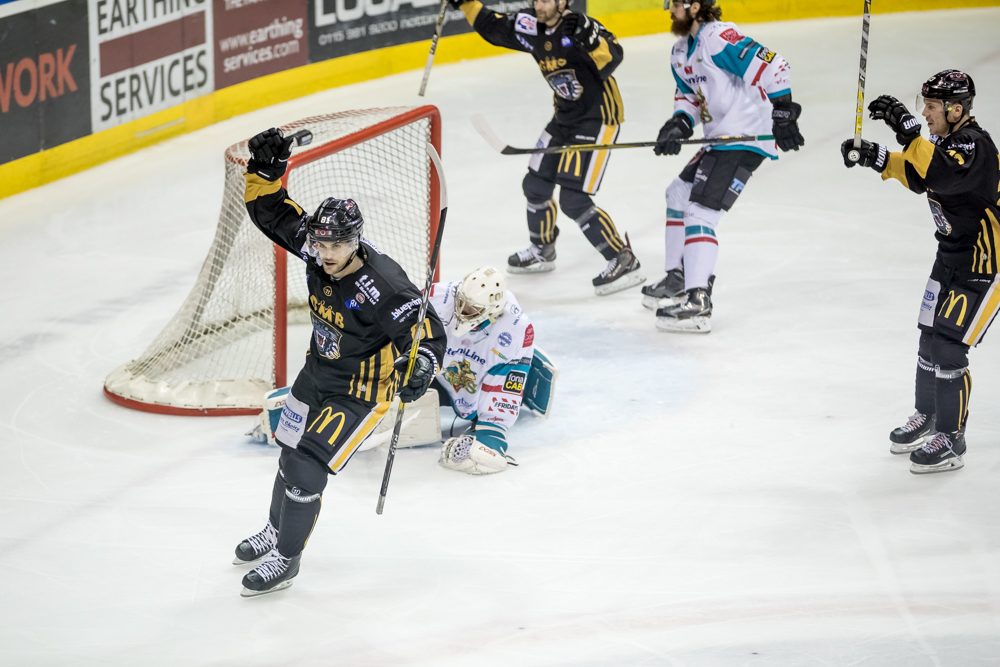 Twenty-nine year-old Canadian forward Luke Pither, who quickly became a fans’ favourite when he joined the Panthers part way through last season, has agreed terms and will be back in the black-and-gold line-up in season 2018-19.

He had 29 points including ten goals in just 22 games with the Panthers last season, after moving to Britain from Sweden.

Prior to that he had 137 games in the AHL and more than a hundred in the East Coast League.

Luke also had a season in the cross-border EBEL league in Europe, but was back in the coast the year before returning to Europe, where he had well over a point a game at Brampton.

Panthers’ head coach Rich Chernomaz saw him a couple of times at the end of last season and the coach told Panthers Radio with Xynomix, in an exclusive update, that he thinks the skilled, heads up player will be another key player for the club.

Hear the interview right now, just click on the link.

Training camp starts in August and the challenge matches begin with the visit of Cardiff on August 11th , followed by home ice international action against teams from Germany, Norway and Hungary.

Season tickets are on sale until the end of June.