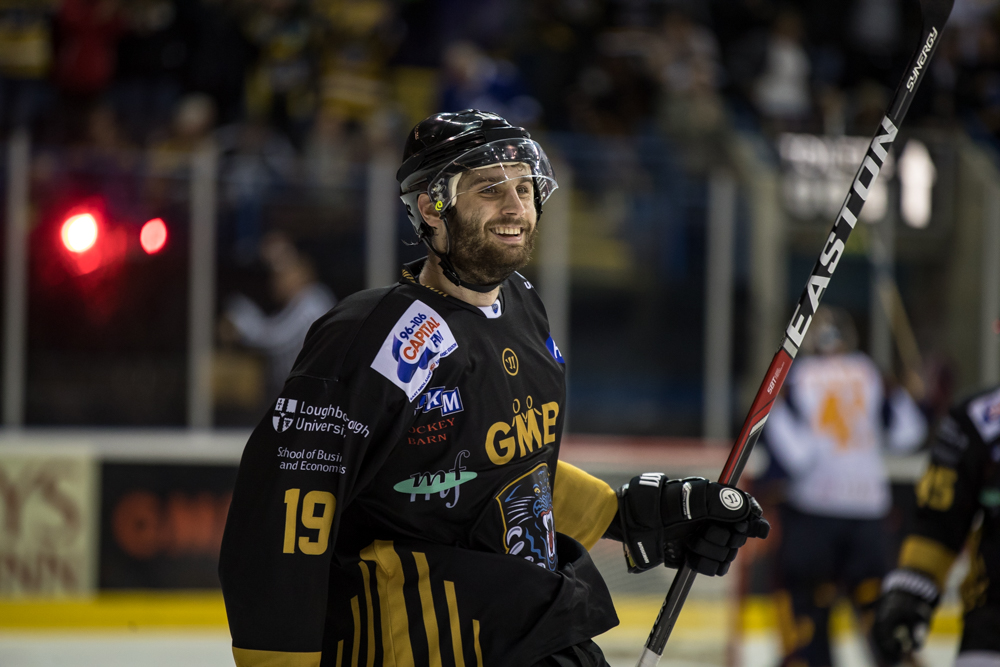 Just three days after his goal secured Great Britain promotion, to the top flight of international ice hockey, The Nottingham Panthers are pleased to confirm the return of forward Robert Farmer.

Speaking exclusively on Panthers Radio with Xynomix the 27-year-old, who will be wearing the black-and-gold for a sixth season, said: “It’s going to be different, we all had a ton of respect for Corey Neilson but there’s a new guy in charge and everyone will be wanting to prove themselves.”

He added the Panthers had their moments last year but he’s hoping for more next season.

Hear the full interview only on Panthers Radio (with Xynomix) below.

Meanwhile, season tickets for season 2018-19 are on general sale right now with the massively discounted early bird prices still available until the end of this month along with the three easy payments direct debit system.

Prices jump in June, so if you haven’t already snagged your season ticket, now is the time to do so!