Wiikman in nets for Milton Keynes 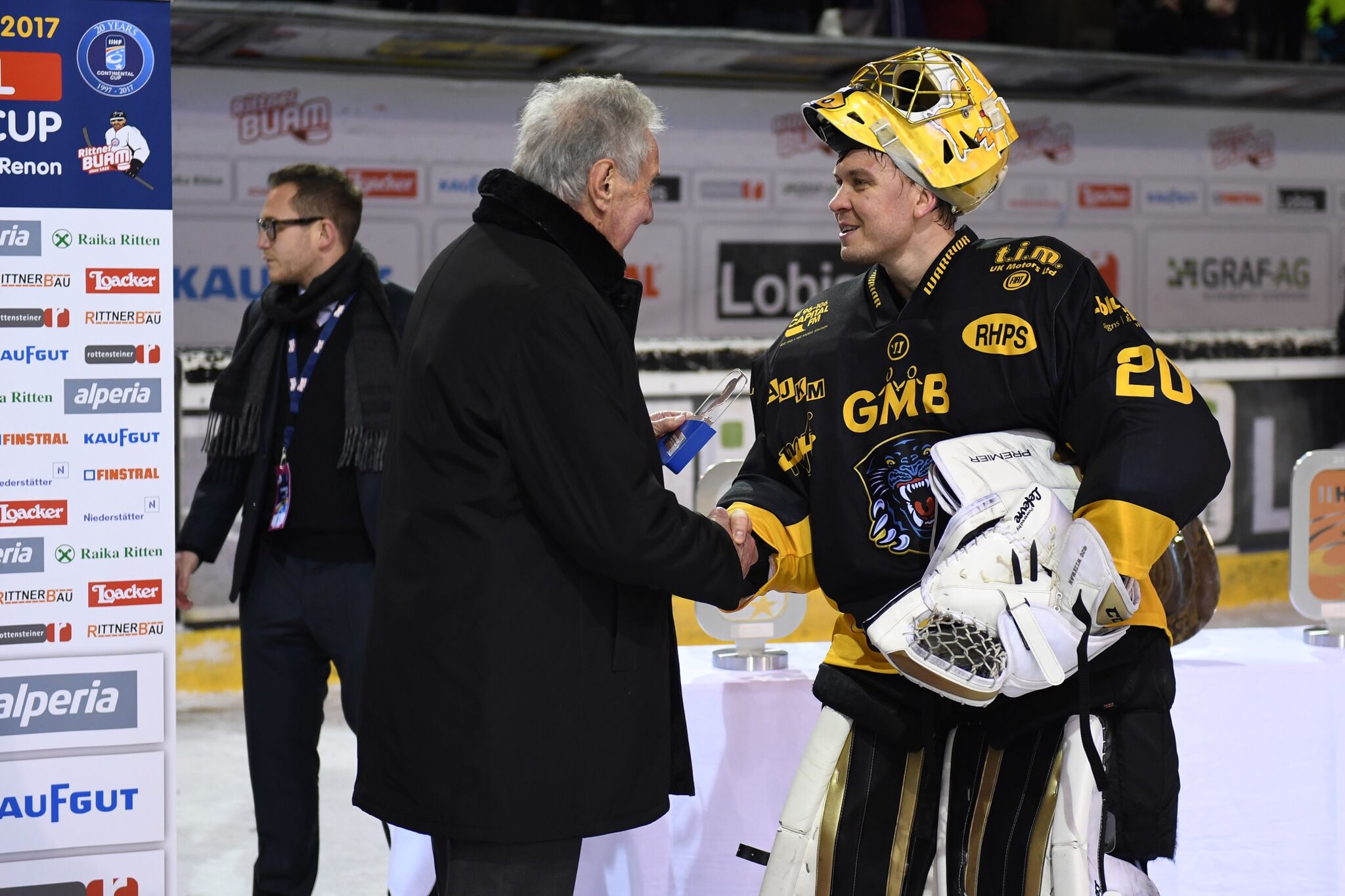 Netminder Miika Wiikman will make his first visit to Nottingham in the colours of the Milton Keynes Lightning this weekend when the Elite League newboys come to town for a seven o’clock face-off on Saturday.

Panthers always wished Miika well when he left Nottingham and there were overtures about a possible return but he’s landed in Milton Keynes as emergency cover and was subsequently given a contract to the end of the season.

He won the cup and the play-offs with Nottingham in 2015-16 and was goalie of the tournament when Panthers were crowned Continental Cup Champions of Europe in January.

Last weekend his new side were in back-to-back-to-back action in Scotland where Miika was twice pulled in favour of a late extra skater to no avail with Lightning going down to one goal defeats at Fife and Braehead. They went on to win at Edinburgh on Sunday by the same scoreline as Panthers beat the Capitals on Saturday.

A Nottingham club spokeswoman said today: “We’re looking forward to seeing Miika again. He was popular on and off the ice. We’ll be introducing him on Saturday and we know the fans will give him a great reception. We wish him well, but he’s playing AGAINST the Panthers now so many not so much on Saturday!!”

PANTHERS v LIGHTNING is on Saturday at seven o’clock. Tickets now on sale.