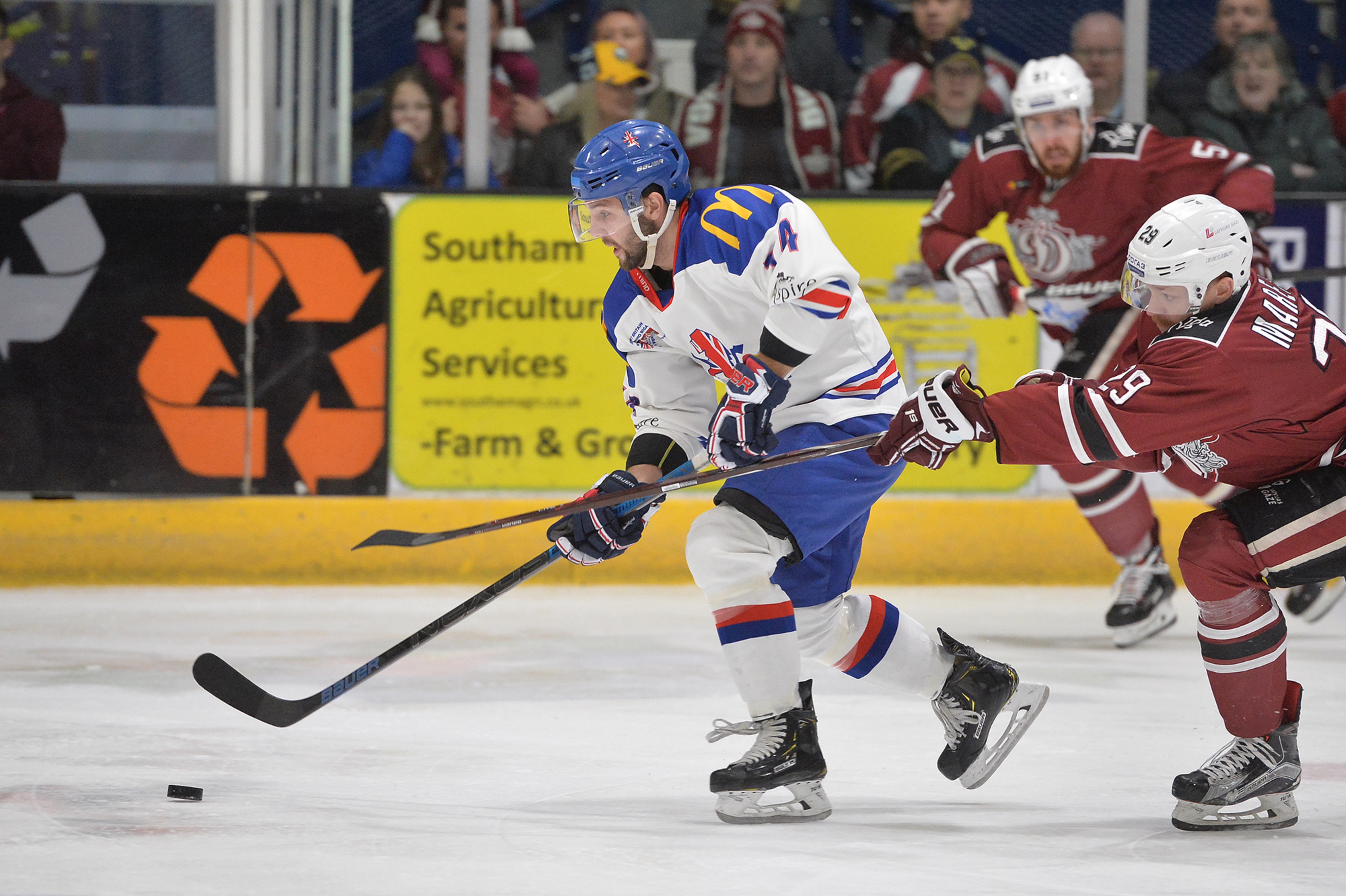 Italy took the lead at 12:54 as Diego Kostner turned in the slot and fired past Jaskson Whistle at 12:54.

GB hit back quickly when Ferrara tipped in Ben O’Connor’s shot through traffic (15:33) on a delayed penalty to ensure the game was tied at one at the first intermission.

Brett Perlini was denied by Gianluca Vallini after a good break by GB before Italy regained the lead on the powerplay, as Anthony Bardaro stepped inside the hashmarks and fired top shelf on the short side at 28:26.

Italy’s Daniel Glira was ejected for boarding and on the resulting five-minute powerplay, Mike Hammond, Robert Farmer and Joey Lewis all went close.

GB levelled on a late powerplay in the second period as Betteridge tipped in O’Connor’s shot from the blueline (39:29).

GB made a good start to the third period and Perlini was denied on the doorstep, while Hammond also went close.

Tomorrow, Italy face Hungary in the Skydome at 7:30pm before GB and Hungary go head to head in Milton Keynes on Sunday (2pm).