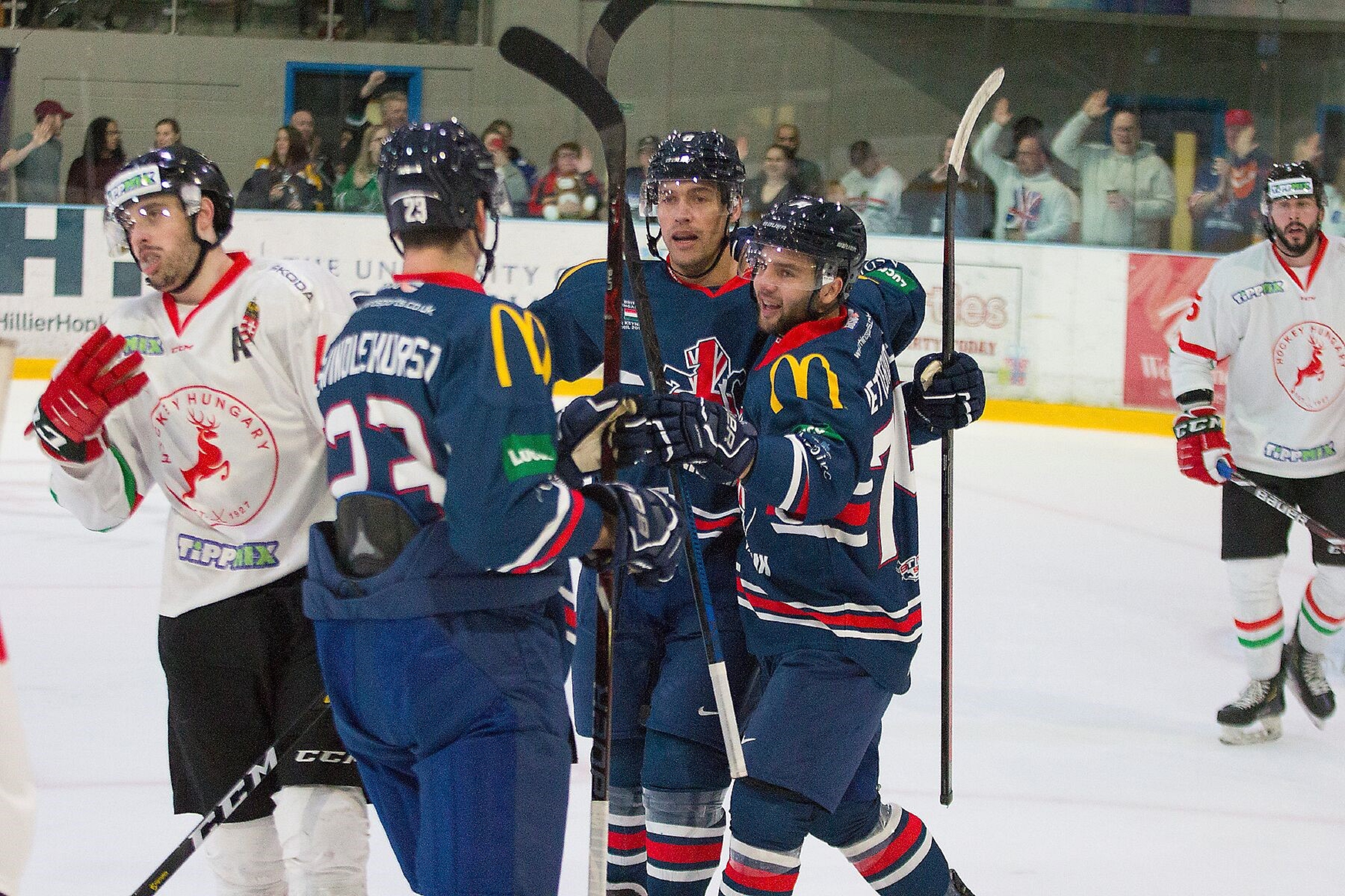 Paul Swindlehurst, Ben Lake and Brett Perlini were all on target as GB continued their preparations for next month's World Championship in Slovakia in fine style.

Hungary equalised 74 seconds later when Istvan Sofron pulled a great move before beating and then colliding with Ben Bowns (16:21), who was given the all-clear to continue after some treatment.

GB scored their third on a three-on-one break which saw Perlini shoot low past Adam Vay after being sent free by Dallas Ehrhardt (23:26).

Bowns had to be at his best to save two successive close-range Hungary efforts, while GB went close to a fourth but Lake and Liam Kirk were both denied by Vay.

Vay produced a good glove save from Davie Phillips’ shot after a great feed by Ben Davies, while he also denied Lake from the left circle.

Bowns was at his best to help see off a long spell of a five-on-three penalty kill and GB stood firm despite late pressure from Hungary when they lifted Vay for the extra skater.

Head coach Pete Russell will now cut his 30-man squad to the 25 players who will play in next week's games against KHL side Torpedo in Nottingham and Sheffield - and go on to represent GB at the World Championship.