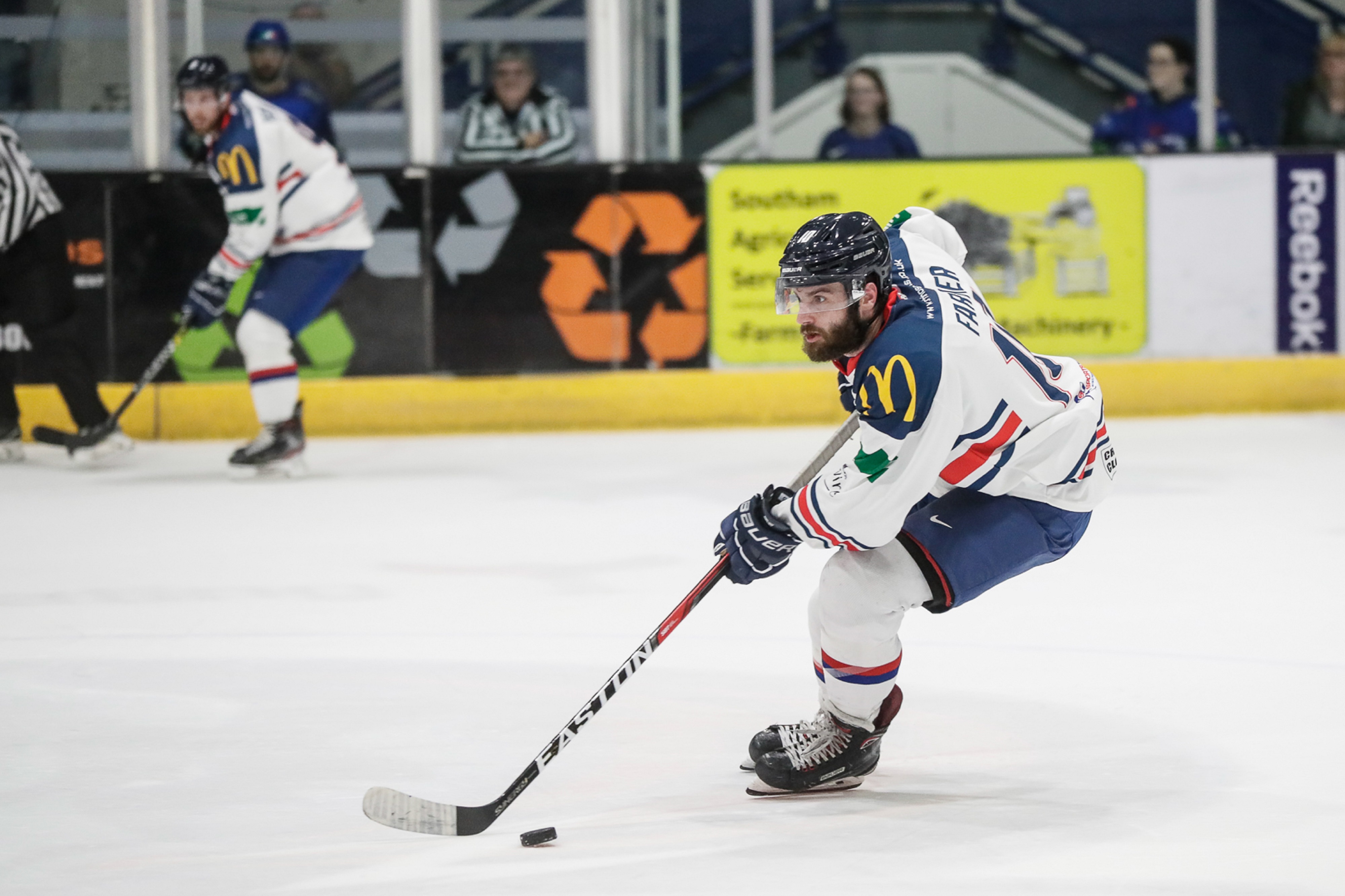 The Nottingham Panthers' forward Robert Farmer says he is excited to play on his home ice in Nottingham this weekend as Great Britain undergo their final preparations for next month’s World Championship in Slovakia.

Pete Russell’s side returnto their training camp in Coventry this evening to prepare for back to back matches against KHL side Torpedo in the Motorpoint Arena Nottingham on Saturday and in the Fly DSA Arena Sheffield on Sunday.

“Everyone is looking forward to these two games against Torpedo this weekend,” said Farmer.

“The game against Riga in Coventry in February was fantastic and even better that we came out with a victory.

“Like Riga, Torpedo will be tough opposition. The KHL is one of the best leagues in the world, so it is great preparation for the squad.

“I am excited to play on home ice again as we get ready for the World Championship.”

The 28-year-old, who made his GB debut in 2012, was named in his eighth successive World Championship squad when coach Pete Russell named his 25-man roster on Monday.

“This is one of the biggest moments in a generation for UK ice hockey and it will be a very special tournament to play in,” said Farmer.

“We will be coming up against some world-class players who play in the best leagues in the world.

“But we are not going just to make up the numbers. We want to make an impact at the tournament and get people talking about us for the right reasons.

“I am so proud to be named in any GB squad but this one is just that little bit more special playing in the top flight.”