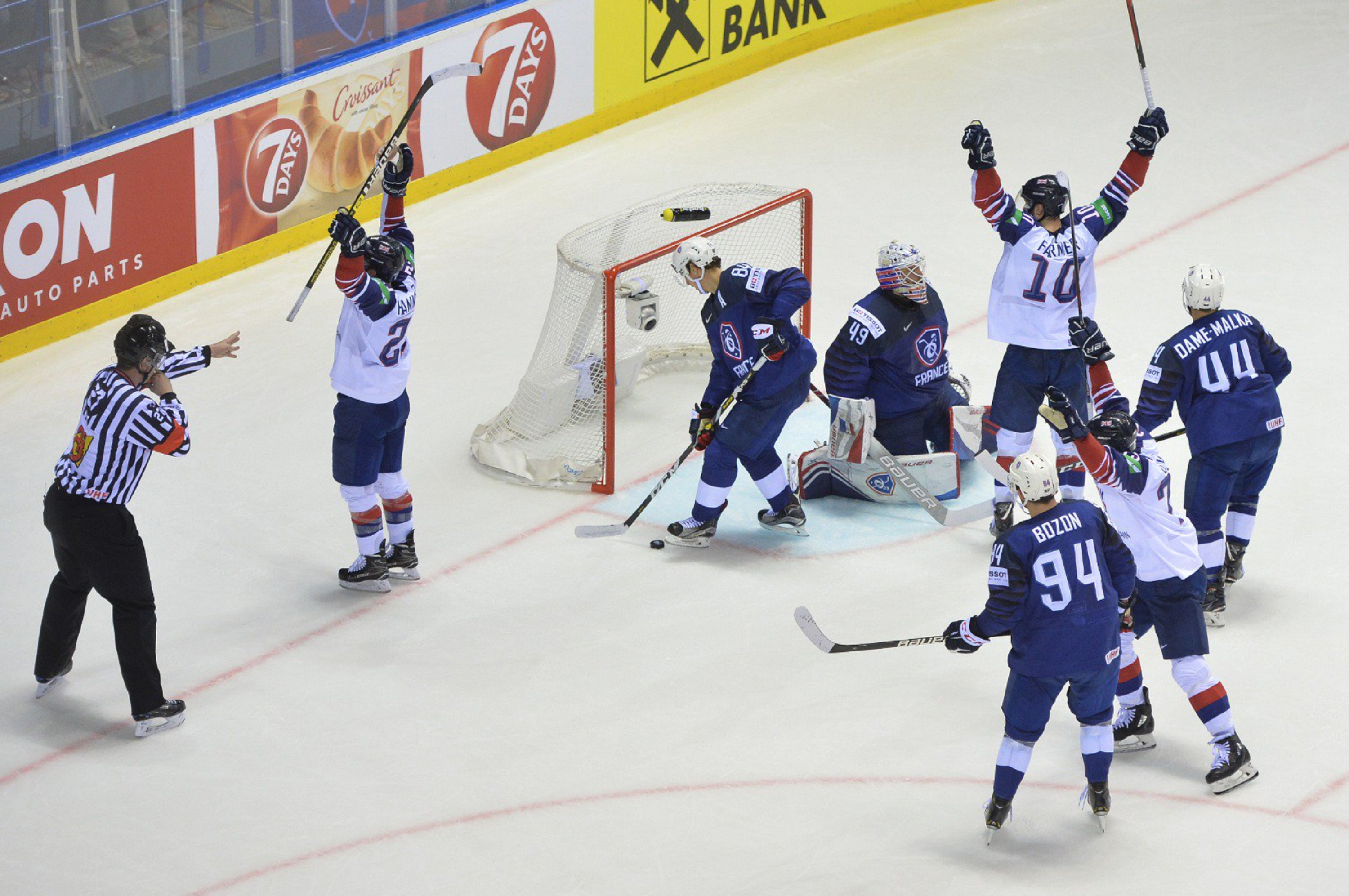 GB had much the better of the chances in the first period as Ben Davies broke away and tried a drop pass that just didn’t come off and Dowd saw his shot saved, while at the other end netminder Ben Bowns produced a fantastic stop with his pad following a two-on-one break.

Jonathan Phillips went close and Mike Hammond just couldn’t get to the rebound, while Colin Shields was denied from the right circle and Liam Kirk hit the base of the left-hand post.

After good chances for Kirk and Ben Lake, France went ahead as Anthony Rech finished off a good move up the ice from the left circle (23:36).

France netted twice in six seconds as Florian Chakiachvili scored on the powerplay (27:31) and Rech broke clear thanks a clever face-off play for his second of the afternoon (27:37).

But GB powered their way back into the game as Ben O’Connor’s perfect pass sent Robert Dowd free who fired top shelf on the backhand (34:59).

O’Connor then saw his blueline shot saved and Hammond reacted first to the rebound for his fourth goal of the tournament (38:04).

GB remarkably hauled themselves level as Robert Farmer stepped out from the right-hand side and fired top shelf (45:16).

The game went to overtime and Jonathan Phillips used all his strength to get the puck to Ben Davies to win the game.