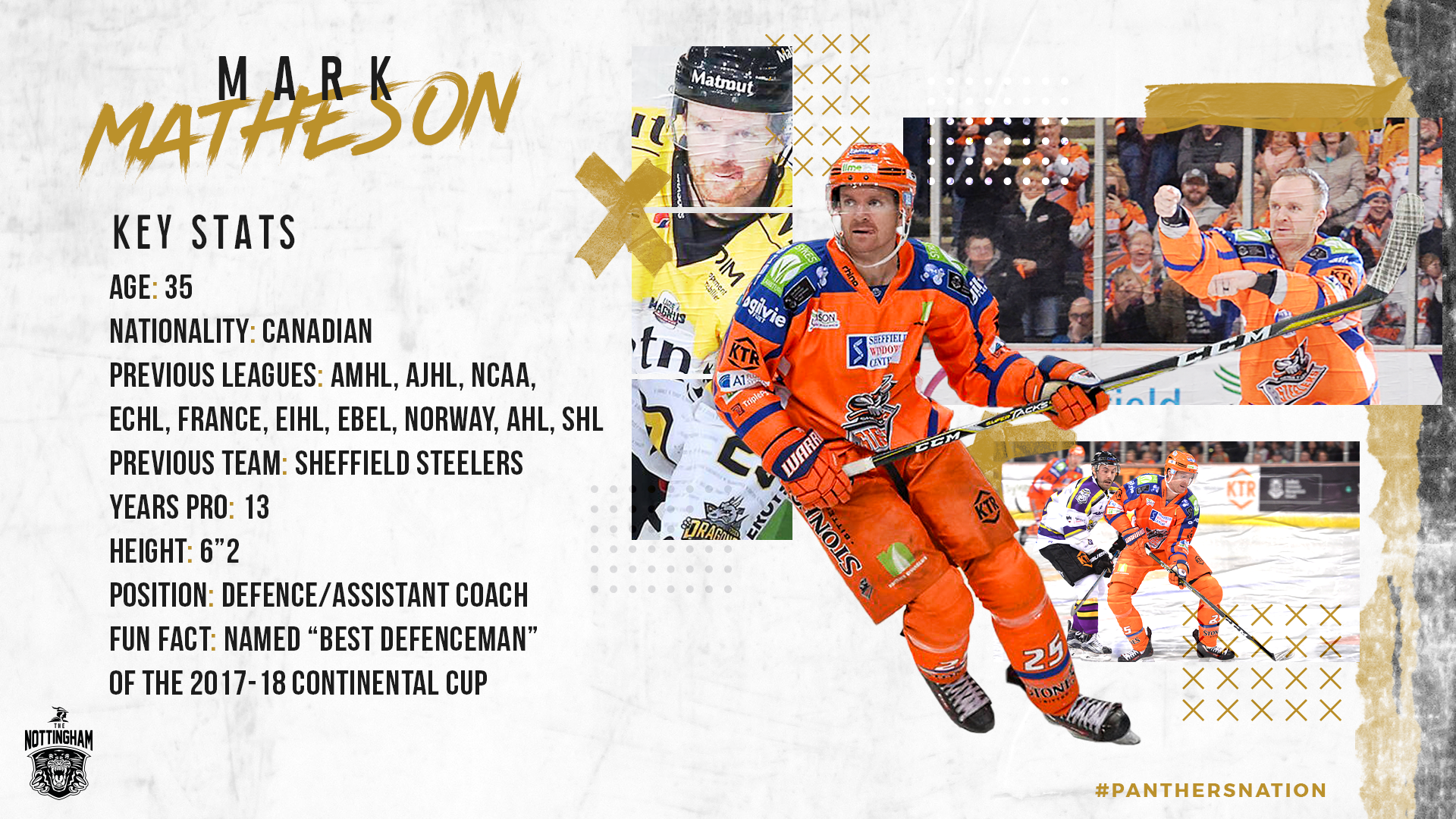 Gui says he was happy to secure the signature of the former Sheffield Steeler, was named "Best Defenceman" at the 2017-18 Continental Cup, and after discussions with Head Coach Tim Wallace, a former teammate of Mark Matheson, it was an easy decision to make.

Mark will combine his playing time with serving as an Assistant Coach under Tim Wallace and the Director of Hockey talks about how Mark's experience in the same role at Sheffield benefits him and the Panthers going forwards.

Gui also speaks about what the departure of long time Panthers' defenceman Steve Lee means for Josh Tetlow in the 2019-20 season.