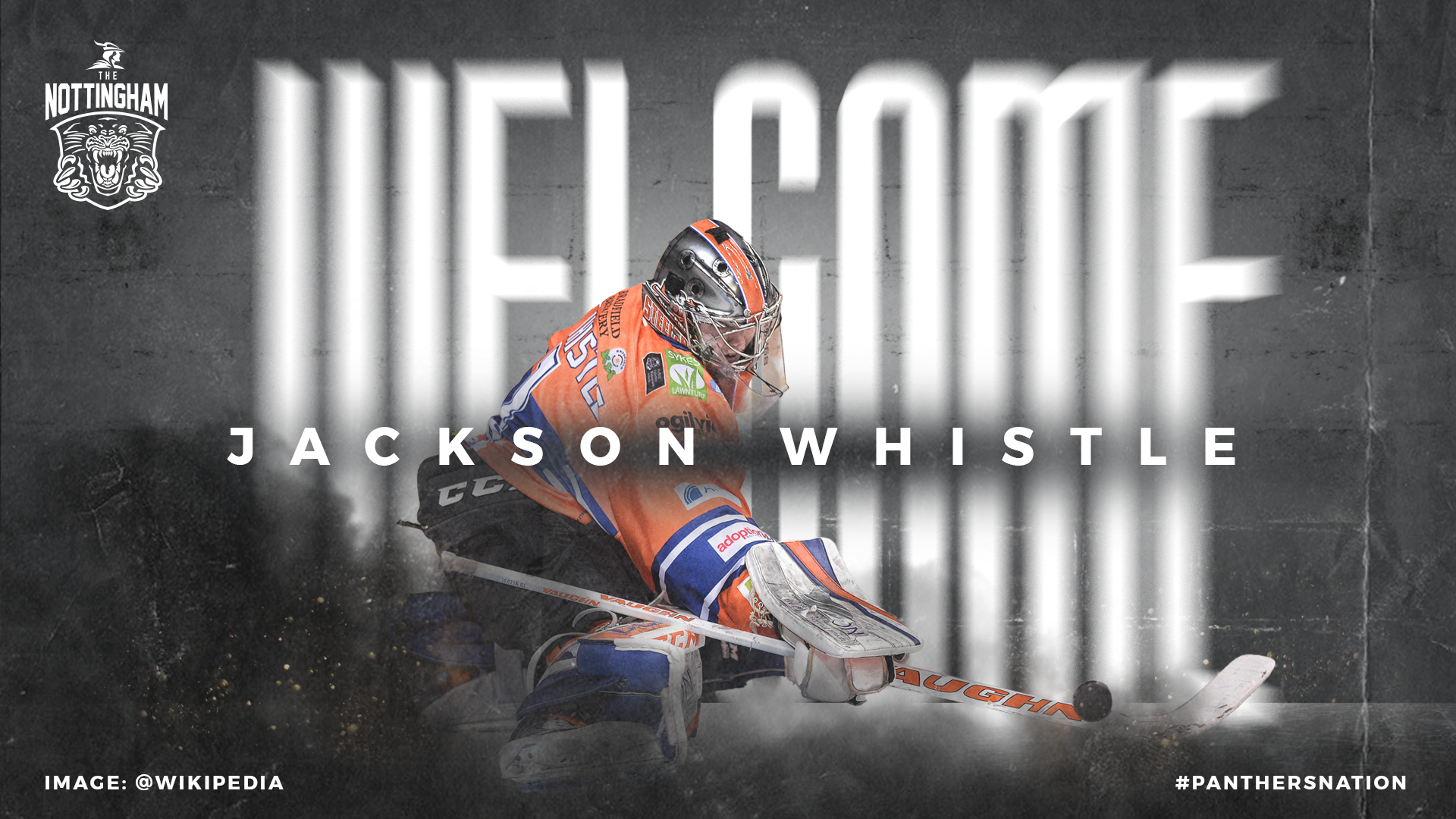 THE NOTTINGHAM Panthers are delighted to announce the signing of netminder Jackson Whistle for the 2019-20 season.

The player contacted the Panthers to tell us of his availability after we’d signed Kevin Carr.

The matter was passed on to director of hockey Gui Doucet who has now concluded negotiations with the former Belfast Giant and more recently Sheffield Steeler.

Despite being born in Kelowna, Canada Jackson qualifies as a Brit under EIHL rules and gives Head Coach Tim Wallace a great pairing between the pipes.

Panthers will still pursue a plan they’ve put in place to have some top British prospects train and potentially dress with the club and Sam Gospel, who’s going to start for Leeds in the new national league, will remain on Panthers’ roster too.

At just 24 years old Jackson Whistle, a GB international, has already started over 100 EIHL games and backstopped the Belfast Giants, who he played for for two seasons (16-17 & 17-18), to the 2017-18 Challenge Cup, where he made 27 saves to pick up the win over eventual league and playoff winners Cardiff.

Jackson also received plenty of ice-time as at the recent World Championships, where he helped Team GB defy the odds to remain in international ice hockey’s top pool.

Director of Hockey Gui Doucet was positively beaming when discussing his latest capture: “To pick up a Brit like Jackson Whistle at this stage of recruitment is incredible.

“He’s coming in to back-up Kevin Carr but as a genuine starter in this league he’ll be chomping at the bit for ice-time and that internal competition can only be good for us throughout the season.

“We’ll really see the benefit of a British netminder like Jackson, who’s capable of starting big games, in competitions like the Continental Cup where we have three games in three nights. We can’t wait to see Jackson in black and gold come August.”