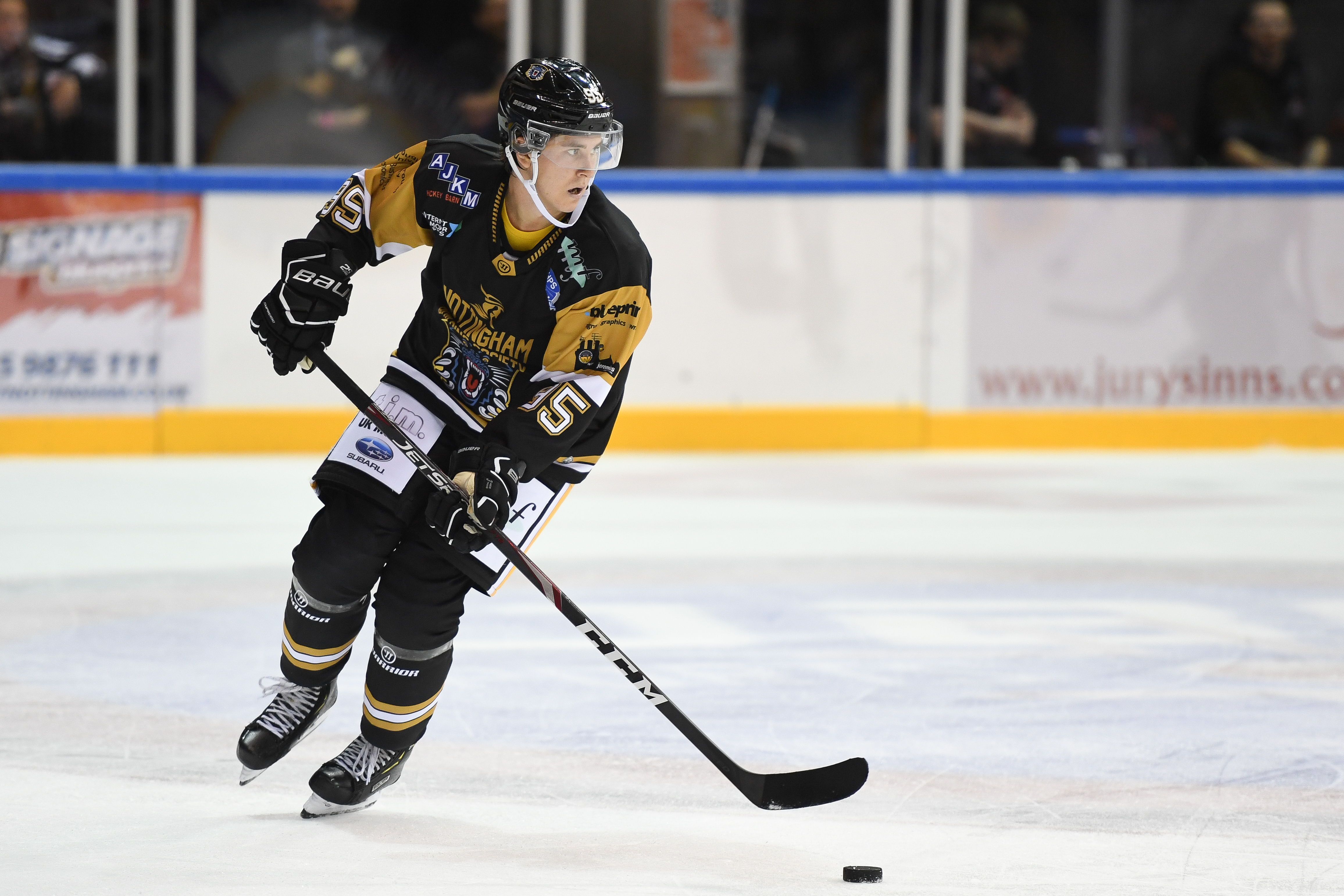 It's a Saturday night hockey night inside the Motorpoint Arena tonight when THE NOTTINGHAM PANTHERS meet Midlands' rivals Coventry Blaze at 7.00pm with the Aladdin Cup on the line.

The game will be played under Elite League rules and will go to overtime and penalties if required.

Dylan Malmquist arrived in Nottingham yesterday, minus his kit, so the Notre Dame alum didn't train and will watch tonight's game from the stands before hitting the ice with his new teammates next week. Jason DeSantis, who missed last weekend's pre-season series against the Devils as a precaution, took part in full training yesterday but is still listed as day-to-day and is unlikely to feature tonight.

Paws, sponsored by Planet Bounce, will once again be amongst the stands with giveaways from his sponsors so if he's in your block make some noise and you could be bouncing all the way to Planet Bounce with Paws.

The fifty-50 draw is in operation as always as is the "Shirt Off His Back" raffle in which you could go home with the jersey of #88 Jon Rheault, who's goal 17 seconds from time lifted the Panthers to victory against the Devils last week.

We'll also have the latest episode of "The Hunt" by Lace Market Media to premiere on the big screen prior to face-off so make sure you're in your seats with plenty of time to spare before the puck drops.

The car parking season ticket deal applies tonight or you can travel by tram on the special Panthers’ NET deal for £2.50.

Tickets will be available on the door but to avoid the queues get to the Motorpoint Arena box office early, call 0843 373 3000 or click here to buy your tickets now!