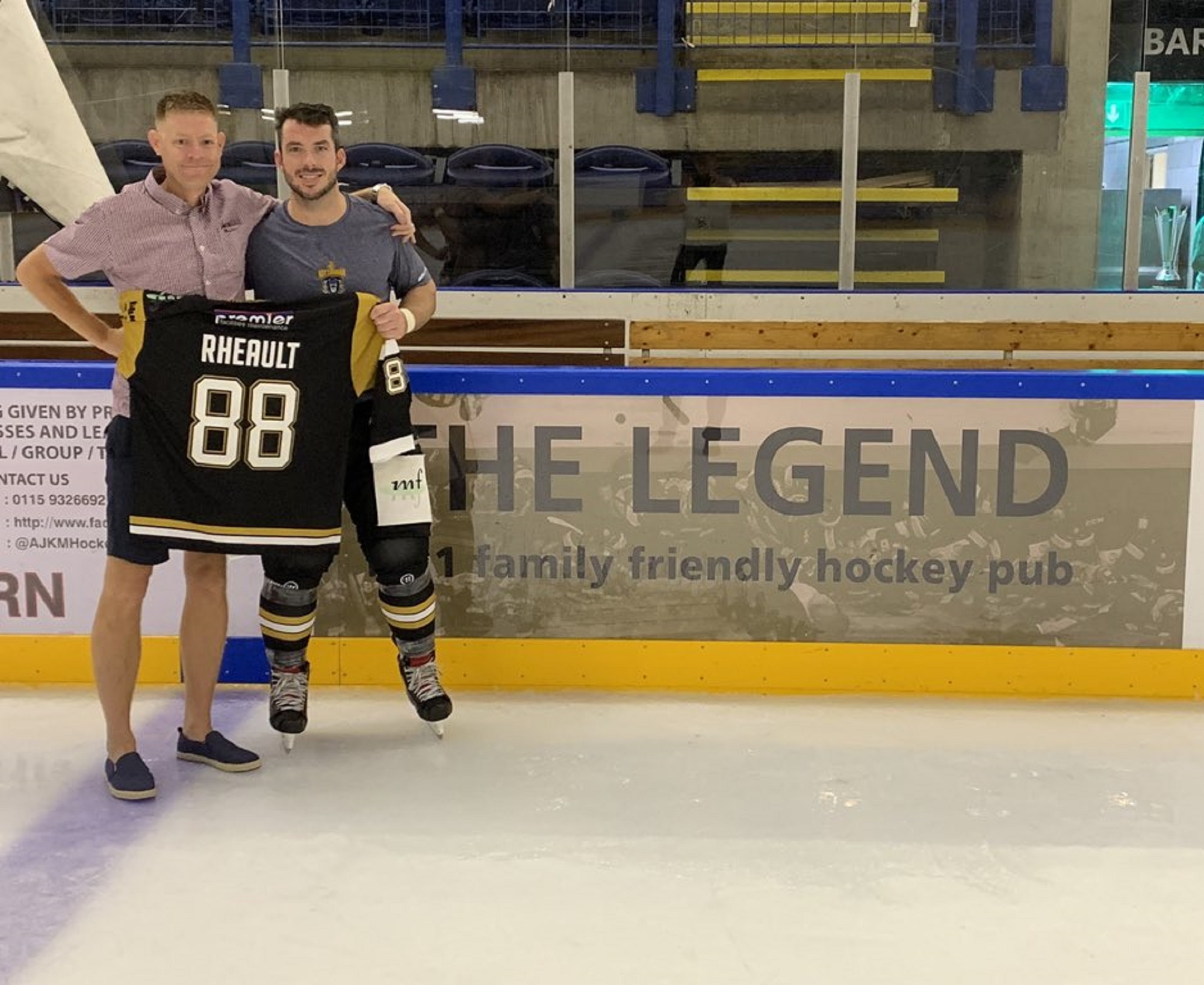 Jon Rheault added to his two goal performance against Cardiff last week, that included the game-winner with just 17 seconds remaining, with an assist in Saturday night's 4-2 Aladdin Cup win over the Blaze and his jersey was up for grabs in the "Shirt Off His Back" raffle.

When DJ Ken announced the lucky winning number it belonged to Gavin Padley from Nottingham!

More commonly know as Gav he will be a familiar face to Panthers' fans as he and his wife, Shelly, run The Nottingham Legend, long tim sponsors of THE NOTTINGHAM Panthers, which is located less than a slapshot away from the Motorpoint Arena.

The Highlights Show, brought to you by The Nottingham Legend - Nottingham's number one family friendly hockey pub, featuring the best of the action from Saturday's Aladdin Cup victory will be live tomorrow (Sunday) and can only be viewed on PanthersTV, with Jeremias Chimney Systems.