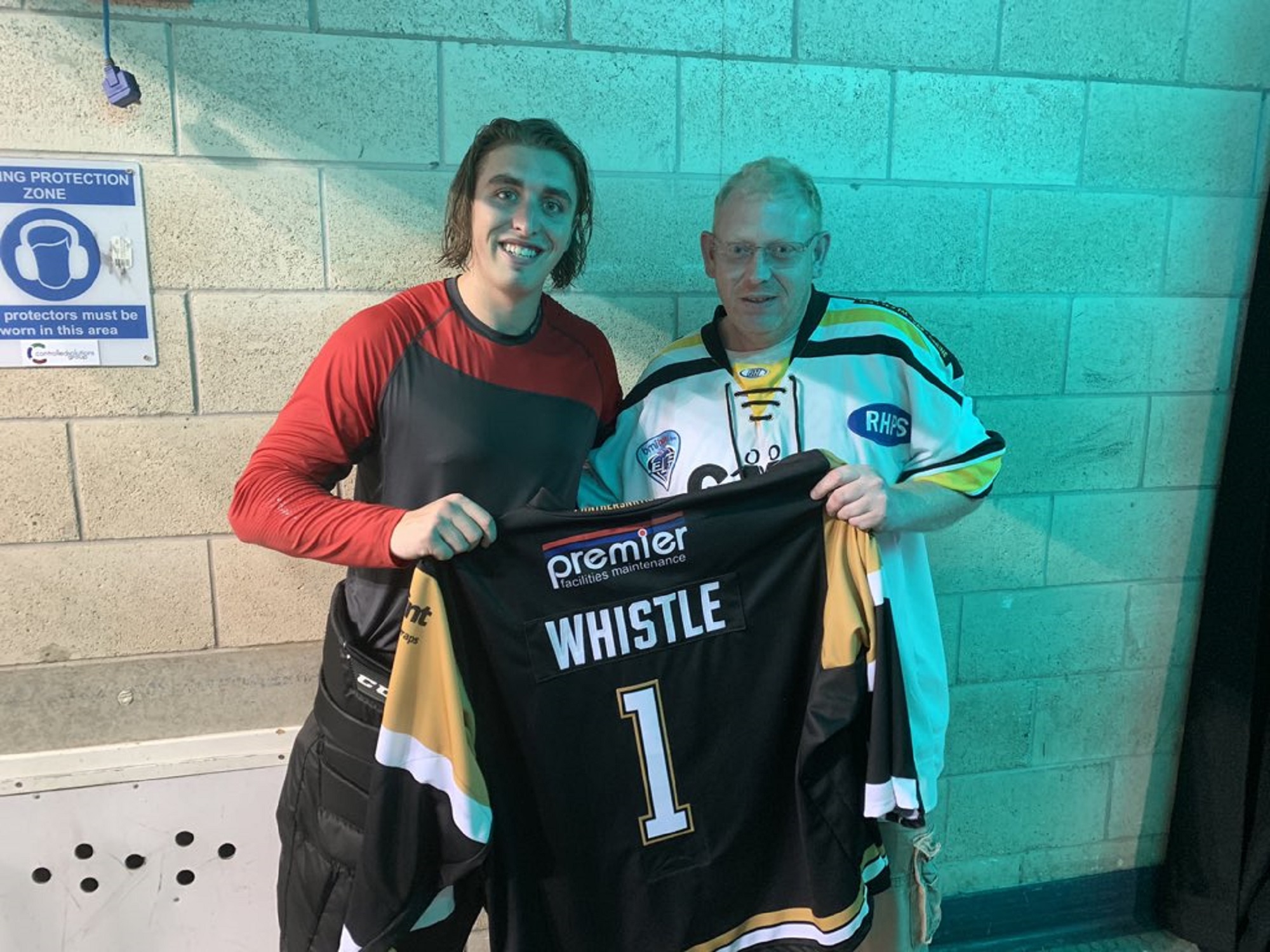 Jackson Whistle's shirt was up for grabs in Sunday's "Shirt Off His Back" raffle and when number 2315 was called out it was Paul Topping from Carlton who was the lucky winner.

The Panthers' netminder made 32 saves in the win, his first start at home, over his former team and Paul was escorted down to the Panthers' locker-room after the game to collect his prize.

Paul has been a fan for three years, always buying his raffle tickets off of the same seller, and always sits in block seven but today he moved seats, but stuck with the same seller, and it worked out for him both on and off the ice as he saw the Panthers skate to a 5-1 win and himself take home Jackson's jersey.

There'll be another jersey on the line when THE NOTTINGHAM Panthers take on the Glasgow Clan on September 28th and 29th in a home-ice double header. You can book your tickets for that game by calling 0843 373 3000, visiting the Motorpoint Arena box office or clicking here to buy online.