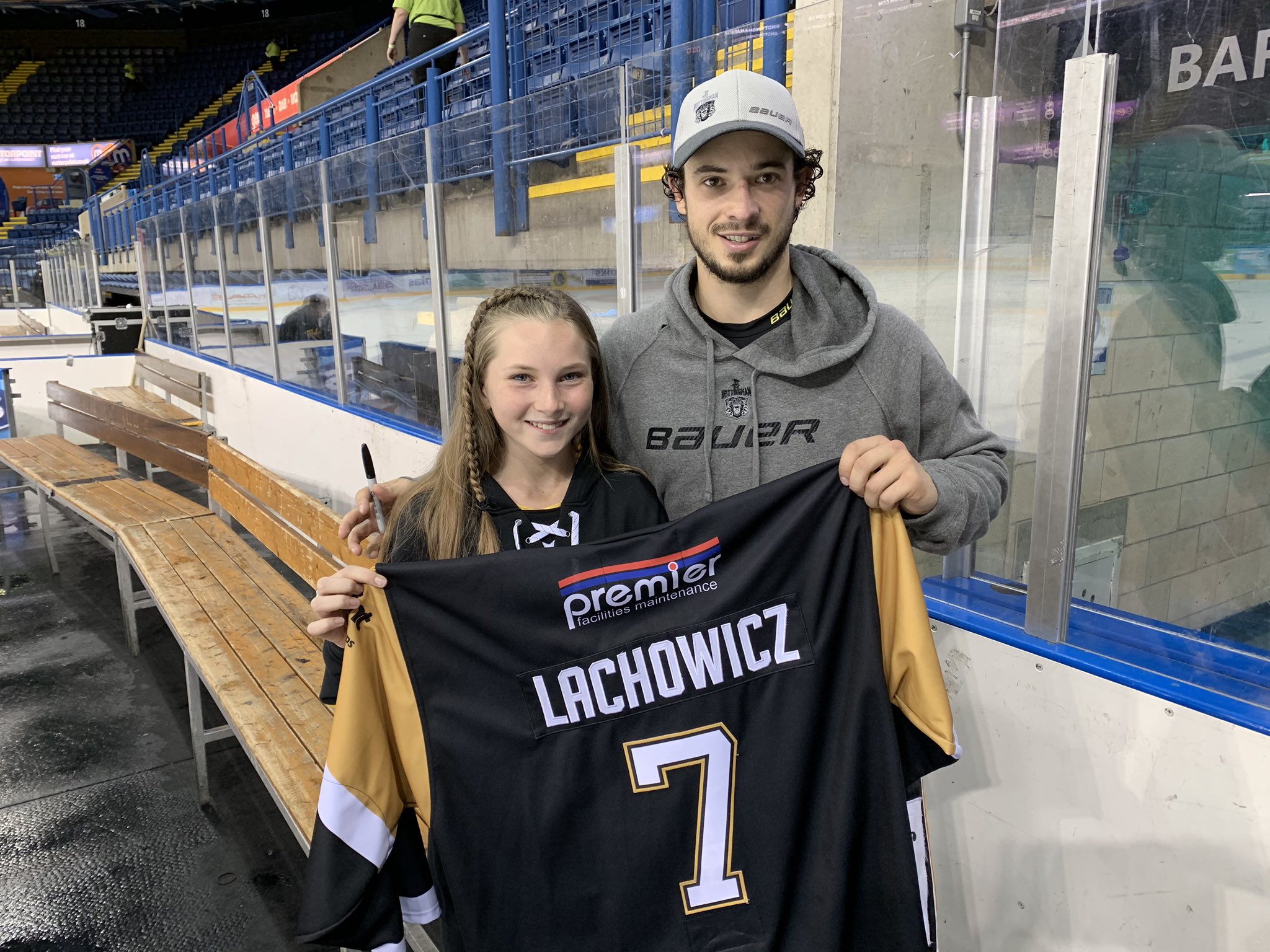 12 year old Ffion, from Loughborough, has been a Panthers' fan for almost three years now and is looking at becoming a first time season ticket holder next season.

She normally buys her "Shirt Off His Back" tickets when first getting to the arena but due to being stuck in a traffic jam en route to the arena she had to get them in the first period intermission... and it worked out a treat!

Ffion was escorted down to the Panthers' locker room after the game and was presented with her prize by testimonial man Robert Lachowicz.