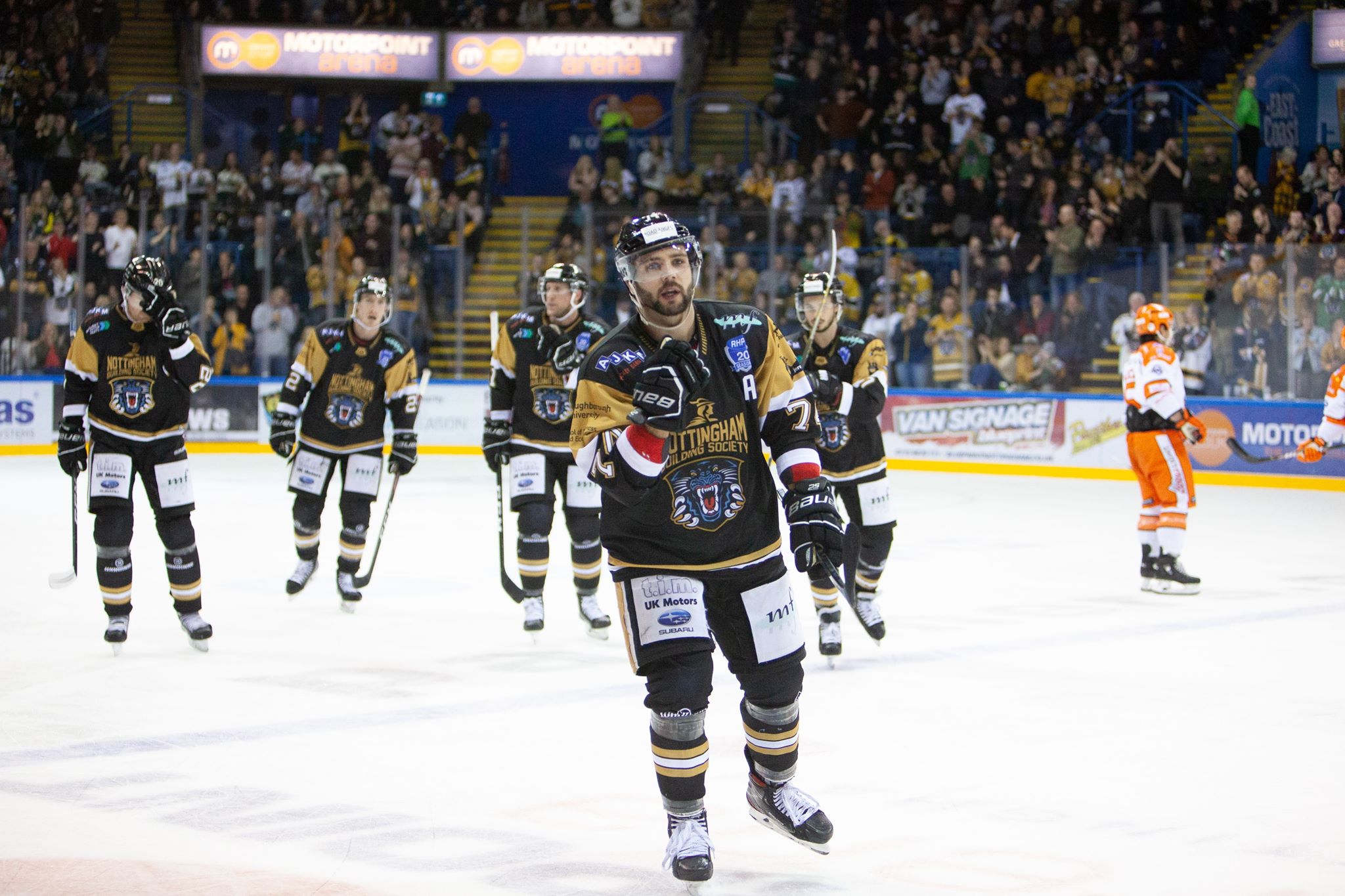 It's a home-ice bonanza for THE NOTTINGHAM Panthers this coming week as they take on the Cardiff Devils (Sunday October 20th at 4.00pm), Manchester Storm (Wednesday October 23rd at 7.30pm) and Fife Flyers (Saturday October 26th at 7.00pm) in the space of seven days.

The game against Manchester is in the Challenge Cup and is not on the season ticket. Season ticket holders do, however, have until THIS SUNDAY (October 20th) to secure their seats before they are released to general sale.

You can book your tickets to any/all of the three games by visiting the Motorpoint Arena box office, calling 0843 373 3000 or by clicking here to buy online.

A club spokesperson said: "Home games are a bit like busses at the moment, we don't have one for ages then three come along in the space of seven days but that's the hand that we've been dealt with the ice made available to us.

"The amazing support from the fans is appreciated by the team and they're using that as fuel to ge this train back on the tracks.

"Everyone was looking forward to getting back on the ice at training today as the group are determined to bring smiles back to faces and that starts this weekend against Cardiff."