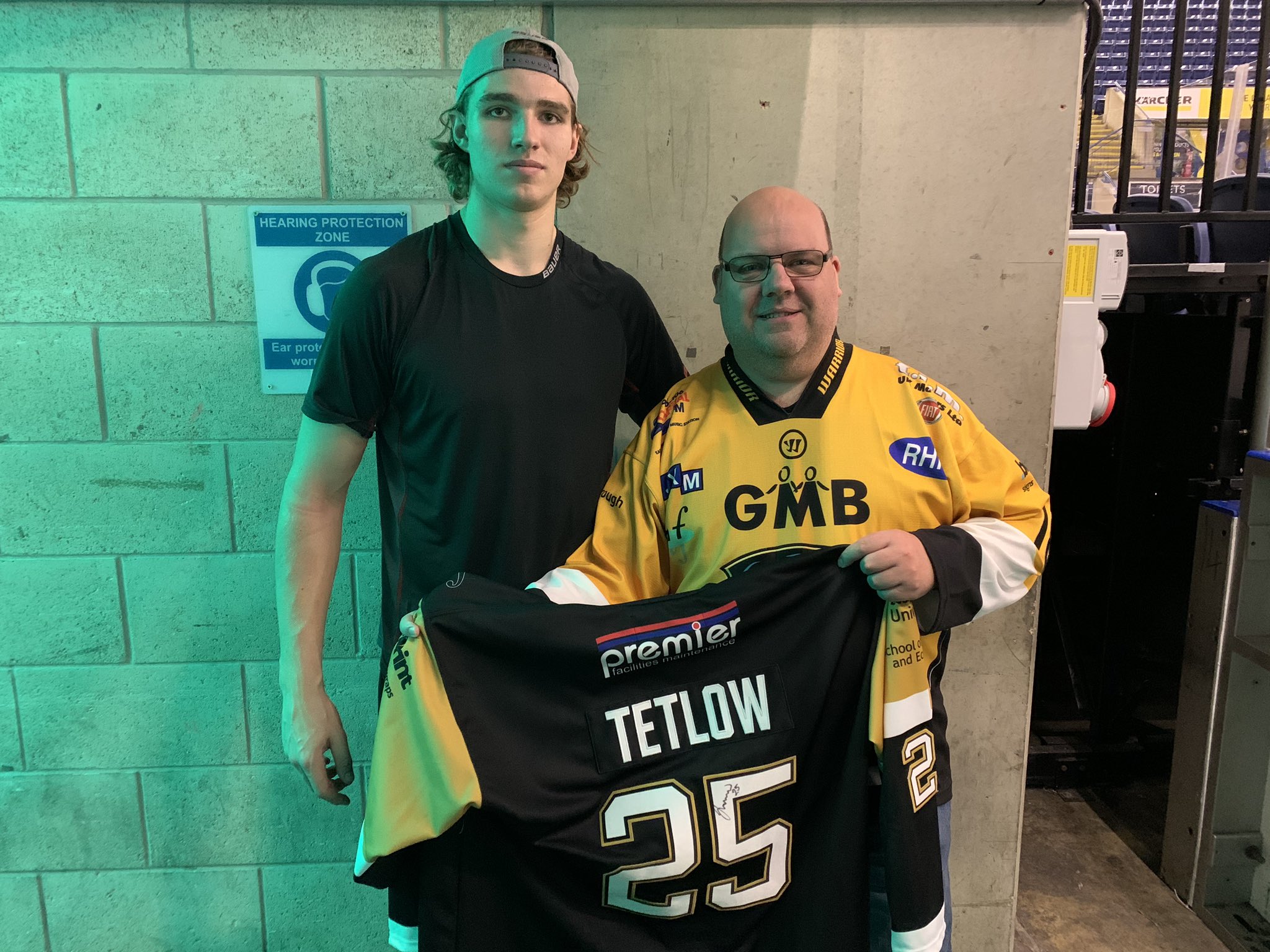 Dave Keeton, from Nuthall, is already guaranteed a game worn jersey this season as he's one of Jon Rheault's gold player sponsors but at Sunday's game against the Devils he got his hands on Josh Tetlow's game worn black jersey in the "Shirt Off His Back" raffle.

Dave's been a fan of THE NOTTINGHAM Panthers since the 80's and is now in his fifth year as a season ticket holder.