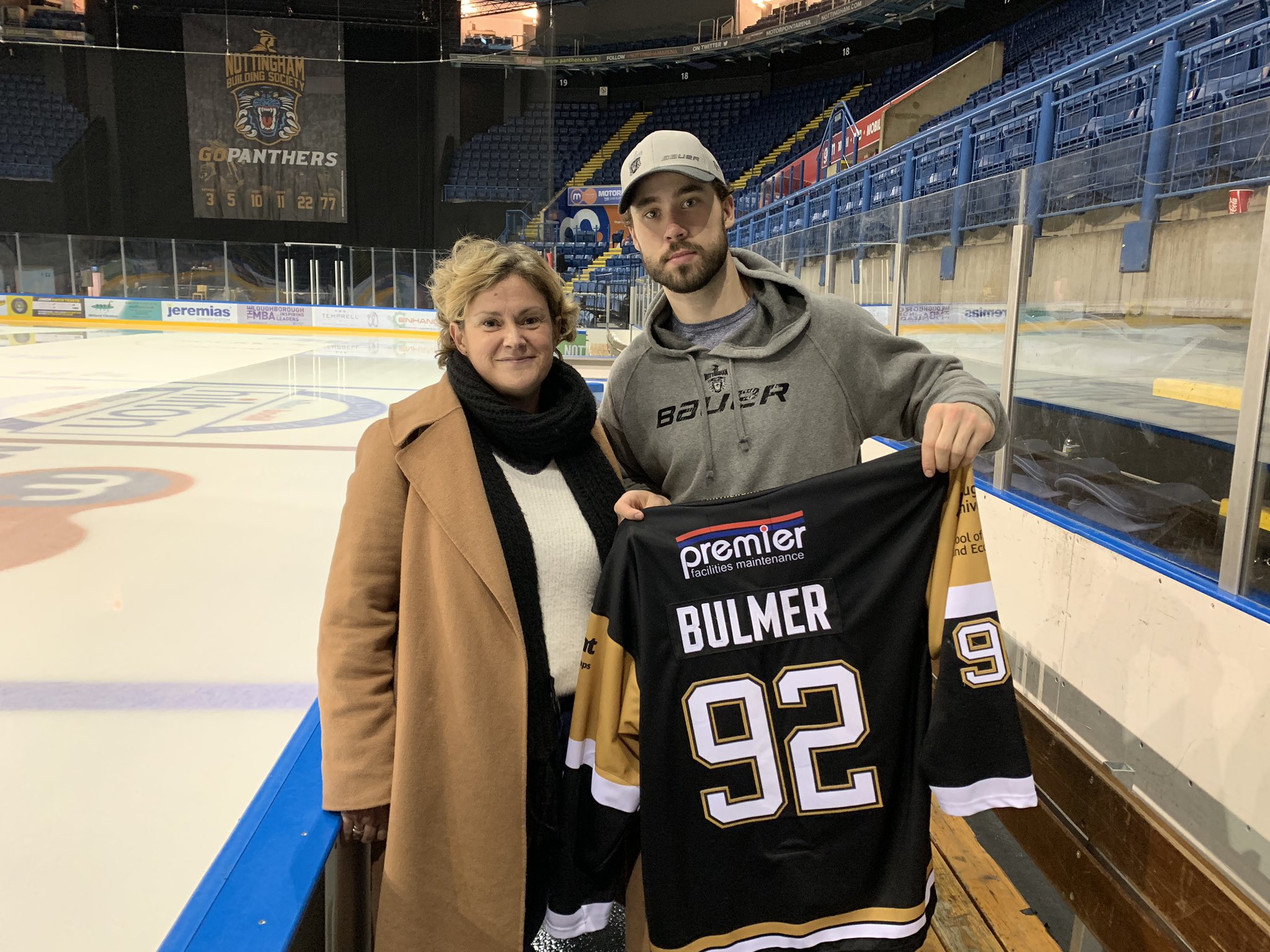 Rachael Harrison was born and bred in Nottingham but now resides in Sheffield, definitley not a Steeler though, and has been a fan of THE NOTTINGHAM Panthers since 1983.

She travelled down to Nottingham for tonight's Challenge Cup game against the Storm and purchased her FIRST EVER "Shirt Off His Back" ticket and only went and won Brett Bulmer's game worn black jersey!

There'll be another jersey up for grabs at this Saturday's game against the Fife Flyers, face-off 7.00pm.