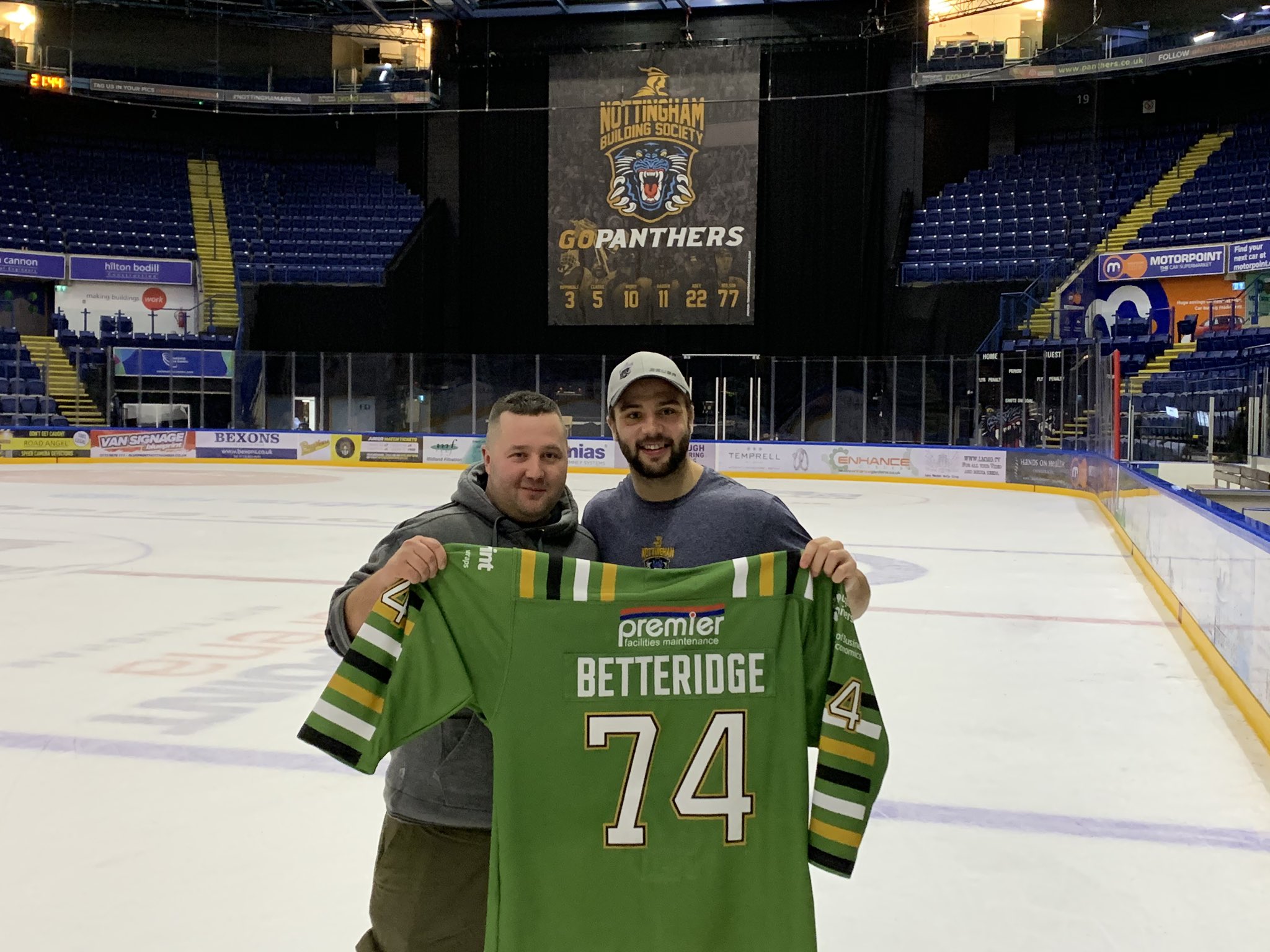 Dave Cordy, from Swadlincote, has been a fan of THE NOTTINGHAM Panthers for four years now and Saturday night's game aganst the Fife Flyers marked his THIRD win in the "Shirt Off His Back" raffle!

Dave's purchased his tickets from the same seller for the last two seasons but as they were away he had to get his ten tickets from someone else, it didn't affect his luck though as he once again went home a winner with The Nottingham Panthers.