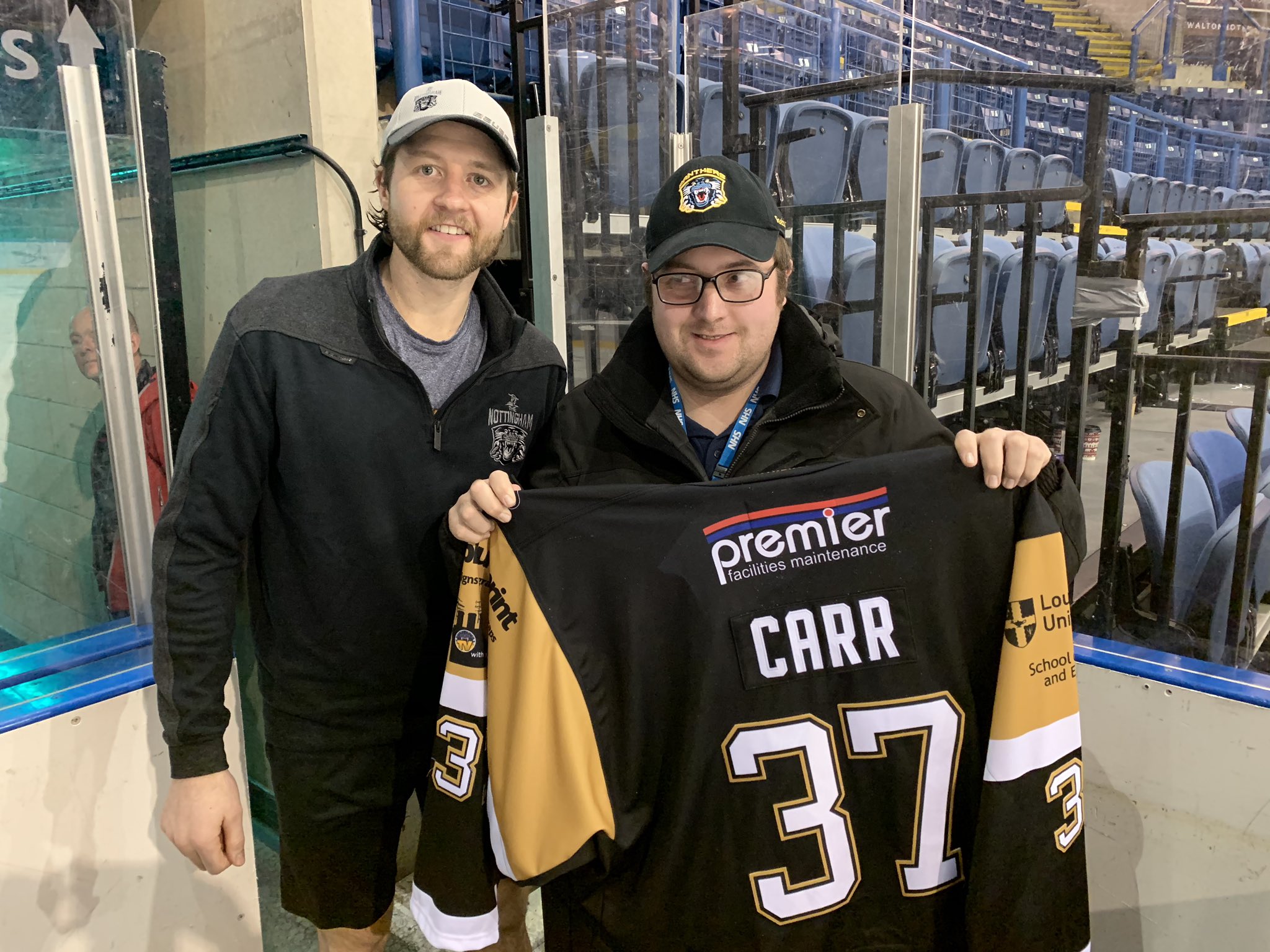 Adam Beel, from Toton, won Robert Farmer's jersey in a "Shirt Off His Back" raffle last season and at Sunday's game against the Flames he became a two-time winner when he took home Kevin Carr's gameworn black jersey.

The block 15 season ticket holder always buys his tickets off of the same seller, four tickets - one from each strip, and it paid dividends once again for Adam, who's been a fan of THE NOTTINGHAM Panthers for over ten years.

There'll be another jersey up for grabs at Wednesday's Challenge Cup Quarterfinal against the Guildford Flames, you've got to be in it to win it and the only way to win it is to be there so book your tickets today, they're only £10 (adults) and £5 (concessions) across the board, by visiting the Motorpoint Arena box office, calling 0843 373 3000 or by clicking here to buy online.