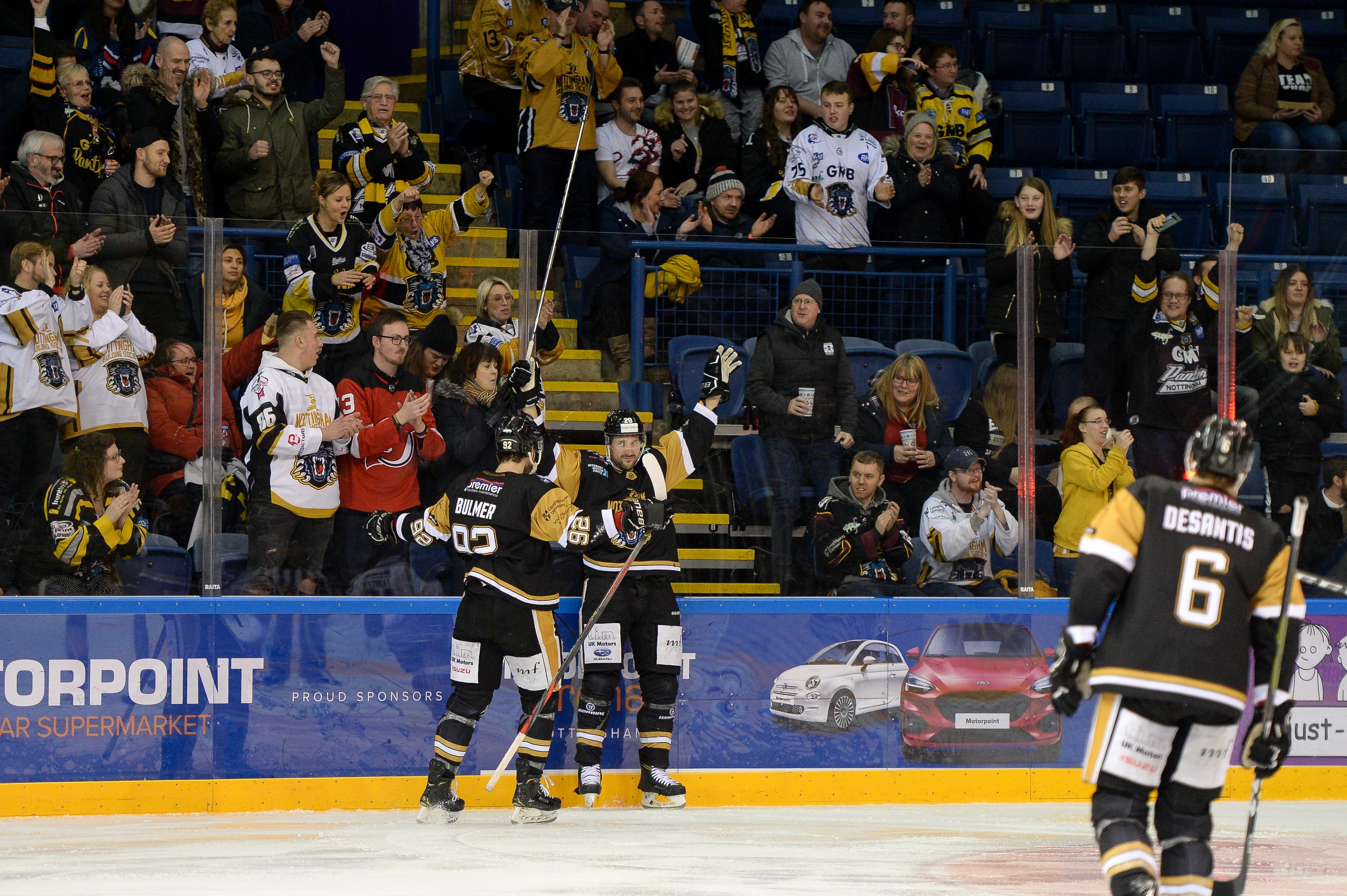 With the international break upon us THE NOTTINGHAM Panthers aren’t in home ice action until Valentines’ Night in a fortnight BUT the box office reports an early healthy interest in tickets already.

The bowl for Valentines’ Night when the Fife Flyers are back in town is already more than half spoken for.

Two days later on Sunday February 16th, Panthers are back at the Motorpoint Arena for a top of the table clash with Belfast and that game is already nearly two-thirds spoken for in the bowl.

Further ahead the next clash with arch-rivals Sheffield is at home on Saturday February 22nd when there are already only around a thousand tickets left and counting in the bowl.

To buy tickets for any or all of the games, visit the box office at the Motorpoint Arena in person, call them on 0843 373 3000 or click here to buy online.