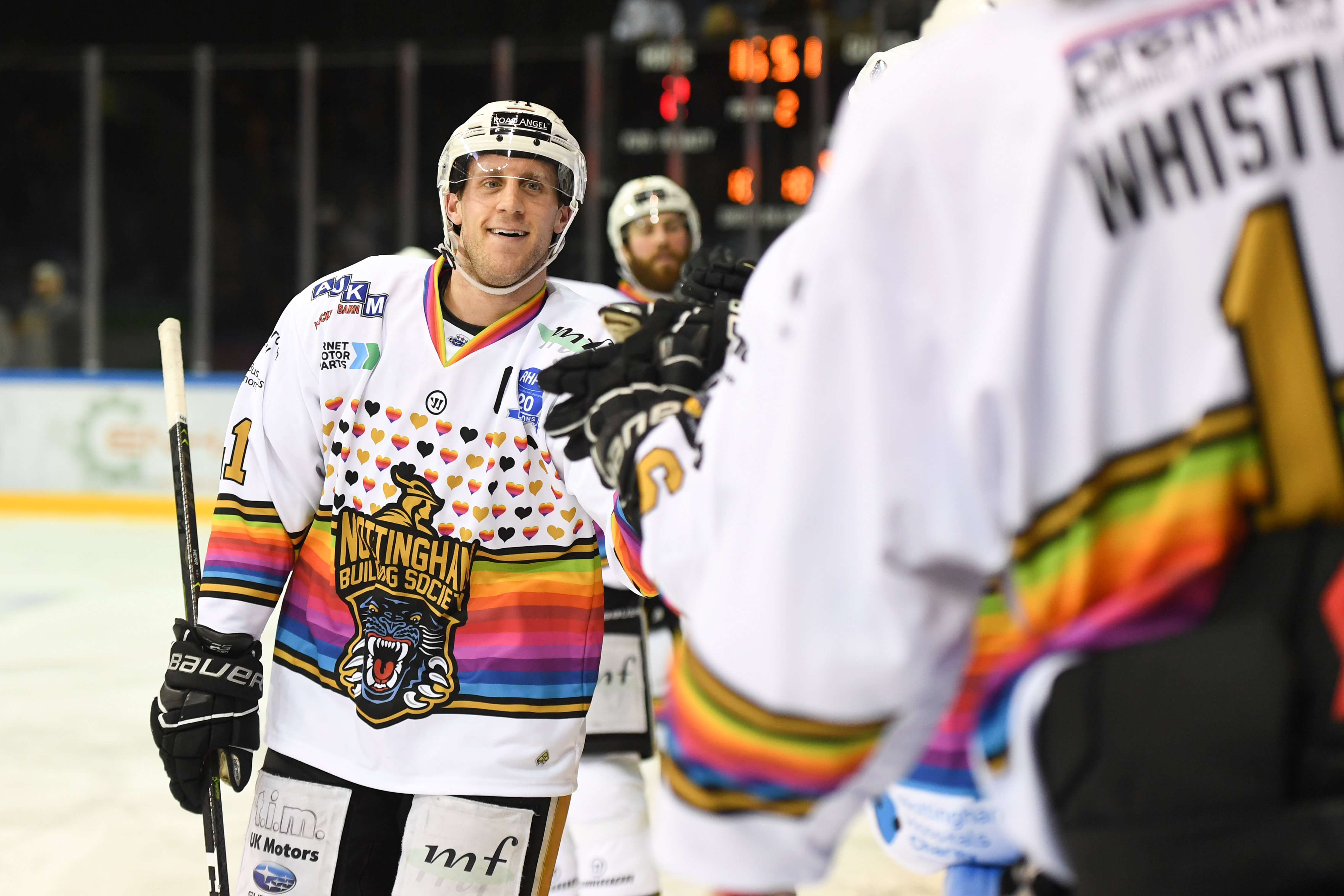 There’ll be a hectic re-start to the domestic action after the international break with THE NOTTINGHAM Panthers involved in three games in five nights, including two at home for a love-fest of a Valentines’ weekend.

We’re more than half full in the bowl at the Motorpoint Arena for Valentines’ night itself when Fife come down from Scotland for 7.30pm action on Friday February 14th.

And two days later rivals Belfast fly in for more league action with more than two-thirds of the seats in the bowl at the arena already accounted for.

Looking further ahead and there are well under a thousand tickets available for the visit of the Sheffield Steelers on February 22nd with over 250 tickets sold for that game in the last 24 hours.

To buy tickets for Panthers’ home games you can visit the box office at the arena in person, you can call 0843 373 3000 or you can click here to buy online.

PANTHERS’ ICE HOCKEY – THE LOUDER THE ROAR, THE BIGGER THE SCORE!