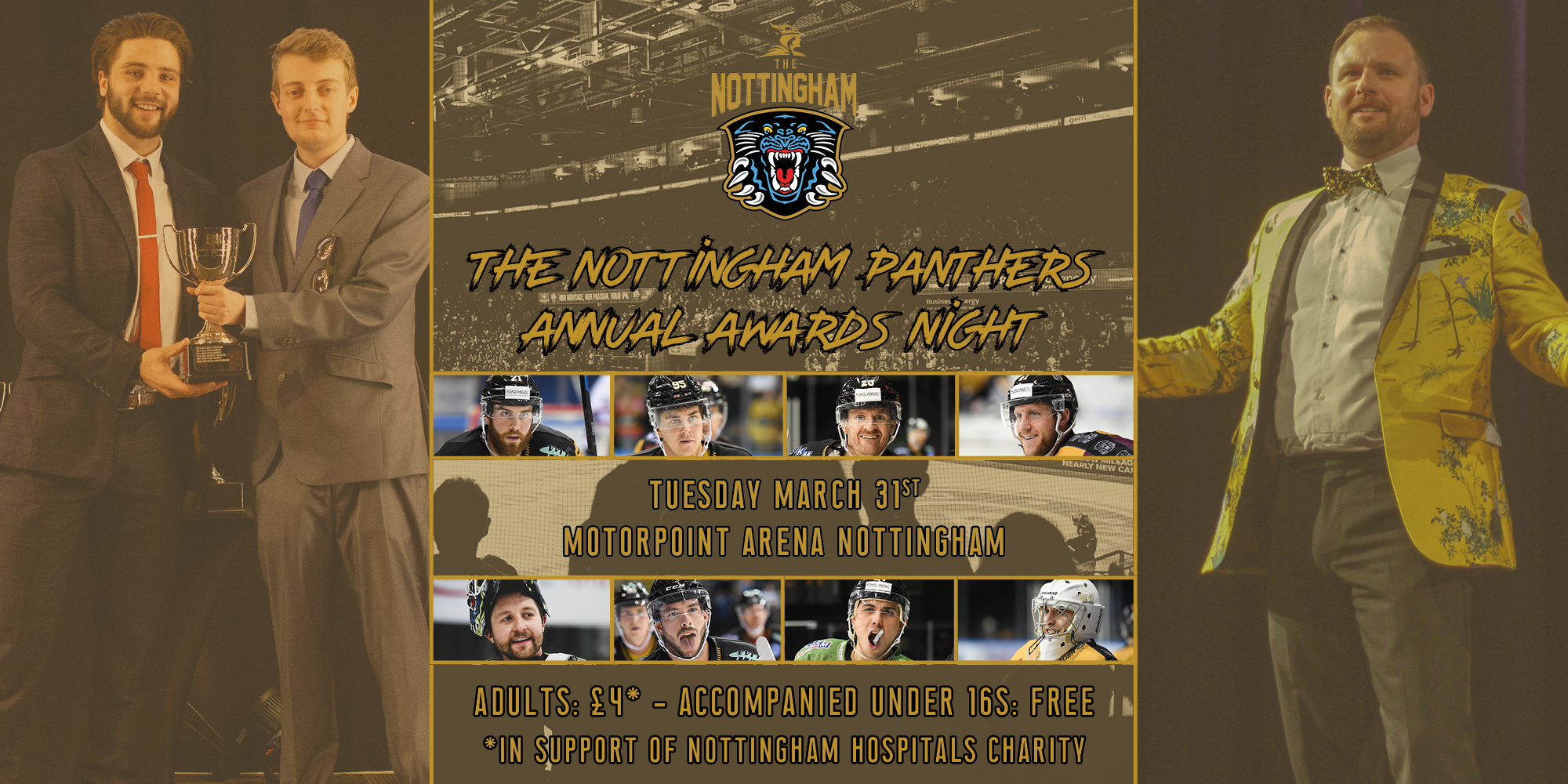 The ice hockey glamour night of the year – THE NOTTINGHAM Panthers’ annual awards show – is being opened up to everyone for the first time.

With a change of location to the arena we’re proud and pleased to announce that we can open up the event beyond the VIPs and sponsors.

Ticket prices are being set really low and will help fund-raising for the club’s season long charity efforts. Prices will be just £4 for adults and nothing for kids 16 and under. But youngsters have to be accompanied by a guardian AND they will need a ticket which you can get alongside adult tickets at the time of purchase.

The arena will not be adding any booking or facility fees, so apart from the VAT man’s cut, everything will go into the fund-raising effort for Nottingham Hospitals Charity (Trent Cardiac Unit).

We’ll be taking over one end of the arena on the night of March 31st (Tuesday).

It will be unreserved seating in Blocks 9, 10 and 11, spreading back and round depending on demand.

Player-sponsors, our other sponsors and VIPs will be seated along with the Panthers’ players on the seats on the floor of the arena, the scoreclock will be lowered to form a fitting backdrop and the stage will be built across the ice.

We’ll have our camera team on hand so we can beam live pictures to the screen so that fans in the building won’t miss a thing as the awards show builds up towards the ten “Oscars” - our main team awards.

The arena will be opening up the food and beverage facilities on the concourse so fans can make an evening out of the event.

Soon we’ll be launching our annual fans’ vote for most entertaining and fans’ player of the year categories.

Tickets will go on sale for the annual awards show, hosted for the first time by the Motorpoint Arena from 9am on Valentines’ Day. See you there!