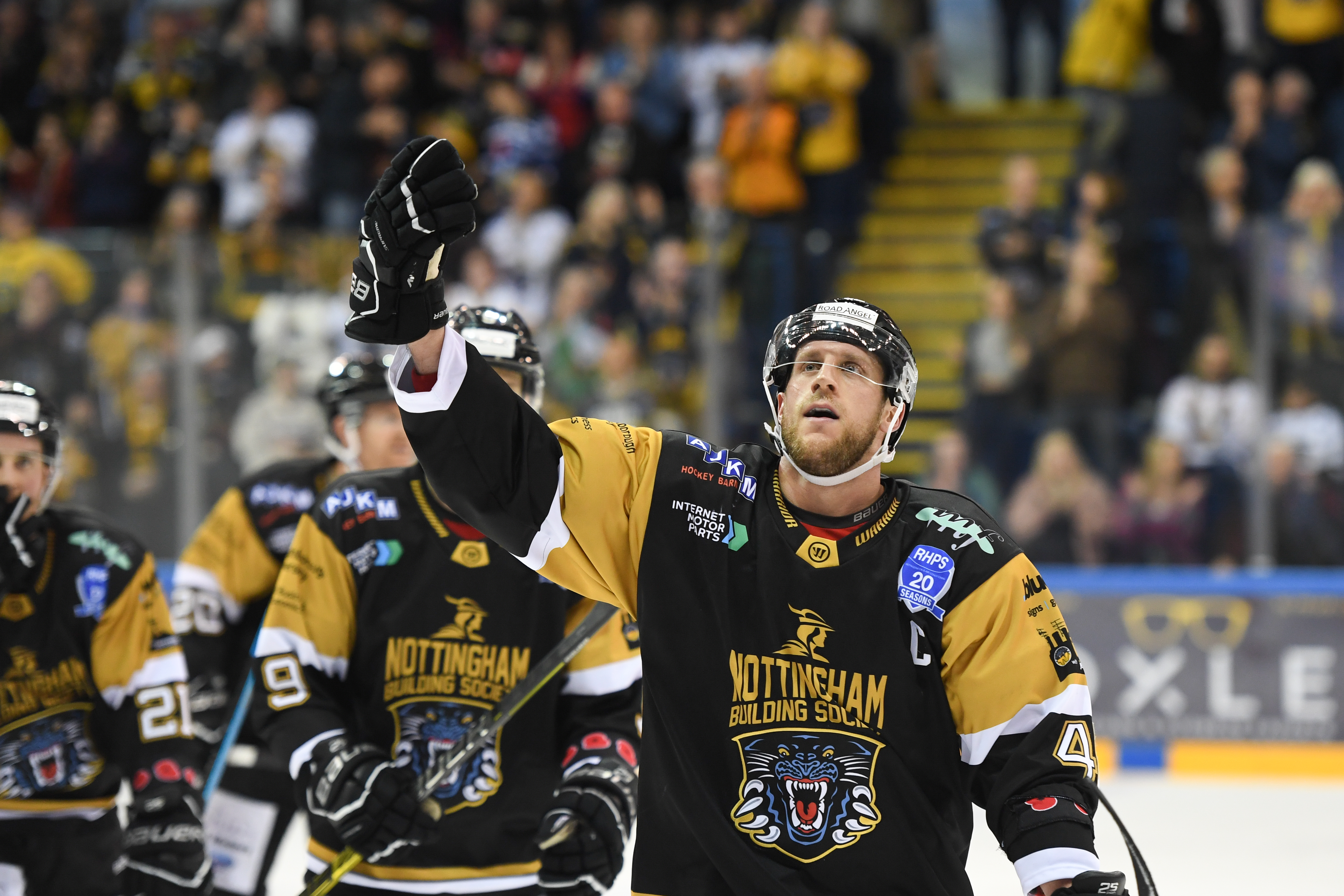 THE NOTTINGHAM Panthers' Captain Sam Herr and Player/Assistant-Coach Mark Matheson have both been named to the "EIHL First All-Star Team" as voted for by Elite League fans.

Defenceman Mark Matheson, who joined the Panthers from arch-rivals Sheffield on the back of a lower body injury that caused him to miss the last 14 games of the 2018/19 campaign, returned to the Elite League with a point to prove and, as the oldest player on the 19/20 roster, showed that age is just a number as he finished second in the Panthers' point-scoring charts, behind only Captain Sam Herr, and was second amongst all defenceman in the Elite League point-scoring charts.

Mark, who picked up 10.52% of the fans votes behind only Cardiff's Gleason Fournier, also added 7 points (2 goals & 5 assists) in 12 Challenge Cup games and 5 points (5 assists) in six Continental Cup games.