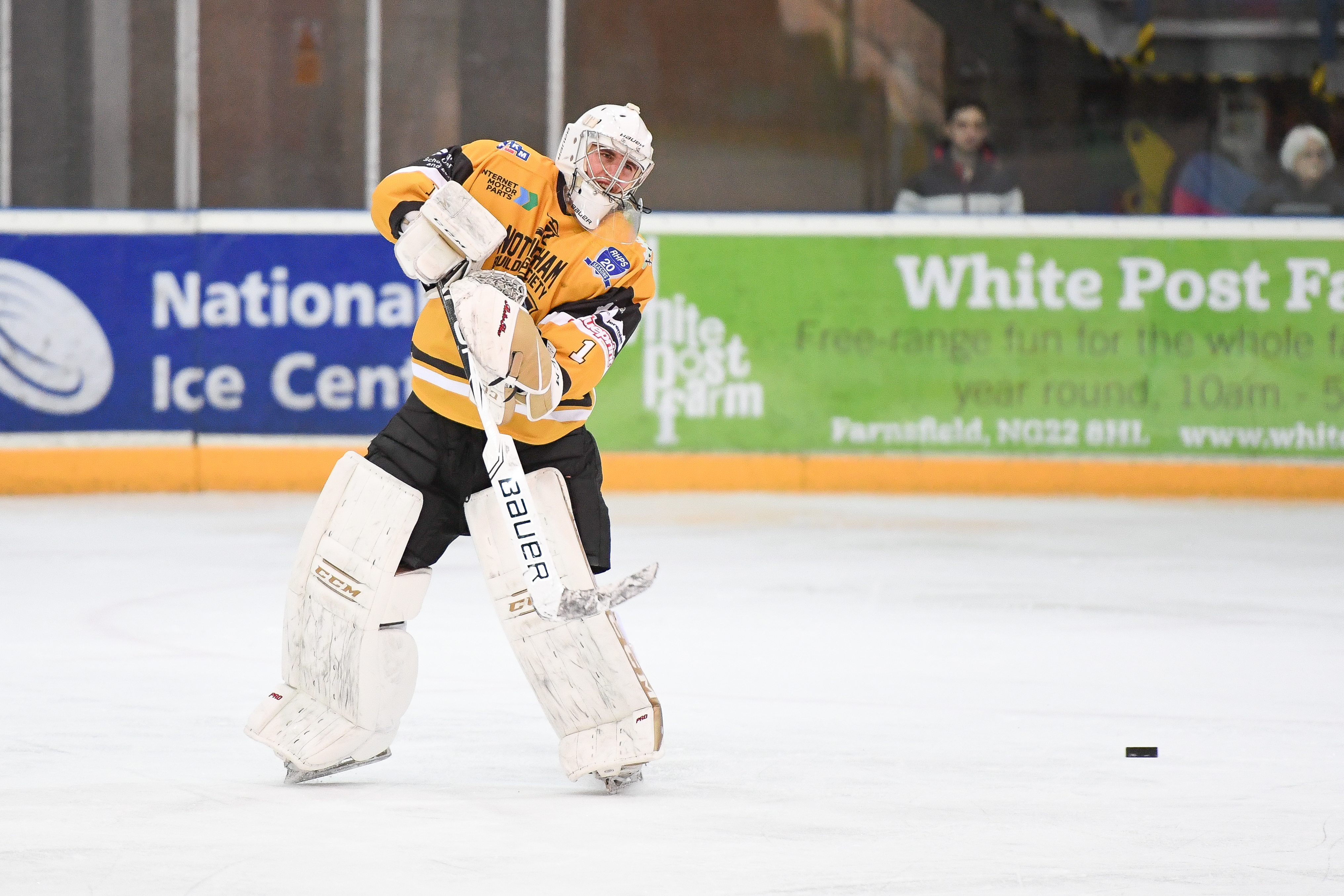 Panthers’ fan Jake Land made a brave bid to win the exclusive Craig Kowalski LEGEND jersey in last week’s on-line raffle buying quite a few tickets to try to snag the top prize.

In the end the random computer generated draw sent the star prize elsewhere BUT Jake’s numbers came up not once but TWICE and he will be getting TWO of the unique gold scrimmage jerseys from the end of last season, one signed by netminder Jackson Whistle and another signed by Jon Rheault.

We’d like to thank Jake for his interest in the raffles and congratulate him and all the winners so far.

There’s a new raffle underway which is headlined by what we believe to be the rarest of rarities. A Panthers’ Legends shirt bearing the namebar and number of a man whose name springs to so many lips when Nottingham and ice hockey are mentioned in the same breath – CHICK ZAMICK.

Check out the latest raffle by clicking here.