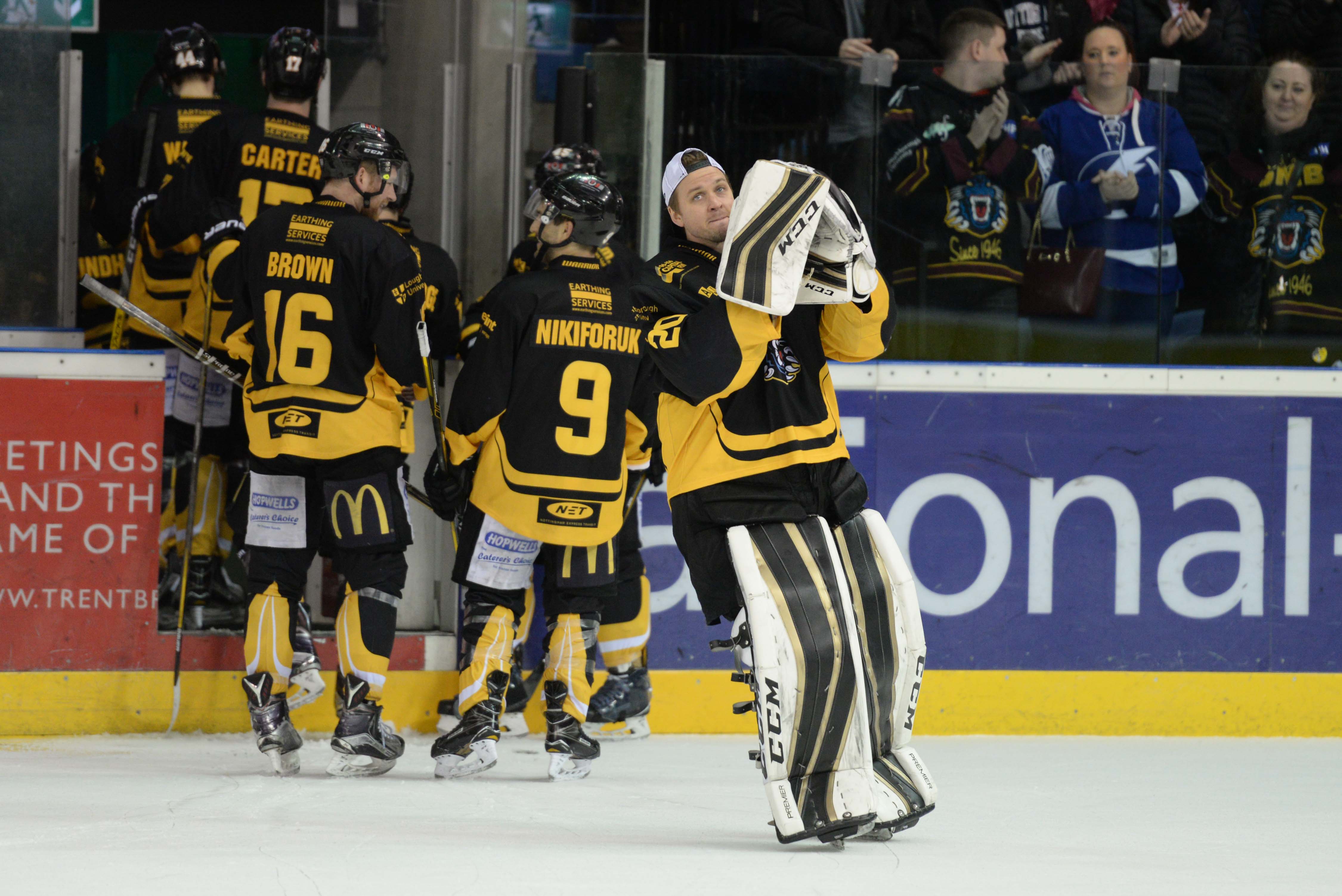 It’s a MEGA PRIZE BUNDLE up for grabs on this week’s Panthers’ online shirt raffle and we’ve been chatting to Director of Hockey Gui Doucet about the memorabilia up for grabs. In all we’ve got SIX prizes on offer.

Netminder MIIKA WIIKMAN was the star netminder who back-stopped the Panthers to the cup and play-off double in season 2015-16 and then returned the following year to play a huge part in the club becoming the first British team ever to win a European title when Nottingham lifted the Continental Cup in 2017. In 2004 against the odds the Panthers won the Challenge Cup in a season when JOHN CRAIGHEAD had 75 points and 190 penalty minutes. His #88 Legends shirt is also one of this week’s prizes.

We grabbed a word with Gui Doucet about his former team mate Miika Wiikman and you can hear what he had to say here, on Panthers’ Radio with Xynomix - hear him through the image above or the link in the Radio Buzz section.

It’s a six pack of prizes and one of them could be yours for just a pound! Click here to join in the fun!