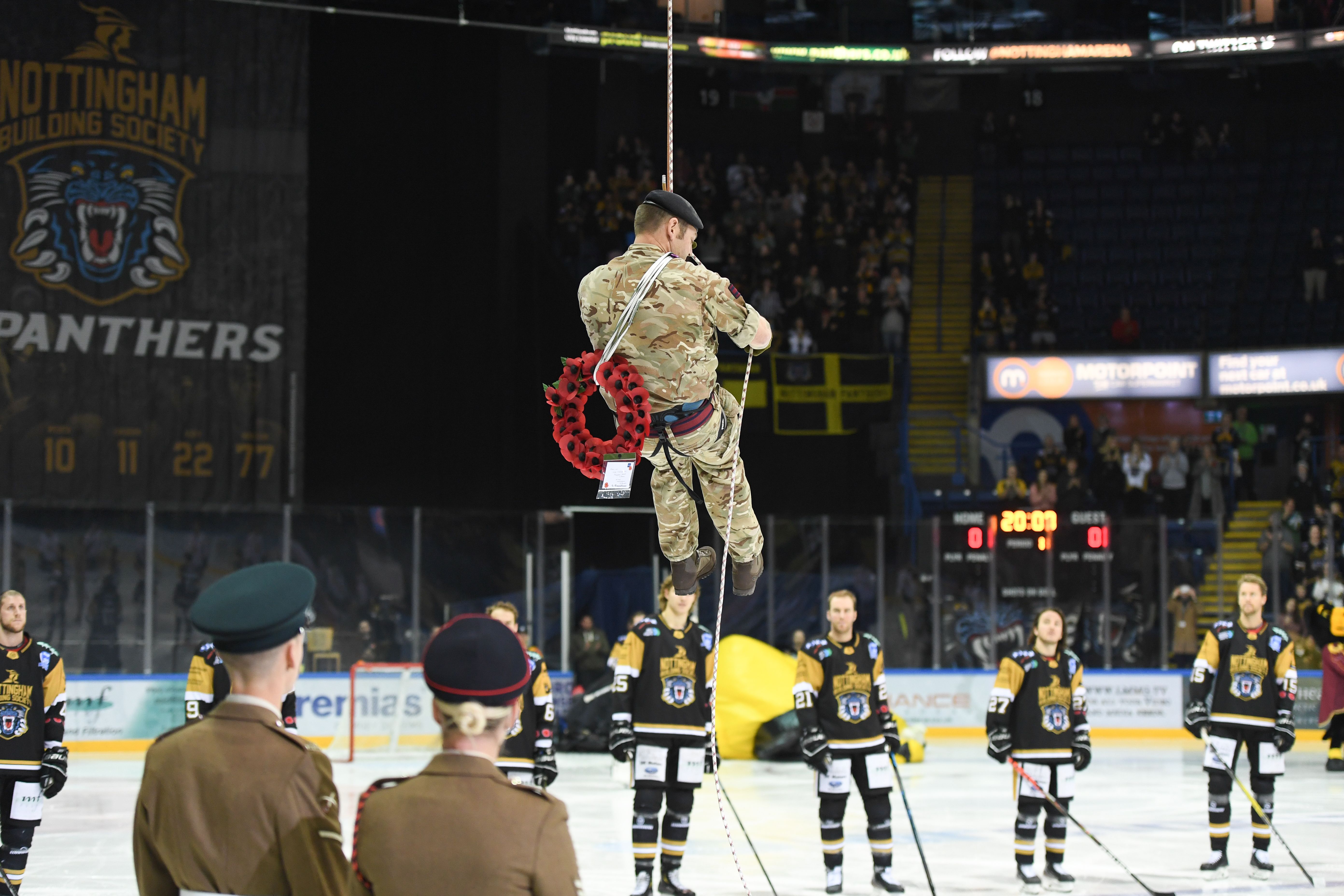 THE NOTTINGHAM Panthers are proud to announce that next week’s online shirt raffle will be dedicated to this year’s Poppy Appeal.

The Royal British Legion annual fund-raising allows for every poppy to make a difference to the lives of our Armed Forces community, but they say, like so many things this year, the Poppy Appeal has had to adapt to the threat of Covid-19.

They’ve called on the public to support them like never before, because every poppy counts.

With some people unable to leave their homes as they normally would to find a poppy, and with many of the charity’s collectors unable to carry out face to face collections, they’ve been asking for new ways for people to show their support remotely.

Here at the Panthers we decided to answer the call with the on-line shirt raffle. We’re having some special poppy themed shirts made up and they will be the prizes in next week’s raffle. We’ll make extra tickets available and all the money raised will be passed on.

We had a spectacular Remembrance Sunday ceremony last year with the wreath dropping in by abseil from the roof and we had an even bigger production mapped out for this year to show our appreciation of the country’s forces’ personnel.

Like so many things this year those plans have had to be shelved and without live games fans will not even have the chance to buy their poppies on their way in to the arena as usual.

The raffle will be a chance for fans to show their support (and you could win an exclusive unique shirt). That’s next week, starting on Monday morning, on the Panthers’ on-line shirt raffle.