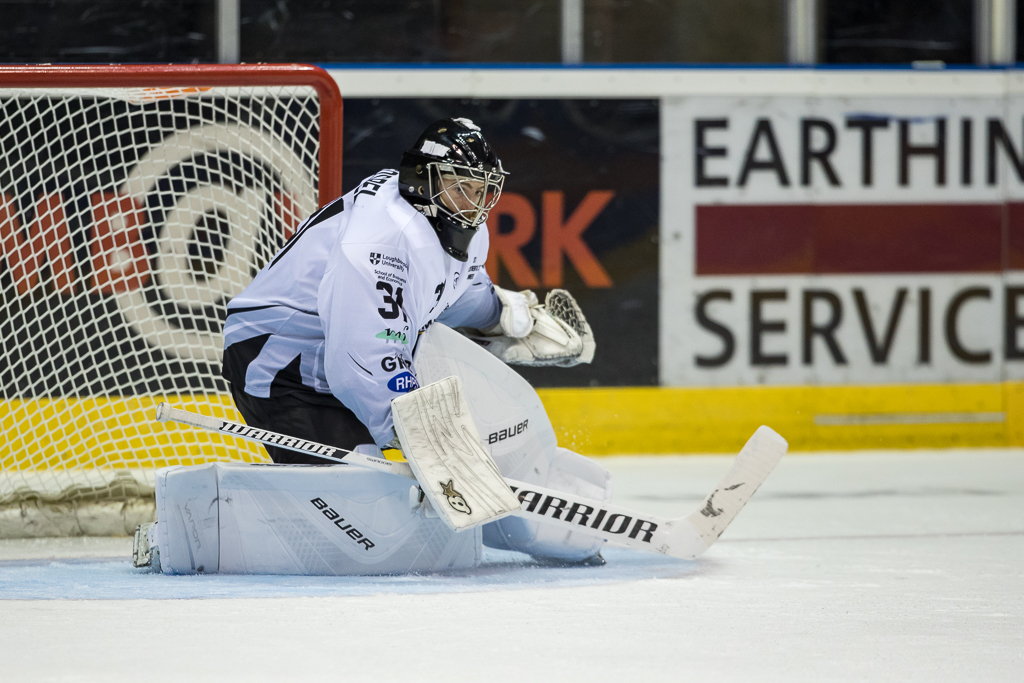 The conversation starts with where the game of ice hockey came into Sam's life, which players stood out to him in his early days as a fan, when netminding came to the forefront and who he's modelled his game on over the years.

Sam then gets into how he got involved with the Panthers, why training with the main team in Nottingham gave him a huge advantage over others his own age, his interactions with then Head Coach Corey Neilson and what he learned from players such as Craig Kowalski.

The netminder then takes us behind the scenes of his Panthers' debut which came during the 2012-13 season when he was part of a three netminder shut-out and talks about his mad cap dash to Belfast the night after the Panthers secured the league title.

One of the more infamous games to ever take place at the Motorpoint Arena came when Sam was drafted in as an emergency starter for the Sheffield Steelers, in the second leg of the 2014/15 Challenge Cup Semi-Finals, and he breaks down how that transpired and his memories of a painful night for Panthers' fans that saw him lead our arch-rivals to a dramatic penalty shootout victory.

Sam joined the Panthers full-time during 2017/18 season and formed partnerships with the likes of Patrick Galbraith, Patrick Munson & Michael Garnett over a two season spell before a loan spell to Telford (18/19) and a couldn't be turned down opportunity with the newly formed Leeds Cheifs (19/20) came to fruition.

All of that and much, much more in another not to be missed episode of The Nottingham Panthers' Audio Experience, in association with The Nottingham Building Society.

You can watch Sam through the thumbnail below or listen to him wherever you get your podcasts (Spotify, Apple Podcasts, Google Podcasts etc.) here.