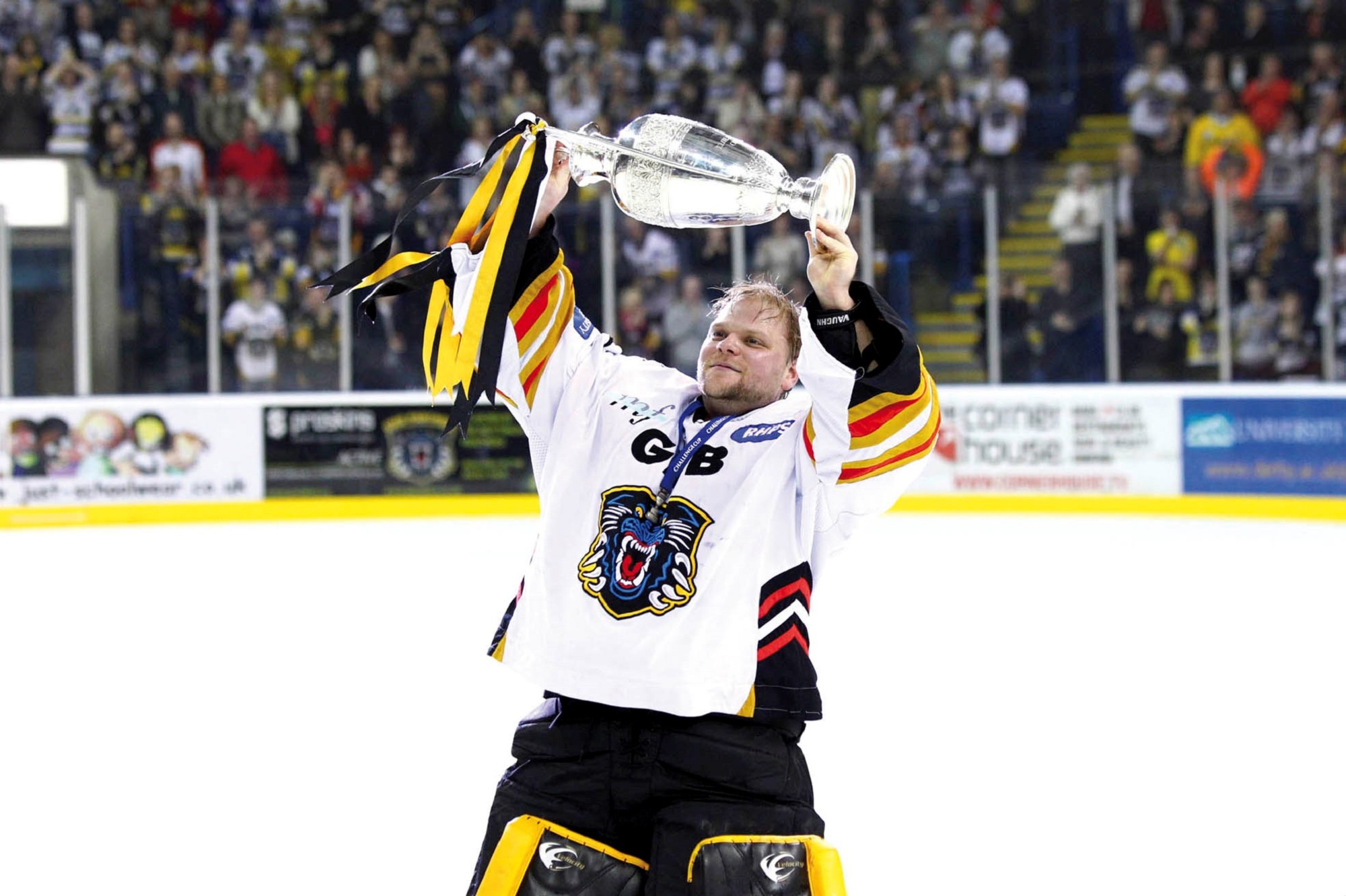 The netminder back stopped the Panthers to nine championships in five seasons, from 2010 to 2015, and he talks about all the big moments in a conversation that is sure to bring a smile to your face as you go down memory lane.

There's stories a plenty about characters such as Jordan Fox, David Ling & Corey Neilson plus the netminders perspectives on the Challenge Cup, Playoff & Elite League triumphs during his time in black & gold - all told with the razor sharp wit you'd expect.

He also gets into the bench clearing brawl in Coventry (did he say anything to Brad Cruickshank to instigate the incident?), European adventures in the form of the Continental Cup/Champions Hockey League, why he fell in love with Nottingham, how injuries took there toll on him in his last few years as a player and much, much more in a not to be missed episode of The Nottingham Panthers' Audio Experience, in association with The Nottingham Building Society.

You can watch the conversation with K-Wall, the fiftieth episode of the Audio Experience, through the thumbnail below or listen to it wherever you get your podcasts here.