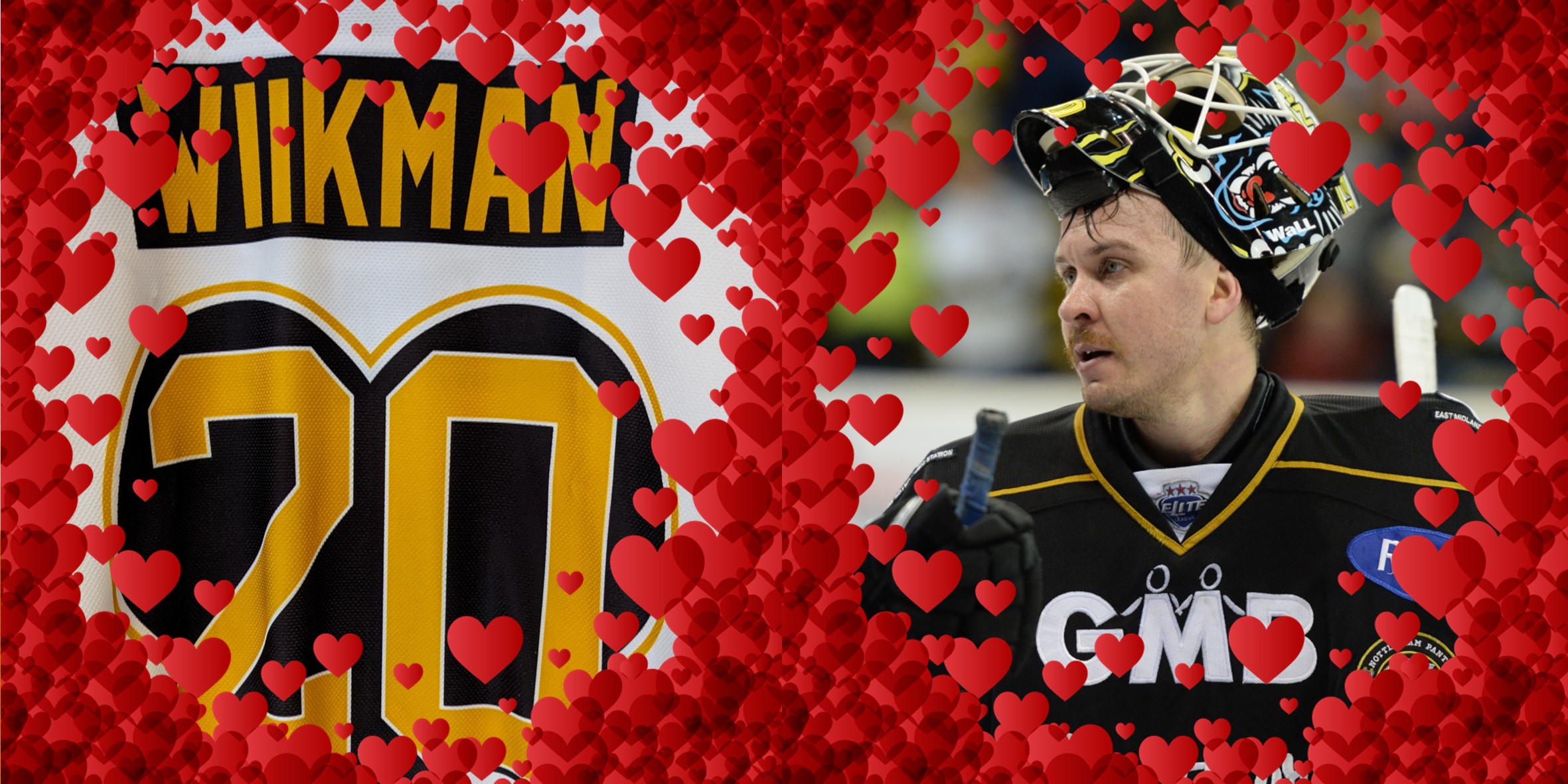 Section number three of this year’s heart breakers, heart racers and heart throbs shirts’ raffle got off to a flying start on Monday with five more designer jerseys on offer.

Included in this batch are netminder and fashion guru Miika Wiikman who was always bang on trend with his clothes choice as he walked into the arena for home games AND points legend Paul Adey who was the subject of a risqué made-up anecdote about the opposite sex at one annual awards show. Even though it was obviously a gag that had been adapted for the Panthers’ star forward at the time, his then girlfriend quietly asked the compere after the show if it had been true? The compere owned up and admitted he’d made the whole thing up!

Our Valentines’ shirts online raffle has moved seamlessly into week three with the aforementioned two players and three more making up another batch of fans’ favourites in the latest draw of top prizes.

With our idea of a heart-breaker being a netminder who broke the hearts of opponents who thought they were about to score PLUS a couple of heart-racers who got the fans pumped when they stole in on goal at the other end of the ice AND perhaps a couple of heart-throbs who could have looked as at home on the cat-walk as in a Panthers’ uniform, this week’s lovers and fighters full line-up is: