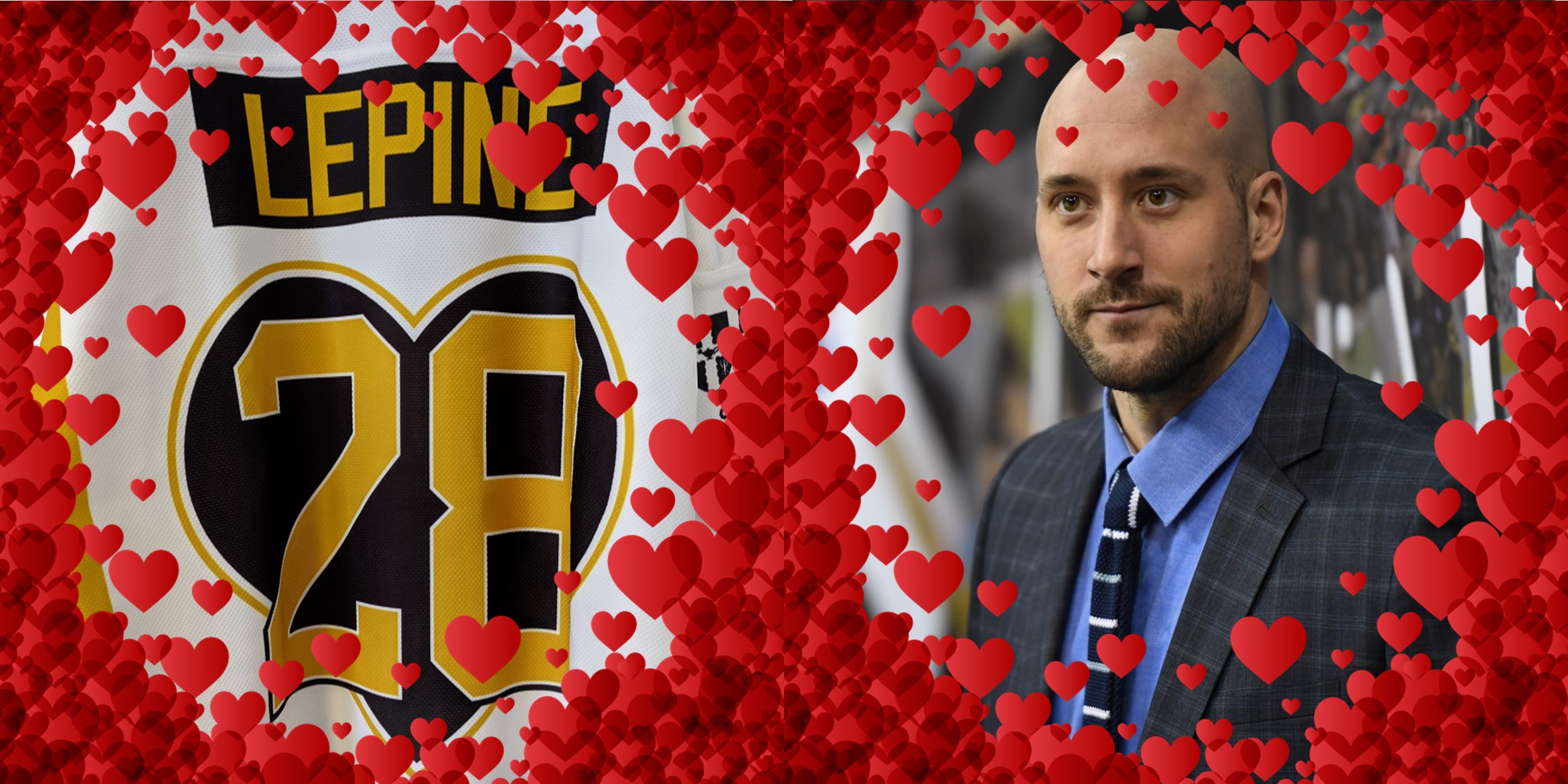 Ruggedly handsome defenceman Gui Lepine looks pretty good when he patrols the blueline and when he steps up to protect his team mates out on the ice but he looks pretty sharp in a suit too.

Now, he could be your 2021 Valentine or at least you could win his Valentines’ special shirt in this week’s draw. The Montreal native is one of five Panthers’ favourites featured in the latest of our on-line raffles. This one runs until Sunday night at nine o’clock.

Also in this week’s draw is Juraj Kolnik, who was arguably the most complete hockey player ever to wear a Panthers’ shirt helping the club to a cup and play-offs double in 2015-16 and racking up 57 points in 50 regular season games which were evenly split between goals and assists as was his time evenly split as a forward who never shirked his defensive duties.

His namebar and number emblazon another of the FIVE prizes in this week’s on-line raffle of unique Panthers’ Valentines jerseys.

It’s the third of our four raffles to features our heart breakers, heart racers and heart throbs line-up.

Also included in this batch are netminder and fashion guru Miika Wiikman who was always bang on trend with his clothes choice as he walked into the arena for home games and club points legend Paul Adey along with former captain Sean McAslan.