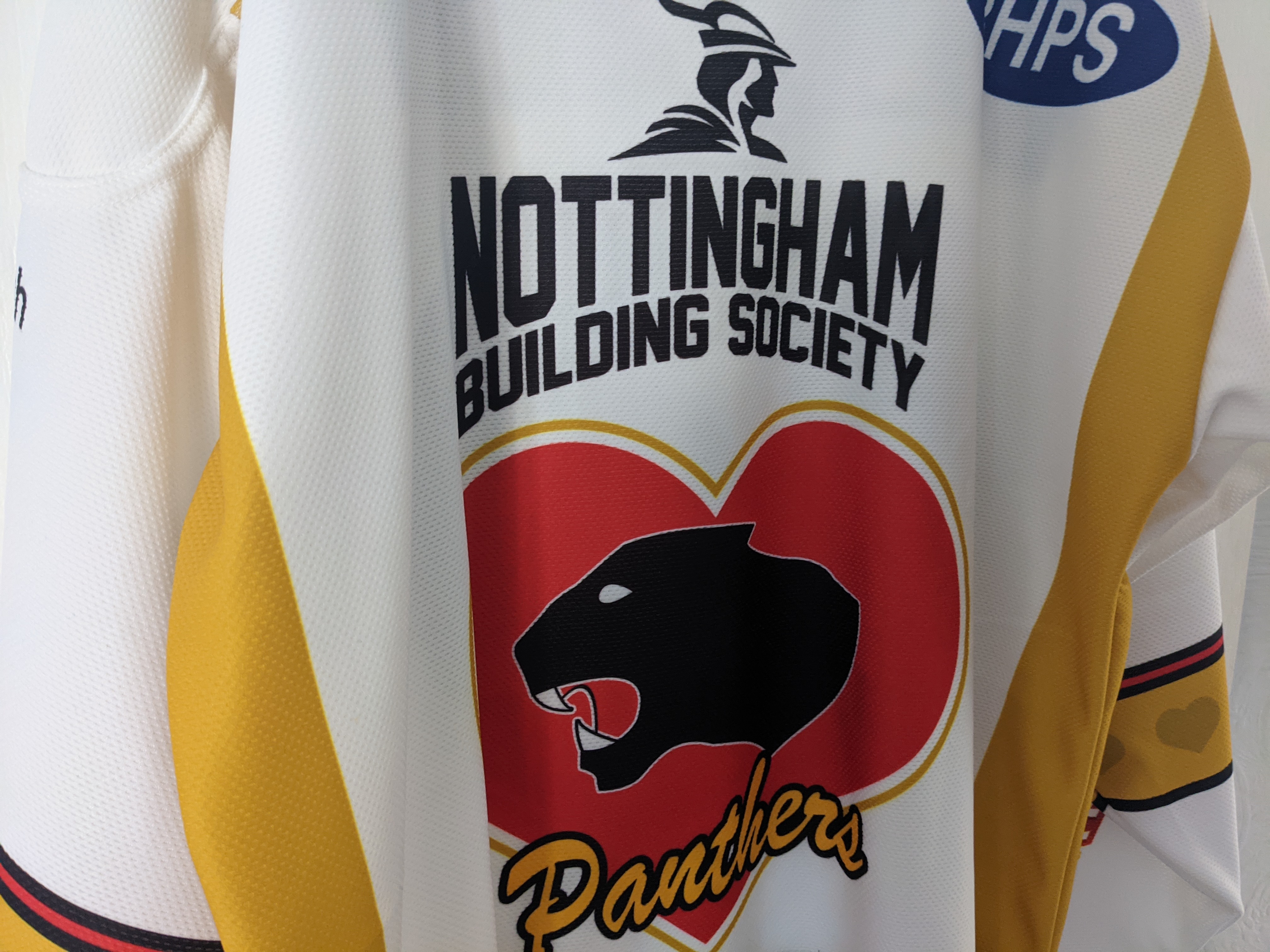 Fans’ favourite Jeff Brown is featured alongside four other popular players in the last of our Valentines’ shirts online draws.

Fans could rely on Jeff, who studied at the Loughborough University during his spell in Nottingham, to put in a shift every time he stepped onto the ice. He had 75 points in 113 games over his two-seasons in the black-and-gold alongside 140 penalty minutes.

Now fans have a chance to wear his black and gold and heart decorated designer jersey. It’s one of the five unique prizes up for grabs in this week’s on-line raffle with tickets on sale until Valentines’ Day itself at nine o’clock in the evening.

This is the fourth and final selection of this year’s competition-winning designer Valentines’ jerseys and the draw line-up this time around also features amongst others netminder Trevor Robins who was an intense player who hated to loose and whose emotions started to build up over several days before big games. Joining Jeff Brown up front are recent era forwards in the shape of Chris Lawrence and Johan Molin as well as current star of the Panthers and Great Britain Ollie Betteridge.