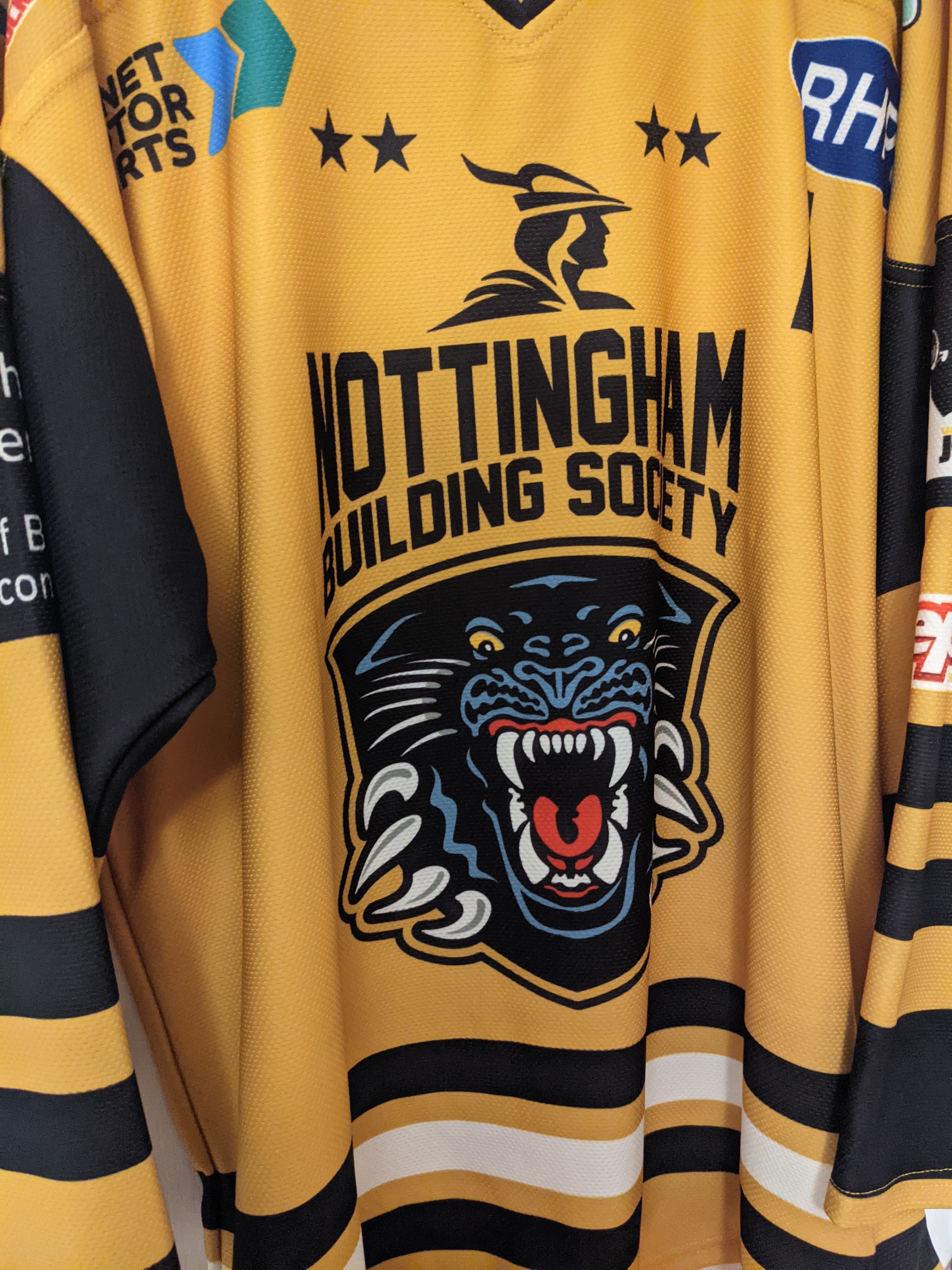 Our Grand Slam celebrations continue with the second of our four replica shirt raffles with another five prize haul on offer.

2012-13 season was the biggest in the Panthers’ long history when the Panthers’ name was etched onto the League Championship Bowl, the Challenge Cup and The Play-Offs Trophy.

We’ve had jerseys made up to celebrate the squad and in round two, on defence, we’ve got the Best of British with Jon Weaver alongside the immovable mountain that was Jason Beckett.

Coach Corey Neilson can be heard, through the link in the Radio Buzz section, talking about Grand Slam season on Panthers’ Radio with XYNOMIX where he praises the likes of Jason Beckett’s contribution, not least in the game that clinched the league title.

The official prize list for GRAND SLAM RETRO RAFFLE # 02 is:

This draw runs until Sunday March 7th at nine o’clock in the evening.

The number of tickets is limited as usual so with an amazing five prizes this week your chances of winning are multiplied many times over.