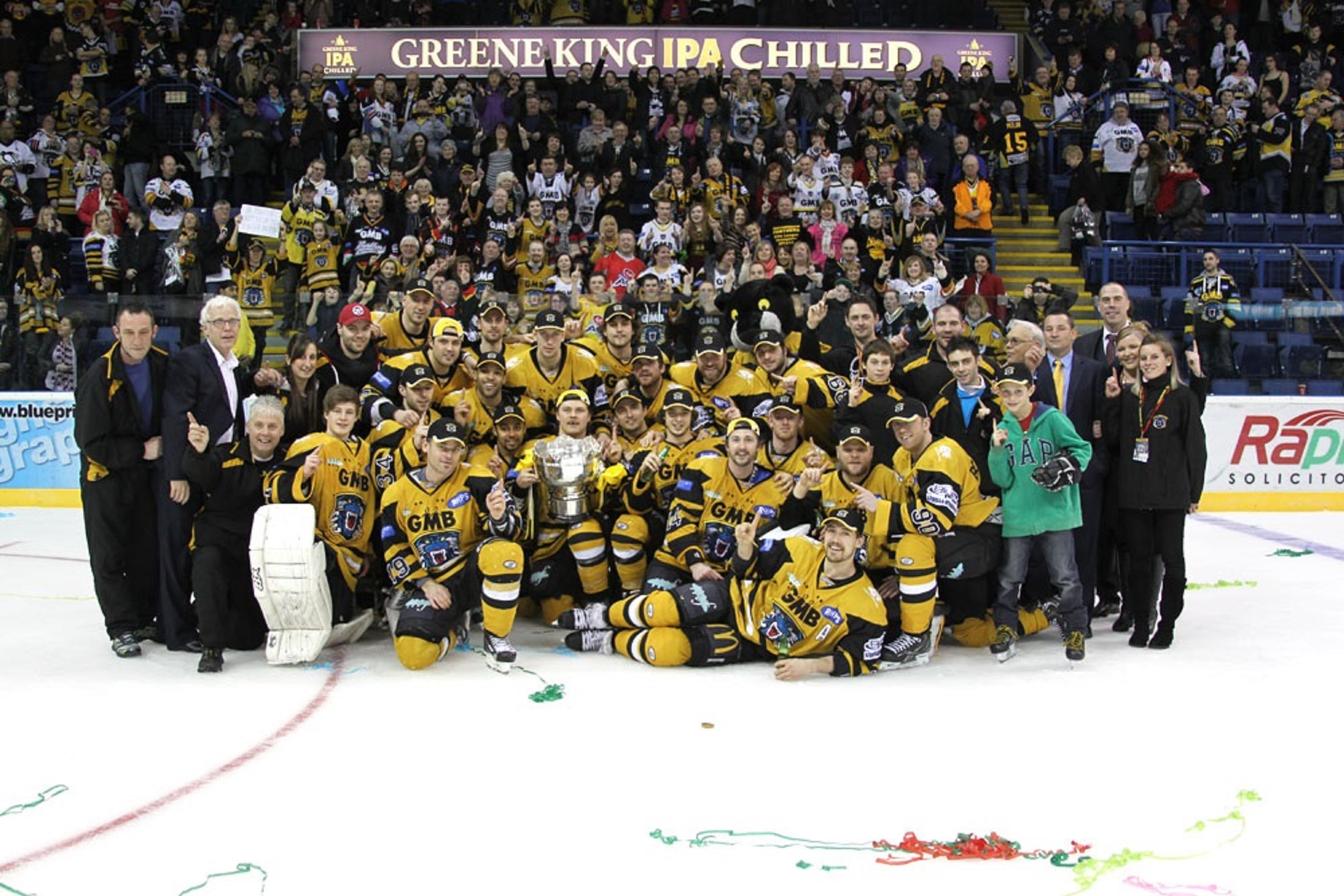 It's the final weekend of our Grand Slam anniversary celebrations and we've got three very publishing three very special pieces of content this weekend to once again take you down memory lane.

First up at 6.00pm on Saturday night it's a very special episode of The Nottingham Panthers' Audio Experience, in association with The Nottingham Building Society, on PanthersTV, with Jeremias Chimney Systems, as fourteen faces from that famous 12/13 season get together to talk about their memories with a ton of laughs along the way.

Then 15 minutes after that wraps up we're off to the home of the Hull Stingrays for a memorable game from the Grand Slam season. It features a stellar performance from a young Ben Bowns (who will be wearing the black & gold of the Panthers for April's Elite Series) in goal for the Stingrays, plenty of chippiness and an amazing atmosphere created by the travelling Panthers' fans who knew a positive result plus other games going in their favour (which they did) meant that Nottingham would be one win away from the Elite League title.

Sunday then brings the homecoming game to PanthersTV at 4.00pm, the Cardiff Devils were the first team to visit the Motorpoint Arena after the Panthers clinched the Elite League title in Belfast and we've got the entire game including the on-ice post-game presentations for you to enjoy.

It's a not to be missed weekend that will bring back some of the fondest memories of ice hockey in Nottingham and we hope you enjoy every second of it.

You can set your reminders for all of the above through the thumbnails below.

DON'T FORGET: You could win a modernised replica of the jerseys worn during the Grand Slam season in our latest raffle, we've got SIX prizes on the line and it's your last chance to win one of these stunning shirts. The draw takes place on Sunday March 21st and it's only £1 to enter, get your tickets here.