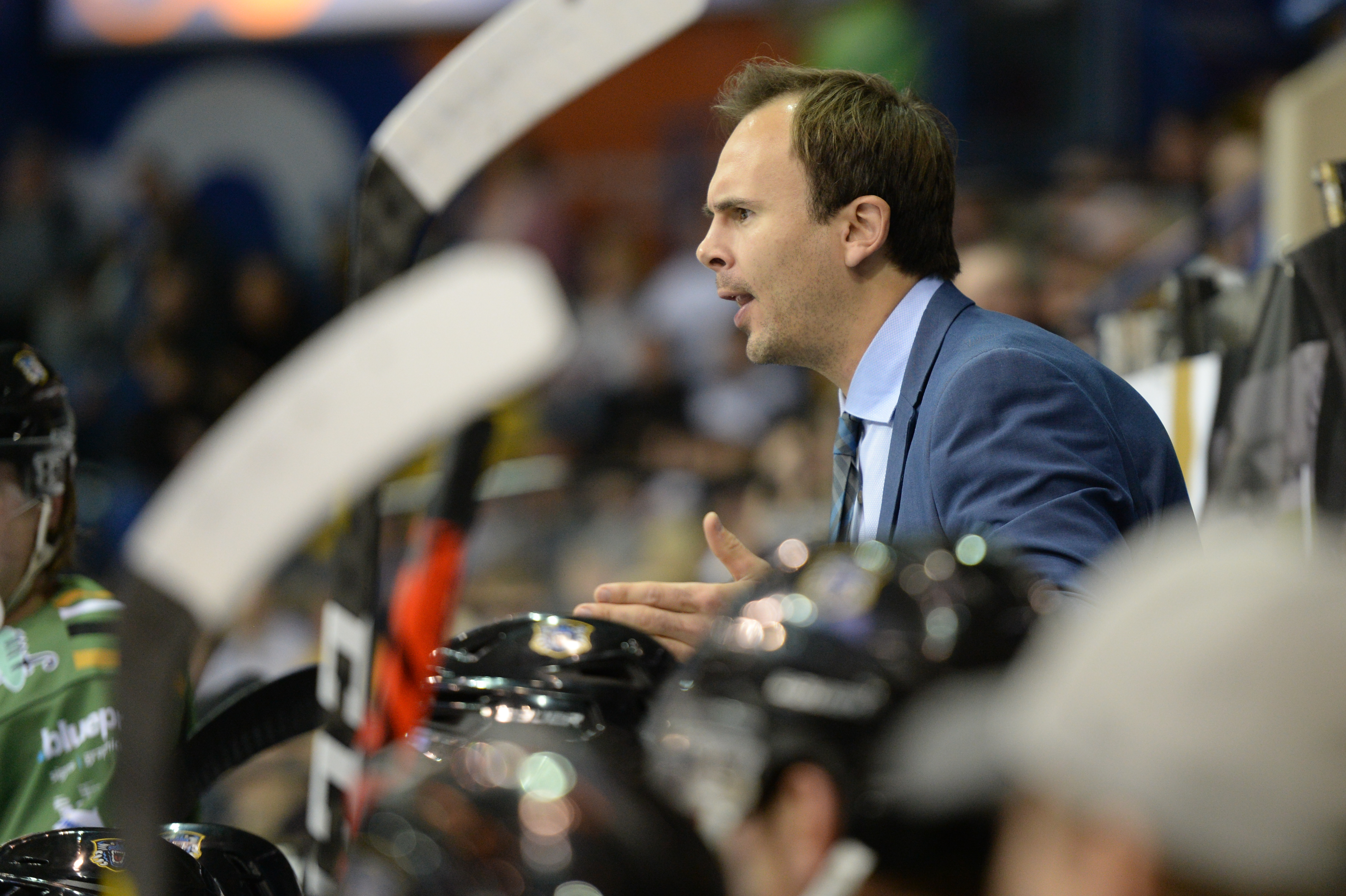 Panthers’ Radio with Xynomix caught up with Head Coach Tim Wallace who had to miss Sunday’s defeat to Coventry in the Elite Series because of isolation precautions from track and trace.

He reports that he has no symptoms and continues to get negative results from his daily testing routine so he’s on track to be back with the squad and out of his hotel bedroom at Jurys Inn for the game against Manchester on Tuesday.

He does admit to suffering a ‘little cabin fever’ whilst being stuck in his room and only able to watch the webcast of the match in which he admitted his team was outworked by the Blaze.

But he says he still ‘believes in the group’ and is confident they will ‘peak at the right time’.

PANTHERS VERSUS MANCHESTER WILL BE STREAMED LIVE FROM THE ELITE SERIES ON TUESDAY AT SEVEN.