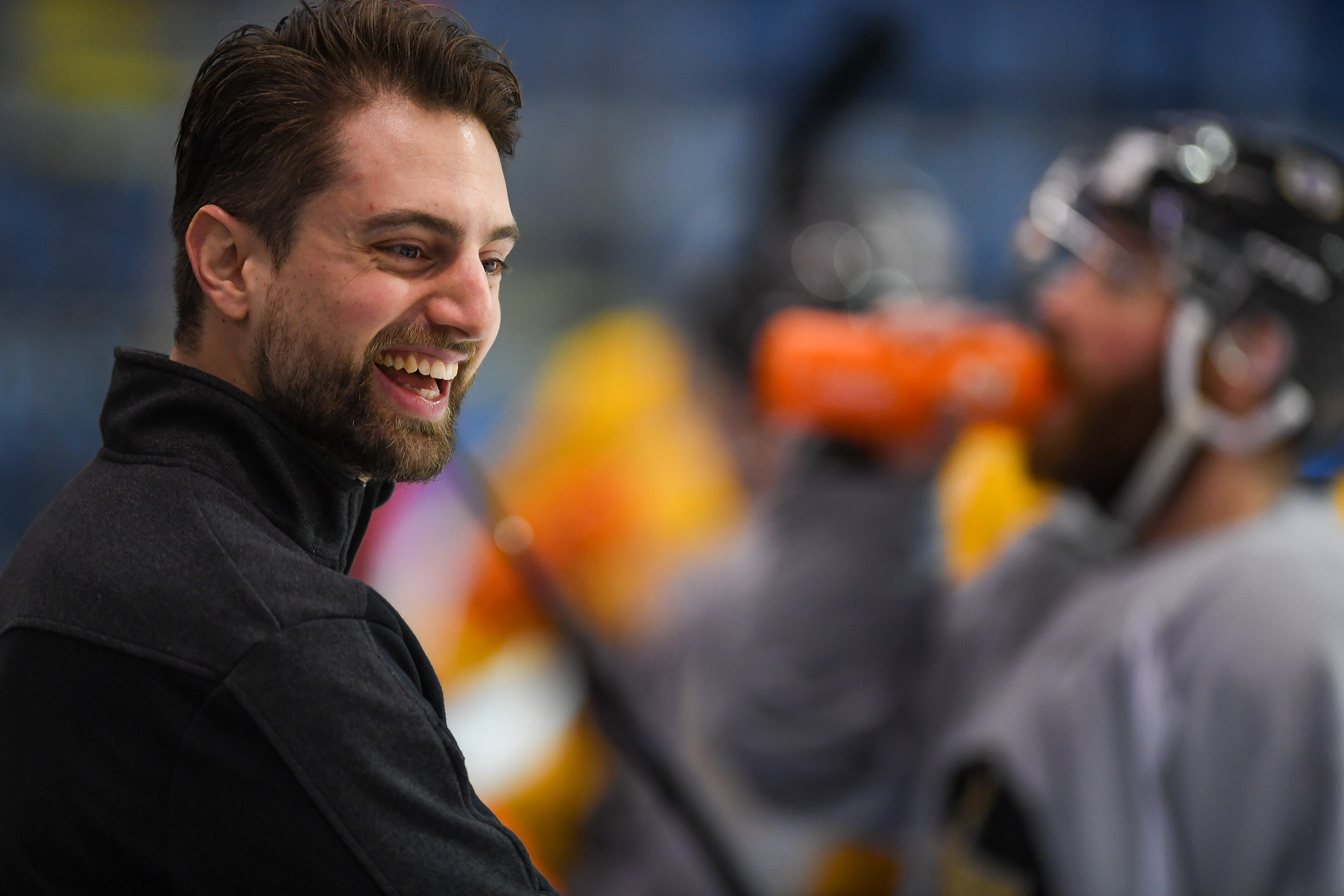 Work on the paperwork to get new signing TAYLOR DOHERTY to the UK for the INTERMOTOR sponsored Diamond Jubilee Cup in September is already underway.

Meanwhile, THE NOTTINGHAM Panthers’ Director of Hockey, Gui Doucet, believes the club has added another player who will suit the way the Panthers play the game.

Doucet has been talking to Panthers’ Radio with XYNOMIX and says Doherty moves well for a big man and moves the puck well too. He revealed the former second round NHL draft pick had turned down bigger offers to “come to a club where he can win championships”.

Hear Gui Doucet on the latest signing right now through the link in the Radio Buzz section, with XYNOMIX.

See new signing TAYLOR DOHERTY on the ice at the arena on Sunday September 12th in the Diamond Jubilee Cup against Cardiff and on Saturday September 18th against Sheffield in the Aladdin Cup. BOTH GAMES SPONSORED BY INTERMOTOR.