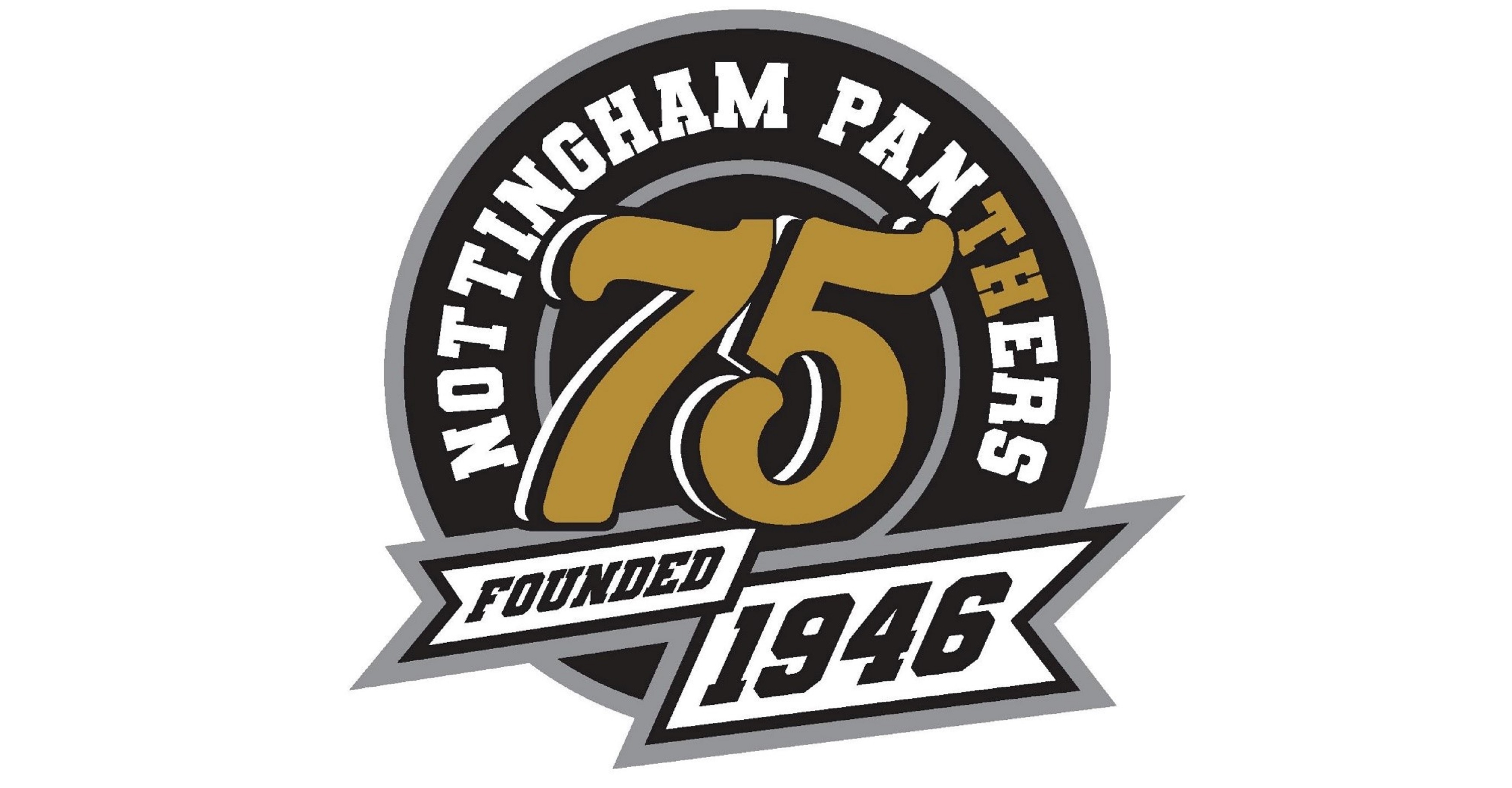 We’ve got a special logo to celebrate THE NOTTINGHAM Panthers’ 75th Anniversary Season and it will be added to the playing shirts and other merchandise in the coming campaign.

The 2021-22 playing jerseys will be unveiled at a special event on Saturday September 4th (two o’clock at Saltbox) with replica shirts going on sale at Ice Locker just a few yards away in the foyer at the arena straight afterwards.

There will be four main designs in our Diamond Jubilee year with the home and away shirts being joined by a third (cup) jersey and a fourth (75th retro shirt) added to the collection.

The designs are a closely guarded secret ahead of launch day but we can whet your appetite today with the new logo which will appear on the right side of the front of the jerseys.

Panthers are the oldest English club in the top flight of British ice hockey and the club’s proud history has seen the team bring many a piece of silverware to the city of Nottingham.

As well as countless domestic trophies Panthers are still the only team from the UK ever to win a European title (Continental Cup 2017) and we have the best record of success in the European Champions’ Hockey League too.

The new one-off 75th Anniversary logo will give all of our shirts this year a special feel and we’ll be adding it to the various special shirts for events like Christmas, Halloween and Valentines which were designed by fans during lockdown and will be worn by the team along the journey of season 2021-22.

That journey starts on the weekend of September 11/12 with the celebratory Diamond Jubilee Cup clash against Cardiff Devils. The Sunday deciding leg faces-off at the Motorpoint Arena at four o’clock. Tickets are on sale now.

Panthers’ pre-season training camp and the two curtain-raising games against Cardiff and against Sheffield (Saturday September 18th) are sponsored by INTERMOTOR.

The Cardiff game will be the first time fans have been allowed in to watch the team in action for 80 weeks. We can’t wait to SEE YOU THERE!

Thank you for your support. Be safe, feel safe, wear masks as much as you want to.

PANTHERS ARE BACK. ICE HOCKEY’S BACK. THE FANS ARE BACK!

TELL YOUR FRIENDS…THE BEST SPORTS NIGHT OUT IN NOTTINGHAM IS BACK – SUNDAY SEPTEMBER 12TH – ON SALE NOW!