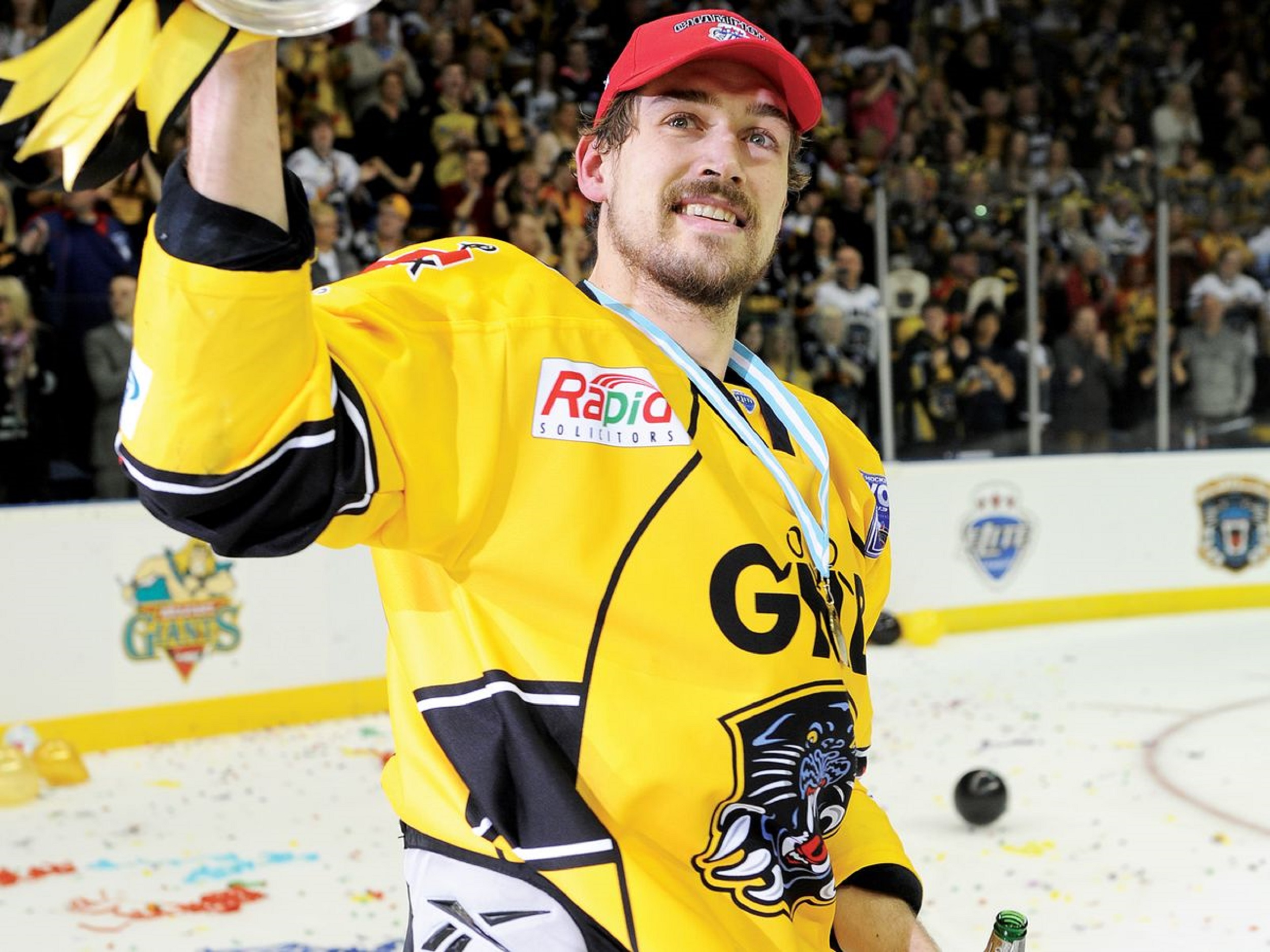 THE NOTTINGHAM Panthers are delighted to confirm the return of Matthew Myers for the start of the 2021/22 season.

No stranger to the club, this will be the 36-year-old’s fourth spell in the black and gold. Overall he has nearly 20 trophy successes in the UK with eleven of them coming during his time in Nottingham (five playoffs, five Challenge Cups and one league title).

During his time away from the Panthers the hulking forward was a key player in the resurgence of the Cardiff Devils in all he has played in over 900 Elite league and cup games and has racked up over 500 points.

Matthew is also a veteran of over 100 international games with Team GB.

Director of Hockey Gui Doucet says adding the experienced forward to the roster for the new season was a ‘no brainer’: “We all know what Matthew brings to any team he’s on. He’s been looking to move to Europe and we find ourselves still looking for a player.

“He brings leadership, he’s a consummate professional, he’s a big body, he’ll get in front of the netminder, he’ll go to the dirty areas and he all but guarantees you a face-off win and if your team has the puck it makes it a lot more difficult for the opposition to score.

“I’ve played against Matthew and been a team mate of his and I can tell you that I’m ecstatic to have him on our side for the coming season.”

You can see Matthew back in the black & gold of THE NOTTINGHAM Panthers for the first time since 2016 on Sunday September 12th when the Cardiff Devils visit the Nottingham Arena for the second leg of the Diamond Jubilee Cup, get your tickets here now.